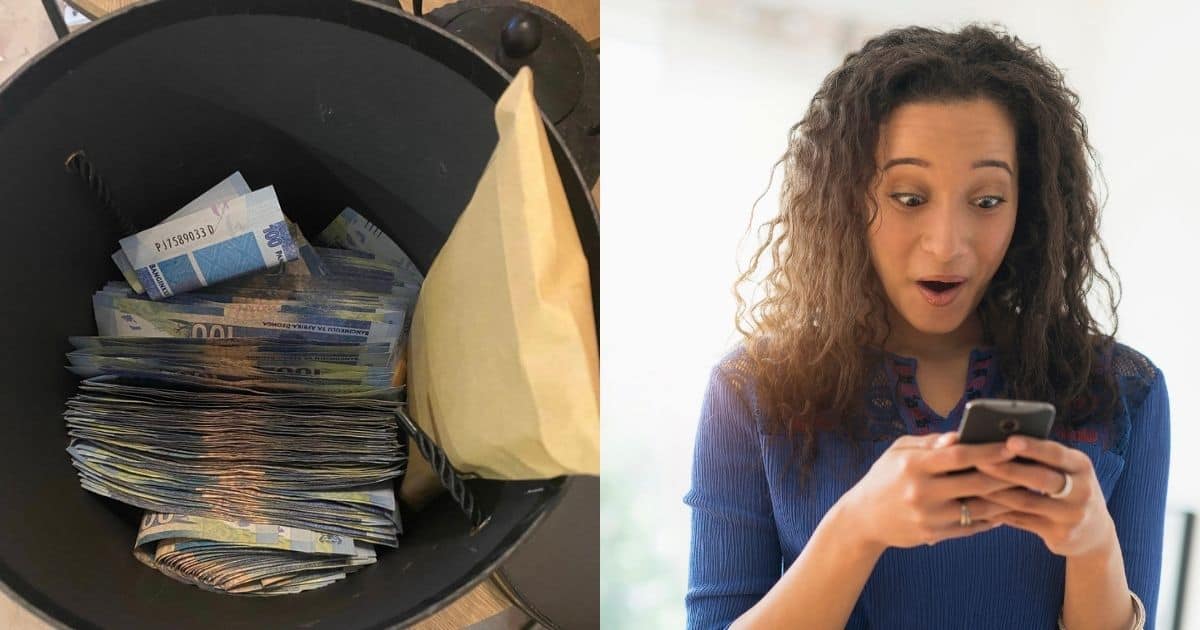 Woman pays insane payment to Stokvel, people try to take photos: “You took my breath away with every photo”

PAY ATTENTION: Click “View First” under the “Next” tab to briefly see the news on your News Feed!

@ Thlolo15March (Thlologelo) on Twitter opened a discussion on stokvels after sharing a snapshot of his alleged payout. Thlologelo’s now viral photo shows a bucket full of R100 notes and a brown envelope.

South African social media users are sharing screenshots of their bank accounts in response to his post. It appears that many of the people who responded to the post took the time to save money in 2021.

A number of locals also questioned the legitimacy of Thlologelo’s insane amount of money. Her Publish still gained 12,700 massive likes on the microblogging app as it went viral overnight.

Groom can’t contain himself when ‘Nkao Tempela’ plays, let the bride break him

“Yeah, saving isn’t easy but it’s worth it. I go on and treat December like any other month. I want to travel once unvaxxed people are allowed to fly.”

“I took mine directly to drop it off.”

Another resident decided to call him for allegedly stealing the photo

It turns out that the two images were shared around the same time. With Thlologelo sharing hers first and Christine Moyo on FB sharing it a few hours later.

Men flexing crazy money in one video, Mzansi left drooling: “Where do they kanti work?”

In other news about homies flexing their guap, Brief News previously reported that a video of a group of men handling an insane amount of money let Mzansi down.

It is not known where he was taken, but the crew were seen enjoying a moment of relaxation with their catch in the comfort of their own home. The 72-second clip was shared on social media by popular Twitter user @kulanicool and showed countless R100 notes hidden in a small box.

“Where do you work, Kanti?” The stunned influencer captioned the video.

A vocal guy in the video, which has been viewed nearly 60,000 times, vehemently pointed out how much money is in their possession.

Traveling to Romania: a short guide to the new passenger tracking form