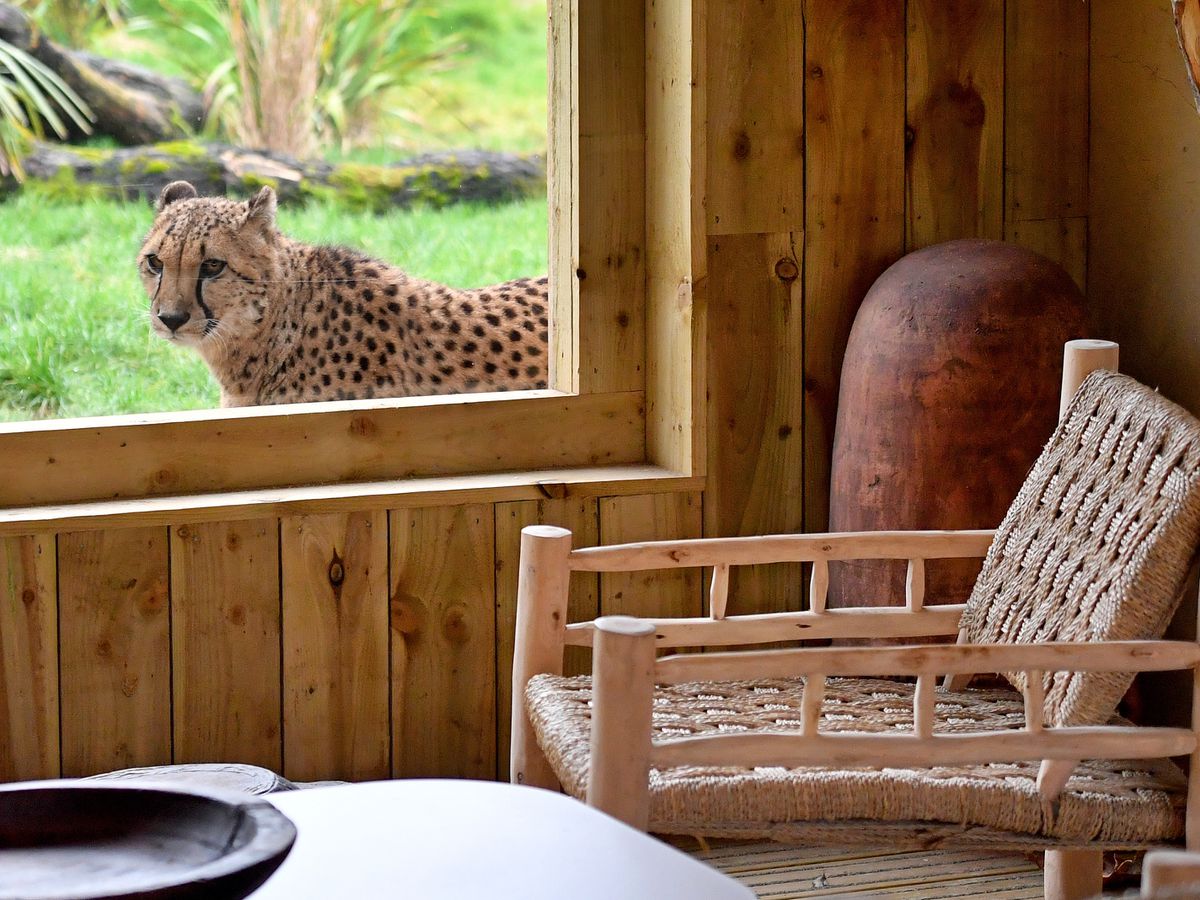 West Midland Safari Park: Rhino lodges on the way as Cheetah rooms sell out in no time

Eight lodges next to elephants and cheetahs opened last year and now accommodation is being built where people can stay close to giraffes and rhinos as the safari park near Bewdley seeks to increase its offer – and his income.

Existing lodges, which mimic African lodges, have proved so popular that they are fully booked until next winter despite costing at least £170 per adult per night.

Six offer the only overnight accommodation experience with elephants in the UK, while the other two are next to the cheetahs, also the only such experience in the country.

In future giraffe pavilions, guests will be able to come face to face with the park’s eight giraffe tower from the first-floor balcony.

Rochelle Zare, marketing manager at the zoo, said: “According to the plans, they are going to be amazing and provide a real escape for guests.

“As part of this we wanted to provide investment for animal facilities, the priority for us is always to improve animal shelters, and the introduction of lodges has provided an additional financial flow to help with this.

“We were able to build a new elephant house, with 24-hour access to indoor and outdoor enrichment areas.

“The work began last October and will end in April.”

Along with new accommodations and habitats for the animals, the park will also install trails so day visitors can see giraffes and African elephants on foot for the first time since the park opened in 1973.

And the changes don’t stop there, as the park will soon apply for planning permission to build tiger lodges for late summer.

Rochelle added: “We would build two tiger lodges which would allow us to improve animal housing for the tigers in our collection.

“Moving forward, we’re seeing great success with the lodges, people are really excited about them.

“The reaction is huge and really positive, so we want to try to improve and reinvest in our animal areas.

“There are discussions about whether to consider lodges for the other species we have and we hope to build on that and expand our portfolio.”

Meanwhile, the red panda is now part of the wildlife inhabiting West Midland Safari Park for the first time.

The new exhibit is on the park’s Discovery Trail for Safari Park guests and includes newly renovated cabins that overlook the red panda’s habitat for overnight stays.

Dubbed “Red Panda Retreat,” the exhibit features the new home of a female red panda named Mei Lin, who was born in 2020.

It is hoped that she will be joined by a male in the coming months as the park looks to contribute to European breeding programs.

The positive reaction to the lodges and new exhibits has been warmly welcomed by the park, which, like so many attractions, has been going through a difficult time due to the pandemic.

Rochelle said: “It was a difficult time during the pandemic, we had to close the park, but we still had to take care of the animals every day.

“But we overcame that and saw a lot of success from that.

“We had a lot of visitors last year, which allowed us to catch up.

“We are proud to have maintained our staff and to have reopened as normal when we could.

“There was a huge appetite from people to get out and have fun when they could after being locked down.”

Swimming pool credit: What you need to know about financing a swimming pool