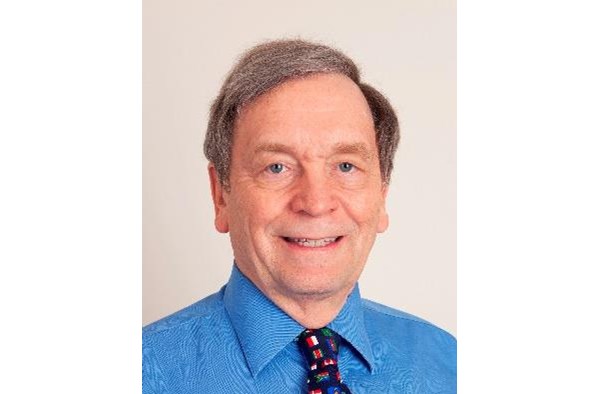 Barry leaves behind a large number of friends he has remained close to – from elementary school through high school and middle school – to his closest friends at his US Naval Security Group unit in Kamiseya, Japan. He has also remained a close correspondent and friend with several professional colleagues, a number of former staff of his higher education positions and many others who have served with him as a volunteer or active member of the community.

He graduated from Circleville High School in June 1966 and entered the United States Navy the same year.

After his stint in the Navy, he attended Ohio University, where he received his BA in Journalism and, later, an MA in International Affairs.

He returned to Circleville in 2009 when he retired.

Barry entered the US Navy directly after high school in 1966. His service includes assignments as a Crypto Technician and as a Naval Reserve Intelligence Officer on a Rapid Support Team of the United States. fleet intelligence.

Often working overseas, as well as in the United States on special initiatives, as an officer, he has been trained in image interpretation, area threat analysis and counter- insurrection. After his first four years of active service in the Navy, stationed in Japan, the Philippines and the waters off Vietnam, he served in the Naval Reserve for 18 years with postings with NATO in Stuttgart, in Germany, the staff of the Southern Command of the United States Navy and Response of the Sixth Fleet of the United States Navy and change of flag of the Kuwait Maritime Transport.

Barry has had a distinguished career in higher education at four public universities for almost 40 years, including 10 years at his alma mater, Ohio University, as director of alumni relations.

He would later hold similar positions at the College of William and Mary in Virginia, Florida State University, and the University of Houston, and served as an assistant professor at Franklin University during his retirement years.

Over the course of his career, he has received numerous accolades, including national and regional honors, national and local awards, recognition and service for publications, special events, professional programs and achievements, and volunteer service.

The Ohio University Scholarship Endowment Fund in Barry’s Name, established by OU board members, colleagues and friends when he took on a new position at William and Mary, is important to the community of Circleville. The W. Barry Adams Scholarship Fund has enabled more than 25 students from Circleville High School to obtain a first year scholarship to OU in Athens which amounts to approximately $ 1,000 per year.

In 1994, Ohio University awarded Barry its highest alumni award, the Medal of Merit, for Distinction in Academic Advancement and Service to Alma Mater. In 2006, the Council for the Advancement and Support of Education (CASE) awarded him a Lifetime Achievement Award.

At Franklin University, where he taught courses in global issues, public relations and communications for five years, he received an award for excellence in teaching.

Barry’s dedication, expertise and steadfast faith in the advancement of public education ultimately led him to serve as retired President of the Circleville City School Foundation (CCSF). He played a key role in the success of the CCSF with new funding programs, grants and scholarships for Circleville students.

Past positions include stints as a volunteer coach, member of the board of directors of the Humane Society, and founding member of the board of directors of a community health foundation. A former volunteer at the National Veterans Memorial and Museum in Columbus, Barry has also served on several occasions on the Maintenance Committee of U.S. Senator Sherrod Brown’s Service Academy (for Ohio students applying to service academies) and has served on the Columbus Dispatch Reader Advisory Board throughout 2019.

Barry was a seasoned traveler having visited 57 countries on six continents in his lifetime, starting with his two-and-a-half-year residency in Japan while in the Navy. He continued to discover other cultures through business and personal travel. Highlights included walking the Great Wall in China, visiting Machu Picchu in Peru, enjoying an African safari, seeing the Sphinx and the Great Pyramids in Egypt, discovering Havana, Cuba, and hiking the Grand Canyon .

Barry was also an avid photographer and always read a good book. Barry enjoyed golfing throughout his life, watching birds and was happiest when there was a dog in his life.

In lieu of flowers, Barry asked for donations to be made to the W. Barry Adams Scholarship Fund at the Ohio University Foundation, Box 869, Athens, Ohio 45701.

Donations can be made by personal check, credit card or online (www.OhioUniversityFund.com go to Donate to Ohio University) and be sure to designate your donation as restricted for the W. Barry Adams Scholarship Fund, an endowment fund that is bolstered each year by interest earned from the Foundation.

Contributions to the Kobacker House Hospice would also be encouraged where he received compassionate care in his last days (Kobacker House, 800 McConnell Drive, Columbus, Ohio 43214 or OhioHealth / KobackerHouse).

A ceremony at the cemetery will be reserved for family members and a celebration of life will be organized in the coming months.

Online condolences can be sent to www.wellmanfuneralhomes.com. Wayne adams

Published by Circleville Herald on October 11, 2021.