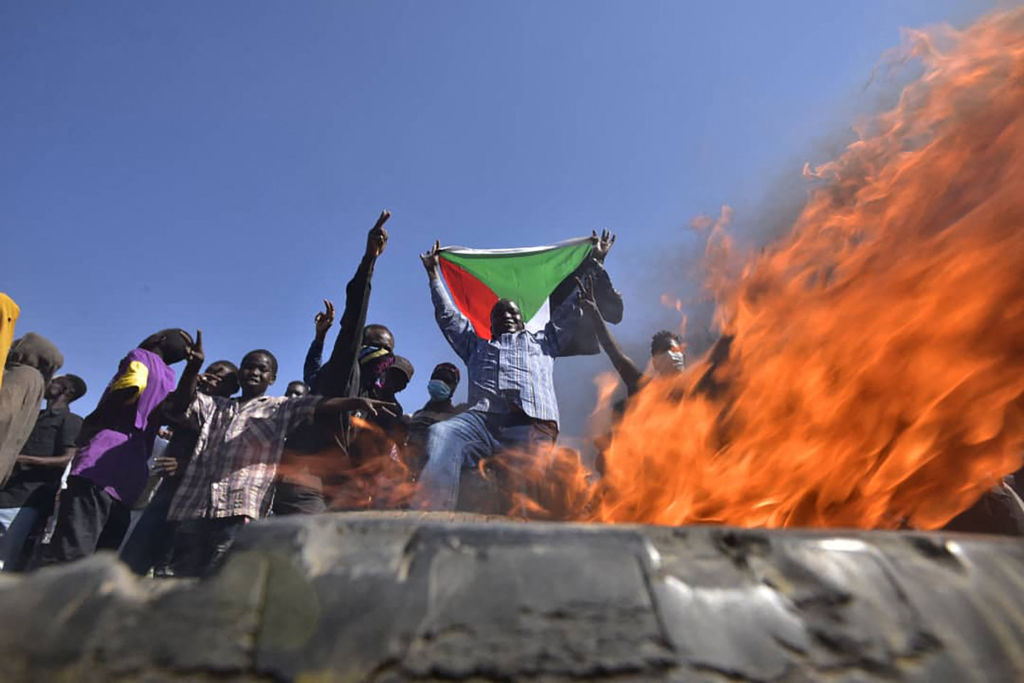 When a post-colonial country with little or no democratic tradition escapes a brutal dictatorship, it rarely becomes a democracy. Instead, he is likely to be faced with political chaos and foreign players scrambling for strategic advantage. This is what happened in Iraq after the fall of Saddam Hussein, and in Libya after the ousting of Muammar Gaddafi. Is Sudan doomed to the same fate?

So far the answer seems to be yes. When longtime Sudanese dictator Omar al-Bashir was deposed in a military coup in 2019, the same foreign powers that made Libya their strategic playground saw an opportunity to gain a foothold at the crossroads from sub-Saharan Africa and the Middle East.

Certainly, a sovereignty council was quickly put in place to lead the country through a transition to civilian leadership. But last month, just over a year before the end of the transition, Sudan’s military leader General Abdel Fattah al-Burhan dissolved the council and arrested civilian prime minister Abdalla Hamdok. A deal was reached on Sunday to reinstate Hamdok, but the news was greeted with widespread protests against what many pro-democracy Sudanese leaders see as a betrayal of their cause.

The perpetrators of the coup d’etat all served under al-Bashir. In addition, al-Burhan ordered the release from prison of senior officials of the now disbanded al-Bashir National Congress Party, as well as Islamist leaders. This has raised fears in Egypt and the United Arab Emirates that the new Sudanese rulers share the fallen dictator’s sympathies for their nemesis, the Muslim Brotherhood, a friend of Qatar and Turkey.

Yet military coups are rarely ideologically motivated. Instead, these are usually offers aimed at protecting commercial and economic interests. Sudanese military leaders were likely focused on safeguarding their gold mining, construction and oil businesses. The coup plotters are also probably hoping to protect themselves from accusations of international war crimes. After all, al-Burhan was among the architects of the Darfur genocide.

But that doesn’t mean countries like Egypt can rest easy. Turkey’s relationship with al-Bashir has brought major strategic benefits, including a 99-year lease on the island of Suakin, strategically located on the Red Sea.

While Turkey has repeatedly claimed that it plans to restore Suakin solely for tourism purposes, establishing a military outpost on the island seems likely. Al-Burhan’s government will not only maintain this lease, but also supplement it, leasing vast amounts of Sudanese land to Turkey for agricultural development.

Russia also has its eye on the Sudanese Red Sea coast. Last year, he signed an agreement with the Sovereignty Council that would allow him to keep up to four navy ships in Port Sudan. Russia, which has not had a naval base in Africa since the end of the Cold War, is eager for any Sudanese government to reaffirm the agreement.

One country that seems to have largely lost interest in Sudan is China. Unlike Libya, Sudan is not a large oil producer. It lost that position when South Sudan seceded in 2011, taking with it 80% of the country’s proven oil reserves. This probably explains why, from 2011 to 2018, China granted Sudan only $ 143 million in loans, far less than the nearly $ 6 billion provided, largely for power and transport projects. , between 2003 and 2010.

In fact, China’s interests in Sudan significantly overlap with those of the West. Given the strategic location of the Horn of Africa, both sides would prefer to see Sudan become politically stable and economically self-sufficient.

Then there’s Israel, for whom the takeover of al-Burhan is good news, at least in theory. Last year, it was al-Burhan and his associates in the military who backed the agreement to recognize the State of Israel and establish official diplomatic relations, making Sudan the fifth Arab country to do so. .

Sudanese nationalist civilian leaders were far from enthusiastic about the deal, although the promise of US President Donald Trump’s administration to remove Sudan from the list of US states sponsoring terrorism did so without no doubt softened. And the warring parts of Sudan remain keenly aware of Israel’s value as a conduit to America’s heart and wallet.

This awareness began with al-Bashir. Although he was a friend of the enemies of Israel, Hamas and Hezbollah, he also courted Israel. He believed that diplomatic normalization would win him US support and possibly end his indictment by the International Criminal Court. The rebel Libyan warlord, Marshal Khalifa Haftar, has now also reportedly approached Israel, with similar intentions.

But America’s interests in Sudan go far beyond securing support for Israel, and far outweigh its interests in Libya. For starters, after the Taliban took control of Afghanistan, the United States is under pressure to avoid yet another resounding defeat for democracy abroad. And consolidating a Russian and Turkish – and, potentially, Chinese – presence in the strategically sensitive Horn of Africa is the last thing the United States needs.

Moreover, while the conflict in Libya has done little to erode stability in the Maghreb, a war in Sudan would upset a precarious regional order. Neighboring Ethiopia is already mired in a civil war that threatens to turn into a border war with Sudan, which would disrupt South Sudan’s oil exports. And Ethiopia’s Grand Renaissance Dam on the Nile poses an existential threat to Egypt.

To avoid a regional conflagration, the United States must use its influence to mobilize support from Israel, Egypt and the United Arab Emirates for a transition to civilian leadership in Sudan. This would require bringing the Muslim Brotherhood under control and ensuring that any Sudanese government abides by the agreement with Israel. To secure a resolution of the Nile waters dispute, the United States has already threatened to withhold development funds for Ethiopia.

Sudanese civil society is doing its part by mounting a powerful campaign of resistance, despite brutal repression by the security forces. This mobilization has many points in common with the one that triggered the fall of al-Bashir. (No such campaign is visible in Libya.)

Sudanese protesters are not alone. The African Union has stepped up political pressure on al-Burhan, and Western countries and the World Bank have suspended aid. But more needs to be done. Only with the West – led by the United States – at its side can Sudan avoid Libya’s fate and resume the path to civilian rule.