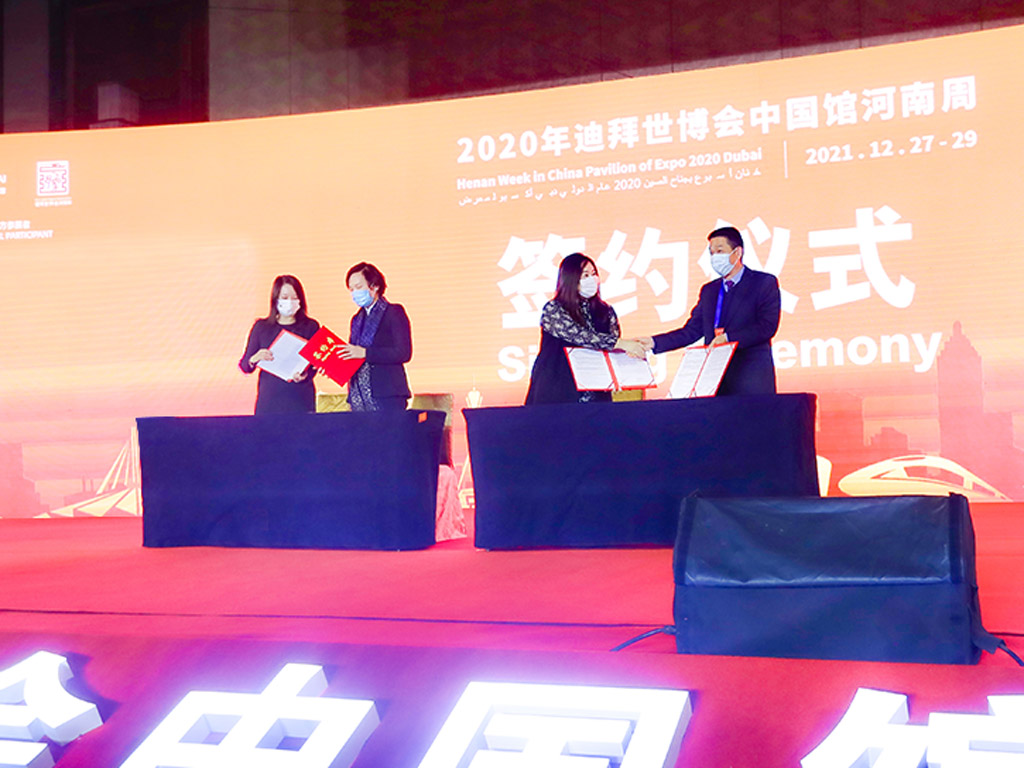 Travel, tourism and hospitality Etihad Airways of the United Arab Emirates and CGO of China to create “Air Silk Road”

Etihad Airways of United Arab Emirates and Zhengzhou Xinzheng International Airport (CGO) of China aim to jointly create an “aerial silk road” between Henan Province and Abu Dhabi, as well as expand CGO airport into an air cargo hub in the region.

Etihad Airways and Henan Province Airport Group, the parent company of CGO, a major national aviation hub and gateway to the central region of China, will establish a strategic partnership to strengthen air links between the Emirates. United Arabs and China.

This follows the signing of a virtual memorandum of understanding during the virtual event “Zhengzhou Week” organized by Expo 2020 Dubai China Pavilion from December 27, 2021.

The MoU contains plans for the potential operation by Etihad of scheduled freight services between Abu Dhabi International Airport (AUH) and CGO to create the “Aerial Silk Road” between Henan Province. and the Emirate of Abu Dhabi.

The MoU also covers the scope of cooperation between the two parties to make CGO Airport an air cargo hub in the region, and to diversify product sales and cargo distribution channels to the Zhengzhou Xinzheng International Airport.

Martin Drew, Senior Vice President of Sales and Freight, Etihad Airways said: “Etihad is very excited to see the potential to further expand its cargo footprint in China and create the ‘Silk Road’. air “between the emirate and central China with the Henan Group Province Airport. This will significantly improve the diversification of product sales and freight distribution channels in this region and strengthen economic and trade ties between the UAE and China, and beyond.

“As the national airline of the United Arab Emirates, Etihad Airways has played a key role in transporting vaccines and medical supplies within and outside the United Arab Emirates, through its professional medical logistics solutions. . Since the start of the pandemic, Etihad Cargo has operated 1,042 flights from Shanghai and Beijing, carrying more than 65,000 tonnes on its Boeing 777 freighters and passenger freighters, of which 50% of flights were medical supplies to support the global fight against Covid-19 and equip front-line health professionals.

Driven by the huge demand for medical supplies, Etihad Cargo recorded a strong performance last year. Etihad Cargo restored 90% of its destinations from before the pandemic during the same period in 2019, while its capacity increased by 20%.

Kang Xingzhen, Chairman of Henan Airport Group Co Ltd, praised the cooperation: “Today, we are very pleased to sign the MoU with Etihad Airways, a key player in air transport in the Middle East region with a vast network to Asia, the Middle East, Europe and Africa, to explore various opportunities within the framework of the “Air Silk Road” aeronautical initiative inspired by the “Belt and Road Initiative” proposed by China .

“Driven by the spectacular growth of Zhengzhou Xinzheng Airport in recent years, the Zhengzhou Airport Economic Zone (ZAEZ) has become the first and, to date, the only aerotropolis in China to simultaneously meet business objectives. , multimodal surface, airport and urban transport as an integrated whole.

“Supported by the 51 air cargo routes of Zhengzhou Airport, ZAEZ has not only become a dynamo for the export of manufactures, but also the largest port of foreign-origin meat in central China as well as a leading Chinese distribution point for a multitude of other imported perishables. We sincerely hope to see Etihad Airways’ regular cargo flights landing in the CGO in the not-so-distant future.

The mild winter brings an explosion of colors to Eden

Omicron did not influence the least vaccinated U.S. counties