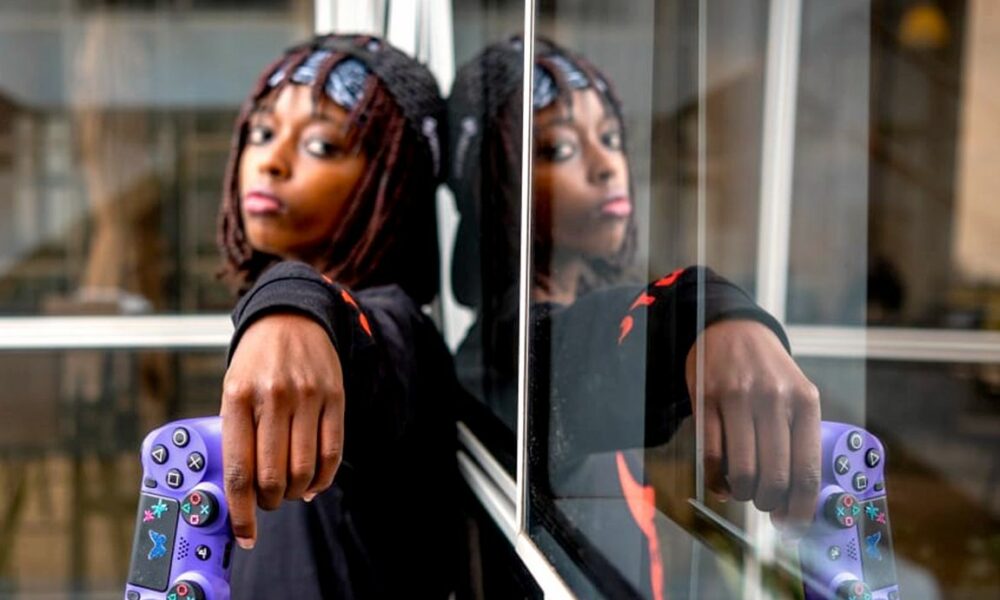 Sylvia GathoniHer passion turned into a career, allowing her to travel the world. It also gave her a platform – a platform she uses to highlight issues of sexism and racism in esports.

Sylvia Gathoni, aka QueenArrow, is on the rise. Back from the Caribbean island of Guadeloupe, her esports success is just the latest in a string of recent victories for this Tekken player.

In Guadeloupe, the Kenyan placed fifth overall and was the best player in a field of 15 international players brought to the island for the event.

In June, she was named in the Forbes top 30 under 30, putting Kenya on the global gaming map.

QueenArrow began her professional gaming career at the age of 18, entering a Mortal Kombat XL tournament and landing the fourth position. She went on to win the Safaricom Blaze Esport Tour Tekken tournament in 2019.

Today, the 24-year-old travels the world.

“I had the chance to travel to South Africa, France, Botswana and Rwanda,” Gathoni said. “For the first two, I went there to compete against the best of the best, and I learned some much-needed lessons that will help me further my career as an esports athlete,” he said. she continued, explaining that her career is much more than acting.

She is now also a creator and youth influencer. It’s a responsibility she takes seriously.

“The last two were on a business trip. I was in Botswana for the Forbes Under 30 Summit, and I was in Rwanda on behalf of the Global esports Federation for the Generation Connect Youth Summit alongside my mentor. Sayo Owolabishe said of her recent travels.

It’s no surprise that Gathoni is good at games. She started when she was just three years old and credits the experience for teaching her things she wouldn’t have learned in school.

The professional gamer and law graduate from the Catholic University of East Africa was signed by American esports organization UYU as a content creator in 2021.

“I stream on Twitch and occasionally post videos on YouTube. I do it as a way to entertain and also to try and improve my confidence as an individual,” she explained.

Having started early and then worked her way up, she understands the challenges young people face in reaching the top – and encourages them to start small.

“My message to young people is, do it. Start with the resources at hand. Figure out what game you want to play, get a console if you can, or try to access local game cafes,” she said. “Find a community that will help you improve in your game and join tournaments and use them as learning opportunities to assess where you are at as a player and where to improve,” added the professional player.

Tekken 7 is its best fighting game, while Ghost of Tsushima is its best adventure game. His success has earned him recognition far beyond mainstream gaming circles.

“Being on the Forbes 30 Under 30 list is validation of my esports career and how far I’ve come. It’s basically Forbes recognizing the value of esports as a career and what it can offer young people on the African continent,” explained Gathoni.

This recognition has provided her with a platform that she recognizes as extremely powerful. And there are a few key issues she wants to use to address.

“The gaming and esports ecosystem needs to recognize that we have issues with diversity, sexism, and toxicity. From there, we can start creating lasting solutions to this problem,” she stressed. .

While Gathoni considers herself a pro, she continually works harder to reach the top of the world.

“I consider myself a pro because I work every day to be better than I left. I take care of myself physically and mentally through training sessions and I strive to eat well. I am not not yet in a place where I can call myself world class, but I’m getting there,” concluded Gathoni.