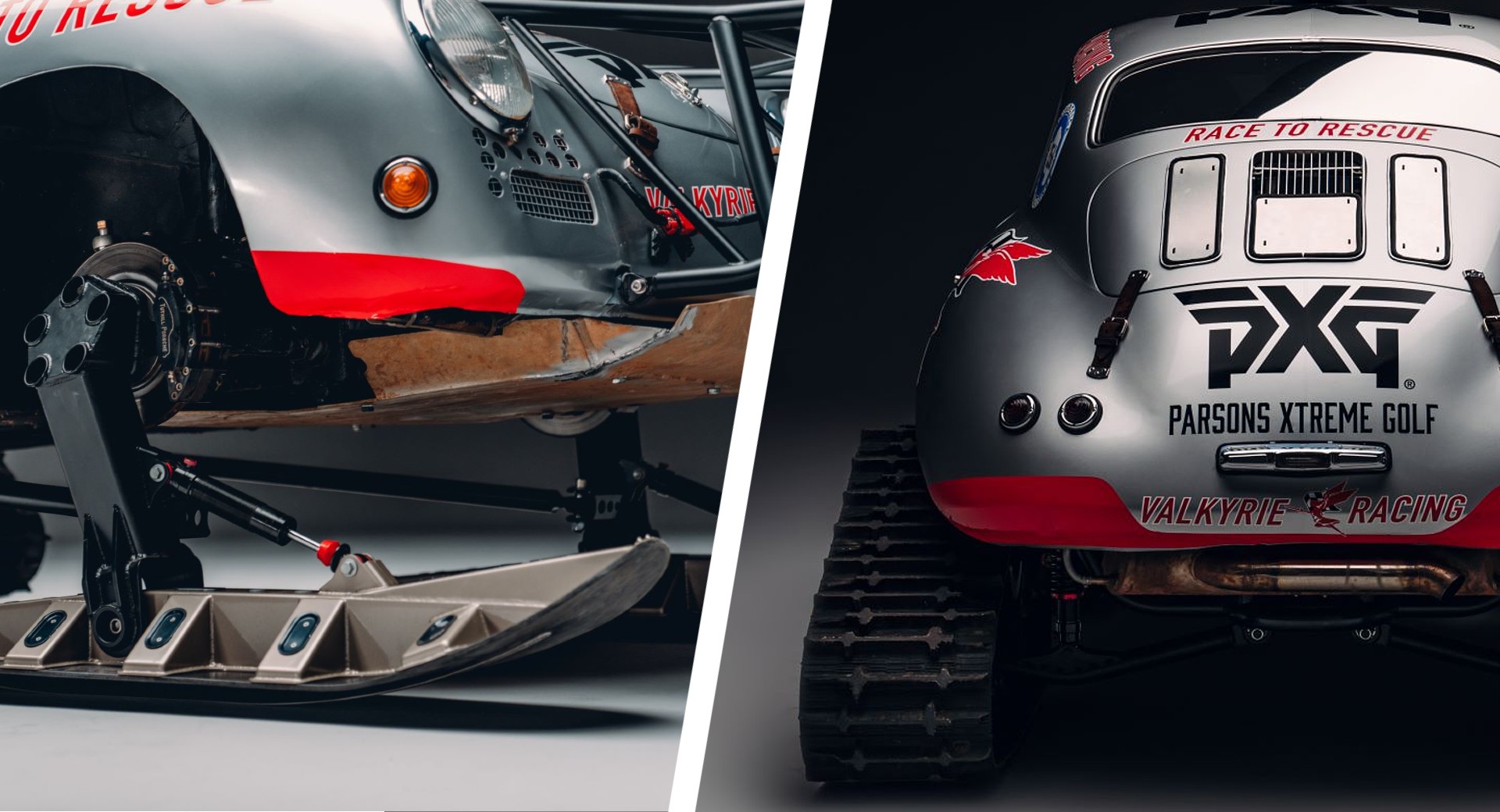 
The Porsche 356 is certainly not a vehicle that comes to mind when you think of Antarctica, but with a few modifications anything is possible. As part of the â€œProject 356 World Rallyâ€ expedition whose humanitarian objective is to end child trafficking, the 1956 Porsche 356A from Valkyrie Racing will travel 356 miles (573 km) in Antarctica in December.

Engineer and polar explorer Kieron Bradley was responsible for the significant changes to this classic. The process lasted over 18 months and included a pair of skis attached to the front axle, a specialized bracing and suspension system, and tracks replacing the rear tires for maximum traction on ice and snow. As a result, the Porsche now has up to 300% more flotation compared to Antarctic 4 Ã— 4 support vehicles mounted on 42 inch tires.

See also: The 1939 Antarctic Snow Cruiser was a gigantic motorhome designed to explore the South Pole

The vehicle is also equipped with a roll bar, double-sided solar panels that reflect both sun and snow, a 4-ton jack capable of lifting the car in soft snow, a temperature gauge for the box gears, a temperature compressor, plus survival gear, water and emergency communications equipment.

Antarctica has 24 hours of daylight in December, so the lights have been removed from the vehicle, which helps reduce weight. Upon completion of the mission, the team will attempt to set a land speed record in the Union Glacier.

Racing driver and philanthropist Renee Brinkerhoff will sit behind the wheel of the Porsche 356, continuing her 20,000 mile journey across seven continents. In addition to the mission in Antarctica, the Project 356 World Rally includes participation in endurance rallies like the Beijing-Paris and the East African Safari, while showcasing its charitable foundation Valkyrie Gives. People who want to support the mission to end child trafficking can donate $ 356 and have their names written under the hood of the car.

Safari World in Uganda is out of the red zone

Teach me a lesson! On yoga as a development for Africa