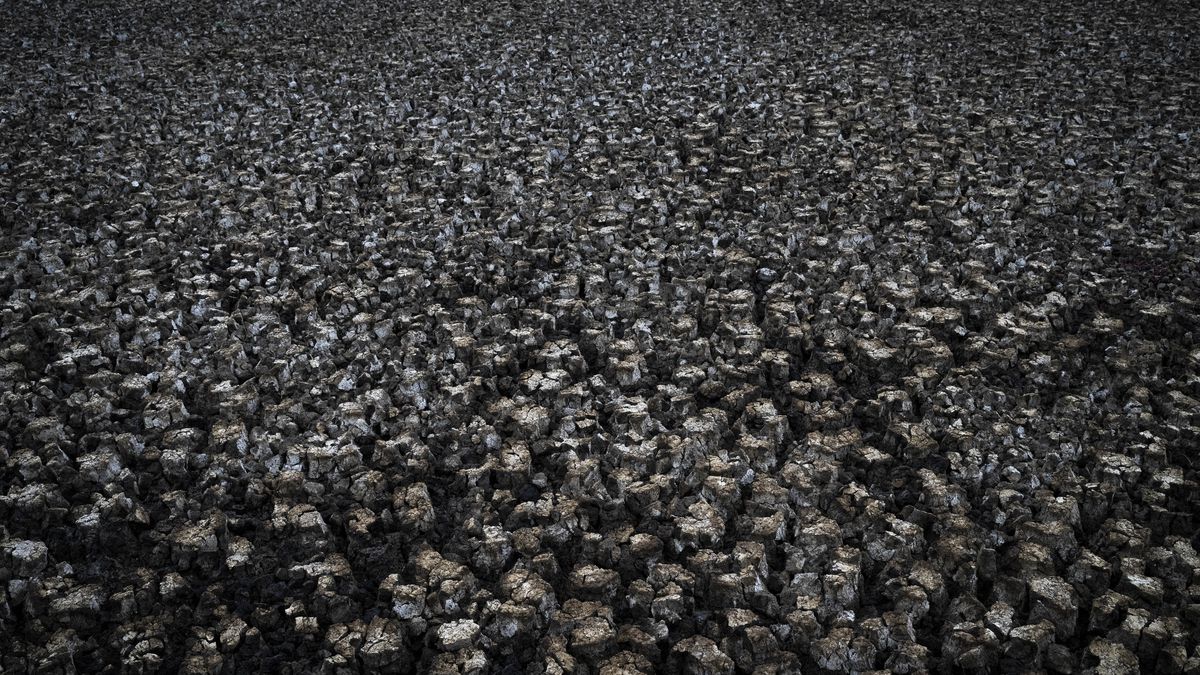 Their lagoons are languishing, Spain’s precious wetlands are drying up, including the country’s ‘crown jewel’

DOÑANA NATIONAL PARK, Spain (AP) – Flamingos, herons and fish once filled a freshwater lagoon in southern Spain. Today is a fetid brown stain. The murmur of the wind in the grass is a sad substitute for the cacophony of migrating birds.

Biologist Carmen Díaz walks on cracked mud. The lagoon at the heart of Spain’s Doñana Nature Reserve is a puddle. The park called “the crown jewel of Spain” may be dying.

Agriculture and tourism had already drained the aquifer feeding Doñana. Then climate change hit Spain with record high temperatures and prolonged drought this year. The disappearance of the Santa Olalla de Doñana lagoon in August has Díaz, 66, worried that the ecosystem she has studied for four decades is gone for good.

“Seeing that last piece of water makes me think the whole park is dry,” Díaz said.

The Santa Olalla de Doñana Lagoon was the largest of the few lagoons that maintained water year-round, providing a summer reservoir of aquatic plants and animals.

Sitting on an estuary where the Guadalquivir River meets the Atlantic Ocean, Doñana covers 74,000 hectares (182,000 acres). The reserve was founded in the 1960s with the help of the environmental group WWF. A UNESCO World Heritage Site and Biosphere Reserve, Doñana is a wintering site for half a million waterfowl and a stopover for millions of other birds migrating from Africa to northern Europe . Home to five endangered bird species, including the endangered Spanish imperial eagle, Doñana is also home to a breeding and rescue center for the endangered Iberian lynx.

“The solution should have come at least 20 years ago but nothing has been done. The environment always loses out to the economy,” said Díaz, a researcher at Spain’s National Research Council. “Doñana has been the jewel in Spain’s crown because it’s an iconic park, and we’re letting it go. “.

Doñana encompasses two major ecosystems. Besides the wooded dunes, there are marshes along the Guadalquivir.

Spanish galleons once brought silver from the Spanish American colonies here upriver from Seville. Then scientists and conservationists came from all over the world. Now Doñana is a case study in how humans destroy natural resources.

“It’s been a disastrous year for the imperial eagle,” he said.

When the Doñana aquifer fills with rain, lagoons emerge in the swallow depressions between the dunes, creating refuges for turtles, frogs and aquatic plants. From atop a dune inside the reserve, the 360-degree view of low trees and sand is interrupted only by a tight mass of buildings seen as you look outward. ‘Atlantic.

They are in Matalascañas, a former fishing village that has been transformed into a seaside resort, with hotels, swimming pools and a golf course that has now disappeared. The water in Matalascañas comes from wells that draw from the aquifer. The European Court of Justice cited Matalascañas as responsible for drying up some of Doñana’s once-permanent lagoons. The Spanish government has approved a plan to redirect water from another region to supply Matalascañas.

“The biggest problem is that this development is tapping into the aquifer using wells very close to the lagoons,” Díaz said. “It forms a cone of depression that hurts the nearest lagoons, which are the best, because they are the biggest.”

A two-hour drive south of Seville, you enter Huelva, a rural province including the Doñana reserve. Like other regions close to the Spanish coast, Huelva has worked hard to become one of the main agricultural regions in Europe. Strawberries, raspberries, blueberries and blackberries replaced olives, cereals and potatoes in the 1980s. European customers pay a lot more for the berries, but the harvest needs a lot more water than the olives.

In 2004, authorities divided farmland into areas eligible for irrigation and areas that could only grow crops with rainwater. But with the boom in the berry trade, some farmers whose land was excluded from irrigation areas still dug wells. According to the WWF, there are between 1,000 and 2,000 illegal wells used to irrigate some 2,000 hectares (4,900 acres) of bays outside the reserve.

Outside the reserve’s boundaries, road signs warn drivers to be on the lookout for lynx. Greenhouses mainly contain berries.

“Maybe 50% (of the damage done to the park) is due to drought and lack of rain, but the other 50% is to blame for the lack of governance in the area, the cutting off of tributaries and illegal wells. “WWF’s Felipe Fuentelsaz told the AP.

The authorities have succeeded in closing more than 400 wells and buying agricultural land to clear the crops, but far from being discouraged, many farmers are pushing the authorities to reclassify their land as irrigable.

A group represents 1,500 farmers who believe they were unfairly excluded from 2004 irrigation plans. Spokesman Julio Díaz said many families have the right to water and should be able to use it.

“What we are going to do is make sure that these farmers get their historical rights back, which they had before,” Díaz said. “Nothing will be increased, but we have to get back what they once had.”

Spain’s central government fears that increased water use could earn it a hefty fine from the European Union.

The government plans to redirect water from rivers that lie further west to Doñana to relieve pressure on the aquifer. The group represented by Julio Díaz wants the water to come to them. But other farmers who have used legal wells on land declared irrigable say it’s not that fast.

Manuel Delgado, spokesperson for 300 farmers in the town of Almonte, said his group believes that any new water should go to farmers who already have water rights, so they can close their legal wells and protect the aquifer.

“If there is new land declared eligible for irrigation, we will not be able to replace legal wells with surface water,” he said. “There won’t be water for everyone.”