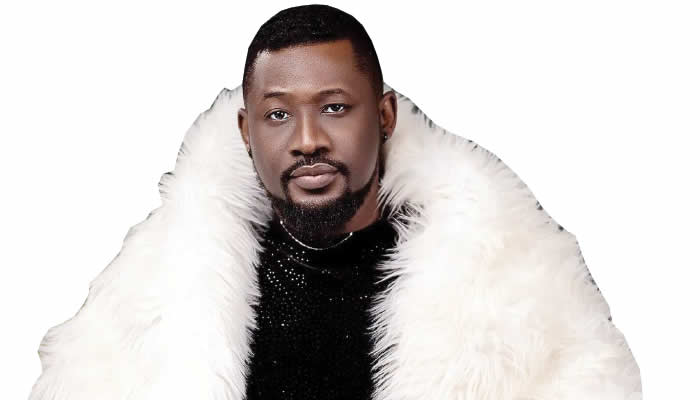 The untimely death of my father, the most painful experience of my life – Actor, Daniel K Daniel

The actor, Daniel K Daniel, tells BABATUNDE TUGBOBO about his career and other issues

You were recently invited to join the US-based Academy of Motion Picture Arts and Sciences, the organizers of the Oscars, alongside 397 others. How do you feel about that?

It’s an awesome feeling. I feel very honored and proud to be a member of the prestigious Academy of Motion Picture Arts and Sciences.

I believe that only three Nigerian filmmakers have been selected this year. This shows how exclusive the list is.

As a member of the Academy, what is expected of you?

I just got the emails and invitation during the week, and also got an official phone call today (Thursday) to set up my member ID and profile. I know I will have many perks and benefits as a member of the Academy, including the ability to vote for the award winners in what is arguably the most prestigious film honors program in the world. Other roles and benefits will become clearer as the days go by. He is still sinking for now.

What impact do you think this new development will have on your career and the Nigerian film industry in general?

In Nollywood, I always like to say, “A win for one is a win for all of us”. We will continue to do our best to advertise and project Nollywood to the world. We are here to stay. It will definitely be great for my career. It is a beautiful crown and I will wear it with pride.

To when did you consider becoming an actor?

I used to be a model in school and appeared in magazines and billboards. While observing the National Youth Service Corps program, I dropped off a friend and colleague for a movie audition. As I was about to drive out of the room, the director asked me to come in and read for a role because my appearance matched a character in his script. I reluctantly read for the role. He was impressed and the rest, as they say, is history.

What were the challenges you faced when you entered the industry?

I overcame many challenges. I realized that all that glitters is not gold. It was amazing to me how little money promising actors made. As an up-and-coming actor, if you don’t have an additional source of income or large sums of money stashed away in the bank, you will be living practically hand to mouth.

However, I was lucky because I came from a comfortable home. It was easier for me to navigate the murky waters of terrible pay.

Another shocking thing was how little consideration or respect people had for time and others too. It was very appalling.

How did you transform into the industry?

I grew up quite well; of this Abuja-based promising actor to have won Best Actor in Africa twice. It hasn’t been a smooth trip, but it was definitely worth it.

You once said that your childhood ambition was to become a pilot. Why didn’t you take this road again?

One of the main challenges I faced becoming a pilot was my eyesight, which I corrected as an adult. I had laser surgery a year ago, so I’m fine now. I became an actor by chance. It wasn’t a lifelong dream, but I still had to work hard to get to where I am today. I love being an actor. I’ve impacted countless lives in this profession and I wouldn’t trade it for anything in the world.

How did you experience the death of your father at 18 and what effect did it have on you?

The untimely death of my father is the most painful experience of my life. He always stays fresh because I always wonder, and if he was not dead at that time. What could have happened if my father was still here? I miss the love and guidance of a father. For every step I take, I always wish my dad was there to rub my head and give me a hug. I wish he were here to meet his grandchildren.

What motivated your decision to study applied biochemistry?

As usually happens for many people, there was a course I wanted to study and there was the course that was finally offered to me for admission to study. Biochemistry was actually my second-choice course, but I ended up enjoying it and never looked back.

Which film gave you a breakthrough in the industry?

All the movies I’ve been in have helped make me who I am today. I’m grateful for every character I’ve portrayed on screen. However, a standout character was that of Bossman in the film, The story of a soldier.

What is the most difficult role you have ever played?

Two roles come to mind. The first is Bossman in A Soldier’s Story, because I had to use a foreign accent and also because of the action scenes in the movie. I had to do a lot of stunts, weapons training and hand to hand combat training. For this role, I won three best actor awards in Africa and internationally.

The second role is Corporal Obi in the movie, 76. I’ve had quite a few difficult roles in my career to be honest, but it’s still fresh as we spent six months in an army barracks in Ibadan with my co-actors and the prep and film crew of the film that won Best African Film at the 2016 Africa Magic Viewers Choice Awards.

What role do you prefer as an actor?

I have no preference for roles. But I have roles that I like less. For example, I don’t really like romantic roles. But, it’s a job that I have to do.

Which actress are you looking forward to playing with?

In Nollywood, I worked with all the women I would like to work with. Some are my friends, while others are just colleagues and acquaintances. I really don’t care (about things like that). Just pair me with a good actor that I can create good chemistry with.

Nollywood movies are gaining prominence on Netflix these days. What do you think is responsible for this?

I am impressed with the growth of our industry. The competition is much tougher, hence the need for everyone to up their game to keep up with the relatively high standards that are set with each new production. It’s a beautiful thing because it encourages the pursuit of excellence and perfection. I believe we have the best and most relevant stories. Netflix, Amazon Plus and other international streaming platforms have taken notice and all want to be part of the revolution and ‘sell’ Africa to the world.

Some people think that Nollywood actors are not well paid and rich actresses must have gotten their wealth through other means. What is your reaction to this?

I can’t answer for everyone. I can only speak for myself. Being an artist has become very lucrative and rewarding, especially if you are one of the top earners. There’s a lot of money to be made with movies, series, commercials, and ambassador deals, as well as sponsorship and partnership deals.

You stated that you took a break from Nollywood and went to the United States of America to hone your skills. Why did you decide to do this at the time you did it?

I participated in Hollywood and Nollywood projects abroad. Some of them are The Drone that Saved Christmas, Albatross, Greener Pastures, and Yankee Hustle. I also took an acting and directing course in Atlanta to improve my skills.

Some notable industry personalities who have gone abroad, especially to the United States to improve their skills, return to build large film production teams. Do we expect you to take this line or should we expect something different from you?

I want to keep everything a secret until they come forward. There are a few agreements to sign with my company and then announcements can be made.

What are some of the things you have seen in the US that you think should be implemented in the Nigerian film industry?

Better professionalism, punctuality, respect and regard for cast and crew members, health insurance and coverage, payment of royalties, and better salaries for filmmakers.

Some actors went to the United States like you, but never came back. Has it ever crossed your mind to stay in America?

There are different strokes for different people. I have my plans and I keep my cards close to my chest.

Apart from playing, what else do you do?

I produce, I work as a brand influencer and I also get ambassador contracts. I am also a database engineer.

How can you best be described?

I am an easy going husband, father and guy. I do my job and mind my business. I am also a perfectionist, who strives for perfection in everything I do. I love my privacy, my family and my fans.

How do you relax?

This is the average cost of a wedding in 2022