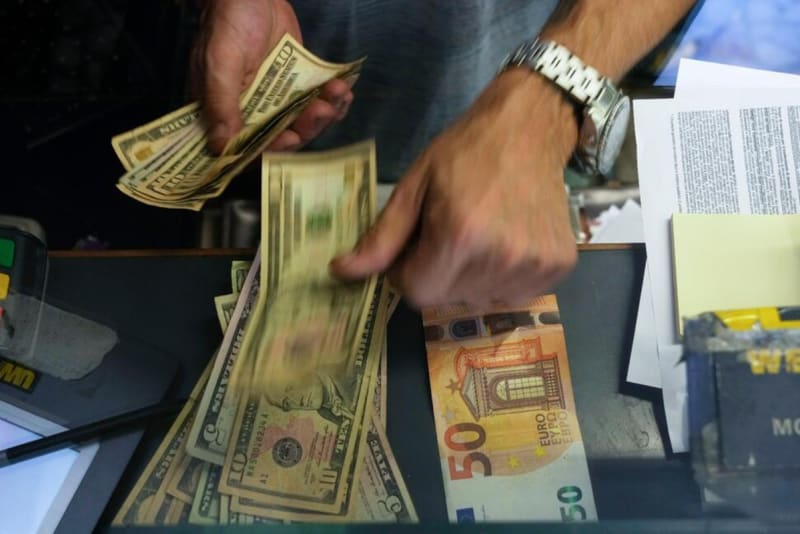 The Impact of the Euro to US Dollar Parity Swap Explained

For the first time in two decades, the exchange rate between the euro and the US dollar has reached parity.

It fell to its lowest level since 2002, even briefly dipping just below a one-to-one exchange rate with the US currency at times last week.

Even more extraordinary than the break of this parity is the speed with which the euro fell against the dollar. The currency, shared by 19 European countries, has fallen more than 12% this year, as the dollar strengthened against almost all the world’s major currencies.

Symbolic and perfect parity has become a focal point for investors. More than that, it’s an important psychological distinction in the current macroeconomic climate. In a note to clients, analysts at Dutch bank ING mentioned that “1.00 is probably the highest psychological level”.

history of the euro

Introduced in 1999 after decades of discussion and planning, the euro was created with the intention of bringing unity and prosperity to the continent. After two major wars in the 20th century, the arguments in favor of the euro were that common institutions would reduce the risk of war and provide avenues for conflict resolution.

Consequently, the euro was an essential symbol of this unity.

In 2002, the euro broke above parity as large trade deficits and accounting scandals on Wall Street ravaged the dollar. Since then, the euro has been tested in the face of multiple challenges – from the global financial crisis of 2008 to the bailout of the Greek debt crisis in 2010.

However, as Russia’s war on Ukraine challenges Europe’s political and financial stability, a host of factors have stacked against the euro. Investors turned their attention to the US dollar, which reasserted itself as a safe haven during the economic turmoil.

Many analysts attributed the fall in the euro to expectations of rapid interest rate hikes by the US Federal Reserve to combat 40-year highs in inflation. On Wednesday last week, it reached an annual rate of 9.1%.

As the US Federal Reserve raises interest rates, interest-bearing investment rates also tend to rise. If the US Federal Reserve raises rates more than the European Central Bank (ECB), higher interest yields will draw investors’ money away from euros into dollar-denominated investments. These investors will have to sell euros and buy US dollars to invest in these products. This causes the euro to fall and the US dollar to rise.

What are the impacts of parity?

A weaker euro can be a headache as it can mean higher prices for imported goods, especially oil, which is priced in dollars. This is all the more worrying as Russia has interrupted the supply of natural gas to Europe via the Nord Stream 1 gas pipeline, to carry out scheduled maintenance. Europe fears that Russia will decide to close it permanently, in retaliation for war sanctions against Ukraine.

On the other hand, a major concern for the United States is that a stronger dollar makes US-made products more expensive in foreign markets. For Singaporean consumers like you and me, this means that our electronics purchased from Amazon could become even more expensive.

In an off-cycle policy decision, the Monetary Authority of Singapore (MAS) has again decided to tighten monetary policy in a bid to head off inflation. Shortly after the MAS announcement, the Singapore dollar appreciated against major currencies such as the USD, euro, yen and ringgit.

This has led to an increase in demand for these currencies in several exchange offices. With many COVID travel restrictions lifted since the start of the year, many Singaporeans are looking to hoard foreign currency as the Singapore dollar is strong.

As you can see, the Singapore dollar has been steadily appreciating against many of the most important currencies such as the euro, the pound sterling and our neighbor’s Malaysian ringgit. Luckily for us, a stronger local currency is in our favor when we decide to go on holiday abroad or cross the border to buy gas and cheap groceries.

Get the best rates on your exchange office

Looking to transfer money overseas? Are you struggling to find the best exchange rate for your money transfer abroad? Don’t worry – we’ve compiled a detailed comparison of the best money transfer, remittance and money transfer services in Singapore for you.

Consider this if
you want toll-free service with exceptional service

TorFX is one of the best money transfer services for those who value customer service. The platform associates users with a dedicated account manager. They will help users as needed, from tracking rates to basic account advice. Users receive direct contact information from their account manager, ensuring their customer service needs are met.

In addition to this service, TorFX offers transfers to over 60 different currencies, which are usually completed within 1-2 business days. It also allows users to transfer as little as S$150, which is useful for those who might need to transfer smaller amounts from time to time.

Overall, TorFX is an affordable service with unparalleled customer service. For a more detailed guide, check out TorFX here.

Consider this if
you want to send without incurring transfer fees

Due to its transparency, strong track record and no administrative fees, World First is one of the best international money transfer services in Singapore. The remittance service also makes transfers simple and affordable to a range of currencies with relatively short transfer times.

First of all, the platform does not charge any administrative fees. In addition, World First is the most transparent when it comes to its exchange rate margins, which range from 0.5 to 0.15%. However, World First requires a minimum transfer of S$2,000.

Due to all its strengths, World First is always worth considering if you need to make medium to large transfers. For our full review of World First, check out this guide here.

If you’re looking to take advantage of the current favorable exchange rate to book your favorite vacation destinations, you need a reliable comparison of the hotel booking sites available in Singapore. Between online travel agencies (OTAs) and aggregators, it can be difficult to easily find the best hotel deals.

But do not worry ! Our handy yet comprehensive comparison guide will walk you through and find the best hotel booking sites for your specific needs. Are you looking for room customization? Or are you a solo traveler? We have what you need.

Alternatively, if you are a frequent traveler looking for the best Singapore travel deals and promotions, you can also check our guide for that.

A black traveler gets invaded by the people of Istanbul