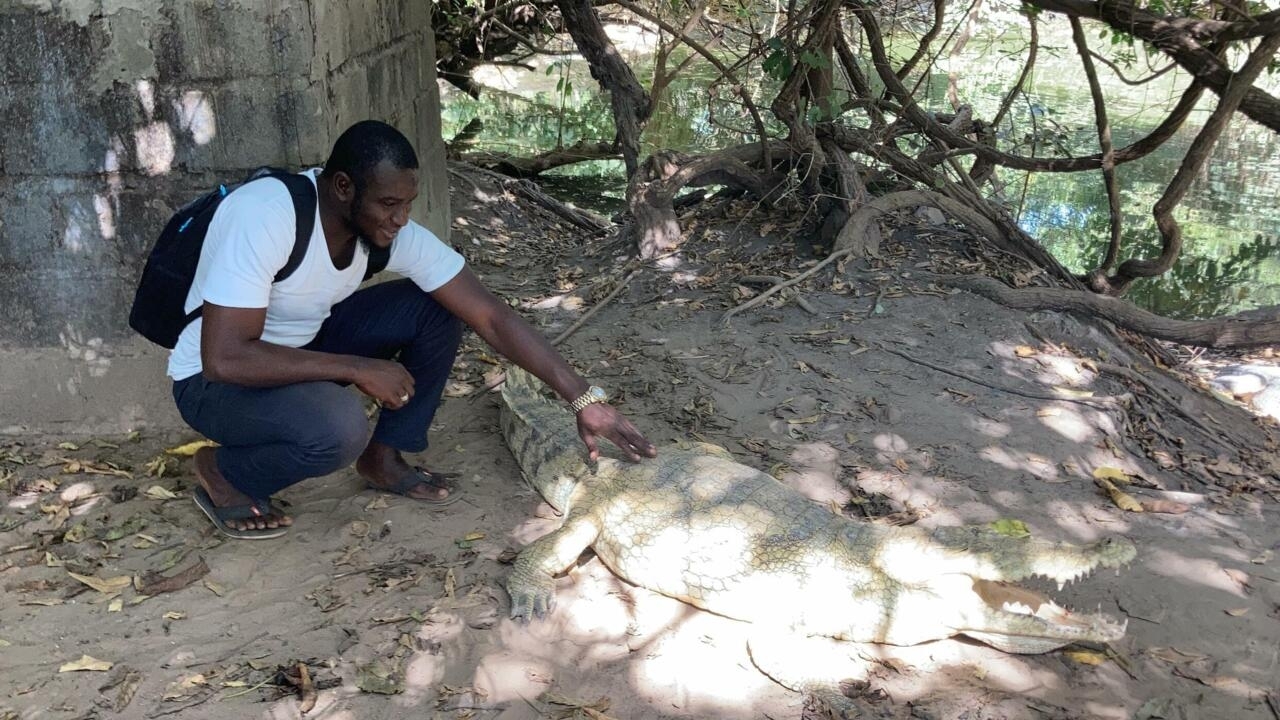 The Gambia looks to Africans to revive its struggling tourism industry

In an effort to revitalize The Gambia’s declining tourism sector, which was decimated during the Covid-19 pandemic, the West African country is moving closer to home, and even its own, to bolster the once vibrant industry.

“The beach bars were paralyzed, they couldn’t move,” he told RFI, adding that the country’s recession has made life even worse.

“We are suffering seriously from Covid-19, and we haven’t had any emergency funding,” he adds.

In a moment, crocodile

The giant reptiles are fed once a week in accordance with their digestive systems, and guides are on hand to ensure visitors are safe when posing with and touching the unusually friendly creatures.

But the coronavirus has kept many international tourists away.

Guardian Dodou Bojang says small shops that lead to the area are trying to stay afloat, but some have already closed.

“We have 3% of our normal total visitors,” says Bojang, adding that the small percentage comes from local visitors who come to see the ethnographic museum on site.

“We expect things to be better, but with this new variant, it’s scary,” he says, referring to the Omicron form of the coronavirus.

At the Crocodile Pool, Ralph, a tourist from Maastricht, the Netherlands, said he was not worried about Covid and was enjoying his time in the country.

A hotel owner in Serrekunda, who did not want to be identified, told RFI that Covid was killing business.

“All these tests cost money, on top of what tourists would spend here, so they don’t come,” she said in exasperation, pointing to a nearly empty bar.

The Gambia’s reliance on tourism has forced the industry to take a closer look at how to prevent this from happening again, as 15% of the country’s GDP (2019) is based on tourism.

“We have lost billions of dalassies in revenue and over 200,000 jobs directly and indirectly in the sector,” Tourism Minister Hamat Bah said.

The International Monetary Fund estimates that nearly 20% of all businesses closed during the pandemic downturn.

“The major impact is the closure of businesses – hotels, restaurants, bars, the list goes on – and this affects suppliers, the value chain,” says Marion Nyang, executive secretary of the Gambia Hotel Association.

“Hoteliers have struggled since March 2020,” she adds.

Bah says the government has already pumped 100 million dalassies, or 1.7 million euros, back into the industry for the 2021-22 peak season which runs from late December to April.

“Here in The Gambia, we have very loyal visitors who come to the country every year, and some come twice a year,” he says.

Although international tourism has all but collapsed, the downtime during the Covid period has caused the tourism industry to rethink how to attract Gambians themselves, as well as African tourists from neighboring countries.

“We want to decentralize tourism so that people go up the river and local people can be supported,” she adds. If locals take control of tourism in their area, they can also create jobs.

Minister Bah says they looked abroad to see how they could apply it at home.

“Across the world, including France, the only countries that have restarted tourism quickly are those with a very strong domestic market, and Kenya is the first country in Africa,” he says.

“We also want to try to develop a very strong internal market – this will help drive the tourism sector forward,” he adds.

By attracting African tourists from neighboring countries, where travel restrictions are less invasive, the country hopes to bolster the industry.

Nyang from the Hotel Association says they believe Covid-19 is here to stay, so they are maintaining strict sanitation protocols in hotels to keep staff and visitors safe.

According to the Africa Center for Disease Control and Prevention, 11,000 Covid cases were recorded as of mid-January, a low number for a period of nearly two years.

“The Gambia is a safe place to travel and our doors are open. We are known for peace and tranquility on the smiling coast of Africa,” says Nyang.