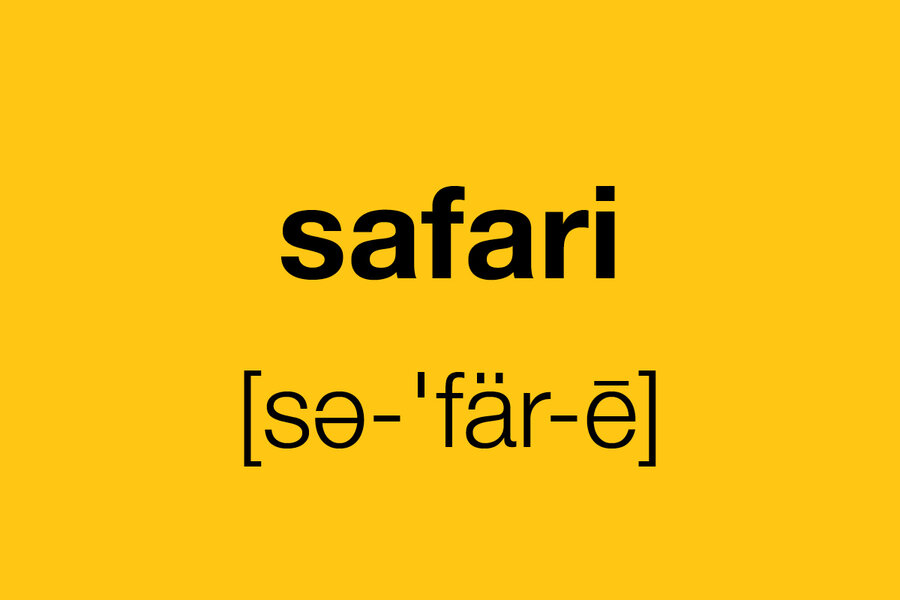 Take a ‘safari’ through Swahili-inspired words

I am learning Swahili online, because of a family trip to Tanzania. I was surprised to come across a word that sounded familiar to me: kujenga (“to build”). I wondered if this verb was related to Jenga, the tower-building game, and discovered that it was, indeed. The game’s inventor, Leslie Scott, was born in Tanzania and grew up speaking English and Swahili. She named it “Jenga” because that word both describes the subject of the game in Swahili and is a catchy name.

English got a number of words from Swahili, which is the most common African language, spoken by about 200 million people. It has relatively few native speakers – estimates range from 2 million to 18 million – but has spread across the continent as a lingua franca.

In the 20th century, Swahili became a key vehicle for Pan-Africanism, “the ideology and movement that fostered the solidarity of Africans around the world”, as an African Union statement put it. Tanzania’s first president, Julius Nyerere, promoted Swahili as the linguistic engine of this unification, in the hope that speakers of the country’s 120 languages ​​and the continent’s thousands of indigenous languages ​​would be able to communicate without resorting to a colonial language like English or German.

Some sources claim that giant (“a very large specimen of its kind”) and jamboree (“a great festive gathering”) derives from Swahili. “Jumbo” was the name of a huge elephant owned by circus maestro PT Barnum in the 1880s. No one knows for sure how he got his name, but it may have been a form of ham, which means “problem” or “problem” and is a common Swahili greeting, as in “Do you have a problem?” I have no problem. Jamboree start with hamand so may seem related, but there isn’t much evidence of a Swahili connection here – it mysteriously appeared in American slang in the 1860s.

About 20% of Swahili vocabulary comes from Arabic, a result of the close ties between Oman and the Tanzanian coast. Swahili’s best-known contribution to English is one of these words, derived from Arabic safari (“travel”): safari. In Swahili, safari refers to any kind of ‘travel’ or ‘expedition’, but my family and I do the English kind: ride in a jeep and hopefully see some animals!