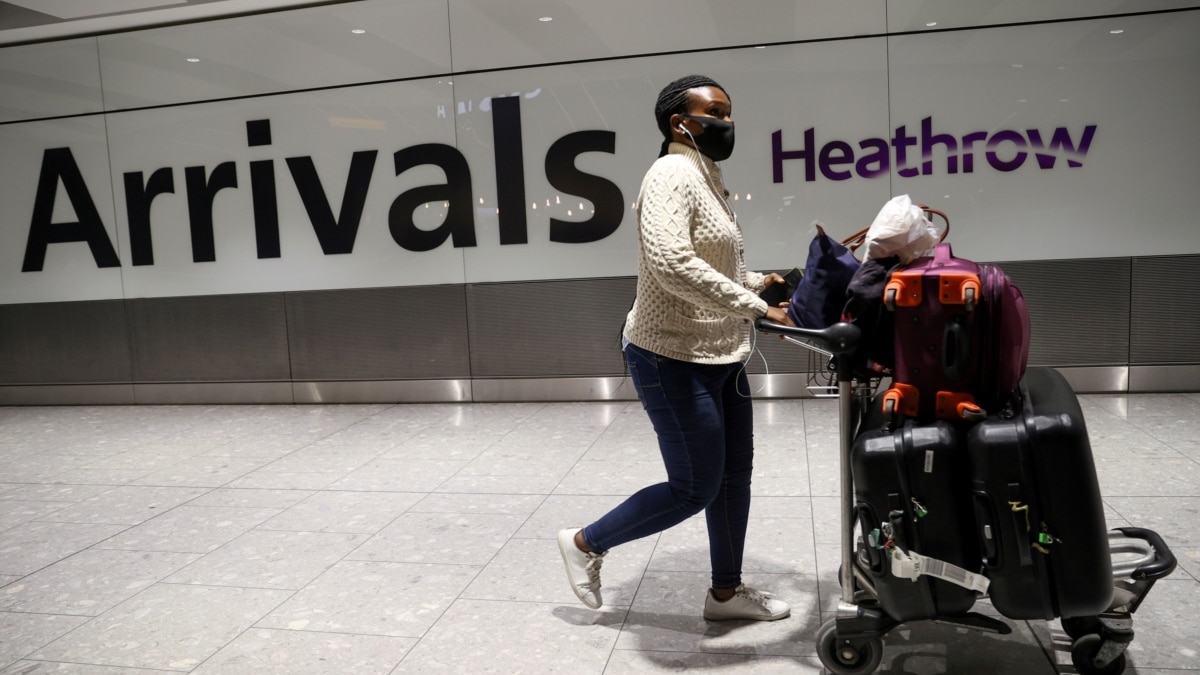 Britain is gradually easing COVID-19-related travel restrictions between African countries on its so-called red list with the highest risk of the coronavirus spreading. However, South Africa remains on the list, despite a drop in infections. The status weighs heavily on South African tourism and people wishing to visit family in Britain.

Lynne Philip has not seen her son and two grandchildren, who live in England, for four years.

The 70-year-old Johannesburg resident had booked a flight to visit him last year when the pandemic struck, canceling all trips.

Now she is fully vaccinated with two Pfizer shots and desperate to go.

â€œI can’t afford to go into quarantine there. In time, that’s going to be a problem. This cuts down too much on your trip, your visiting time. We talk about Zoom, but it’s not the same. I just wish I could see my family, â€she said.

Philippe is not alone. More than 29,000 people have signed a Change.org petition calling on UK lawmakers to ease travel restrictions for South Africans – many describing the anguish of family separation.

The UK Embassy in South Africa reiterated the decision this week, saying it remains concerned about the presence of the beta variant and “its potential ability to bypass vaccines.”

But Dr Michelle Groome of the South African National Institute of Communicable Diseases says the rationale conflicts with science.

â€œIt doesn’t make sense, because delta is catching up now, I think it’s over 96% of our footage at the moment, and so beta is really not a problem at all. I don’t see that. ‘There is a difference between us and say, Kenya or India or whoever has now been taken off the “red list”.

The Centers for Disease Control in Africa is also calling on the UK to reconsider its position.

The center says immunized Africans, who receive the same vaccines as Europeans, should be recognized in the same way.

As the United States has restricted entry for South Africans, the White House announced earlier this week that it will lift this rule for those who are fully vaccinated as of November.

Several European countries have already made this shift.

Ina Gouws, a political scientist at the University of the Free State, says it’s hard not to view the UK restrictions as political.

â€œThere is reason to believe that the region is being treated differently. When there are no clear, fact-based answers, speculation begins to arise, and this can be dangerous and certainly not good for diplomatic relations. The message is therefore one of prejudice. And it is not for our diplomatic channels to determine why, â€Gouws said.

Dr Groome says the ban on vaccinated travelers also sends the wrong message to the public about the effectiveness of vaccines.

â€œWe are trying to promote vaccines in our country, and like many countries, you know, we struggle a bit with this faction that is reluctant to receive the vaccines. And in that case, you know, it makes people wonder why, maybe the vaccines we give aren’t as good as the ones used elsewhere, which obviously isn’t correct, â€Groom said.

The economic toll of the â€œred listâ€ has also been crippling as the UK is South Africa’s biggest source of tourists.

â€œWe have a valuable conservation base, which is one of the best in the world and which is totally threatened, because there is no income, there is no money for the activities to fight against the poaching. One in seven South Africans puts food on the table because of tourism. And when tourism suffers, it means people don’t eat, â€Frost said.

South African Minister for International Relations Naledi Pandoor echoed these concerns and called on the British authorities to overturn the decision.

Frost says he hopes the further political push pays off when the UK revisits its “red list” in the coming weeks.

Congo’s bongos are in danger, and restrictions on trophy hunting could save them