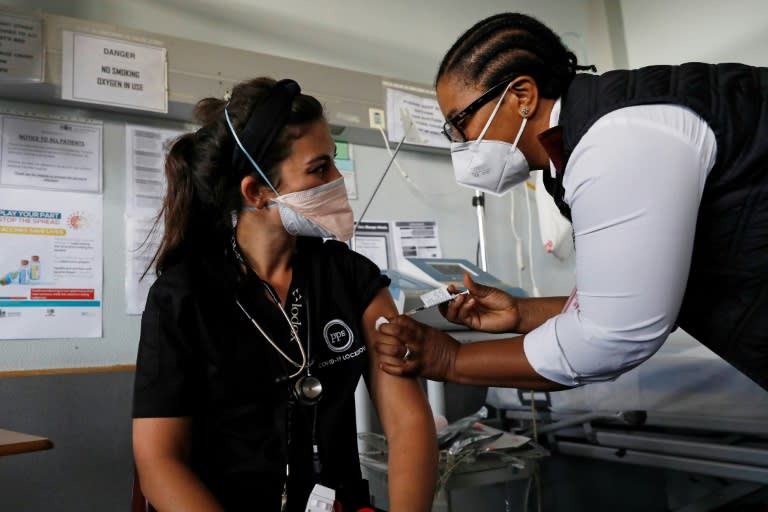 South Africa is seething over Britain’s decision to keep the country on its coronavirus “red list”, forcing travelers to around 40 expensive hotels on their return to the UK.

Well-paid foreign tourists are slowly returning to experience South Africa’s wildlife and natural landscapes, having been cut off from the rest of the world in 2020.

When the beta variant was discovered in December, more countries blacklisted South Africa – a crippling blow as tourism directly accounts for 3% of the country’s economy. Before the pandemic, tourism provided more than 700,000 jobs.

Most travelers from Europe and the United States, South Africa’s largest tourist markets along with the UK, can currently spend their vacations and then isolate themselves at home on their return – a problem some are ready to endure.

But the UK has kept South Africa on its red list of high-risk countries, meaning anyone arriving from South Africa is required to self-quarantine in a hotel for 10 days, which means costs more than $ 2,400 (2,000 euros) per person.

Stratospheric cost excludes the country for most UK tourists.

Once a colonial power, Britain sent more than 400,000 visitors a year before the pandemic, more than any other country outside the continent.

Some UK nationals such as Claire Alexander have been stranded in South Africa for over a year due to the costly restrictions.

“I just spoke to my 91 year old dad in Stirling and it’s quite painful to know I can’t go home,” said the mother-of-two, whose youngest child has not yet met “his Scottish clan”.

In addition, Britain will not recognize vaccines given anywhere in Africa, even if the vaccines came from Britain.

“If you send us vaccines and say, ‘we don’t recognize these vaccines,’ that sends a very difficult message to us,” said John Nkengasong, head of the African Centers for Disease Control and Prevention (Africa CDC). .

Marc Mendelson, a UK infectious disease expert based at the University of Cape Town, said he was “embarrassed” by the government in his home country.

“Misinformation, misrepresentation, outdated and inaccurate science,” he tweeted this week.

The British Embassy in Pretoria acknowledged that the number of cases in South Africa was declining, but said that concerns remained “about the continued presence of Beta given its potential ability to bypass vaccines.”

Adrian Puren of the National Institute of Communicable Diseases told AFP that the beta variant was now “undetectable” and concerns about its resistance to the vaccine were “under discussion”.

Leading genomics expert Tulio de Oliveira said South Africa has a higher vaccination rate than some countries not on the Red List, including India, where the Delta variant first appeared. times.

“We have a smaller number of infections than the UK,” de Oliveira said. “So why this discrimination?

New daily cases in South Africa peaked at just over 26,000 at the end of June, but are now below 3,000 per day. Britain sees 10 times as many new cases per day.

Vaccinations, meanwhile, are resuming after a slow start, with around 20 percent of South African adults fully vaccinated.

The director of luxury vacation booking group Discover Africa, Andre Van Kets, argued that the measures no longer made sense as infection and vaccination rates “were heading in the right direction.”

British tourists inquire about 2022 and 2023, he said, but often back out when asked to post a bond.

“There is no reasonable basis for keeping South Africa on the red list,” Foreign Minister Naledi Pandor said this week in a statement touting the “robust vaccination program and excellent science” of country.

“It’s ridiculous,” said Andre Retief of tour operator Safari With Us, which relied on the UK for 20-30% of its bookings.

“Covid is all over the world now and going on safari is actually pretty safe. “

With a market size valued at $ 18.6 billion by 2026, this is a healthy prospect for the global food thickeners market.