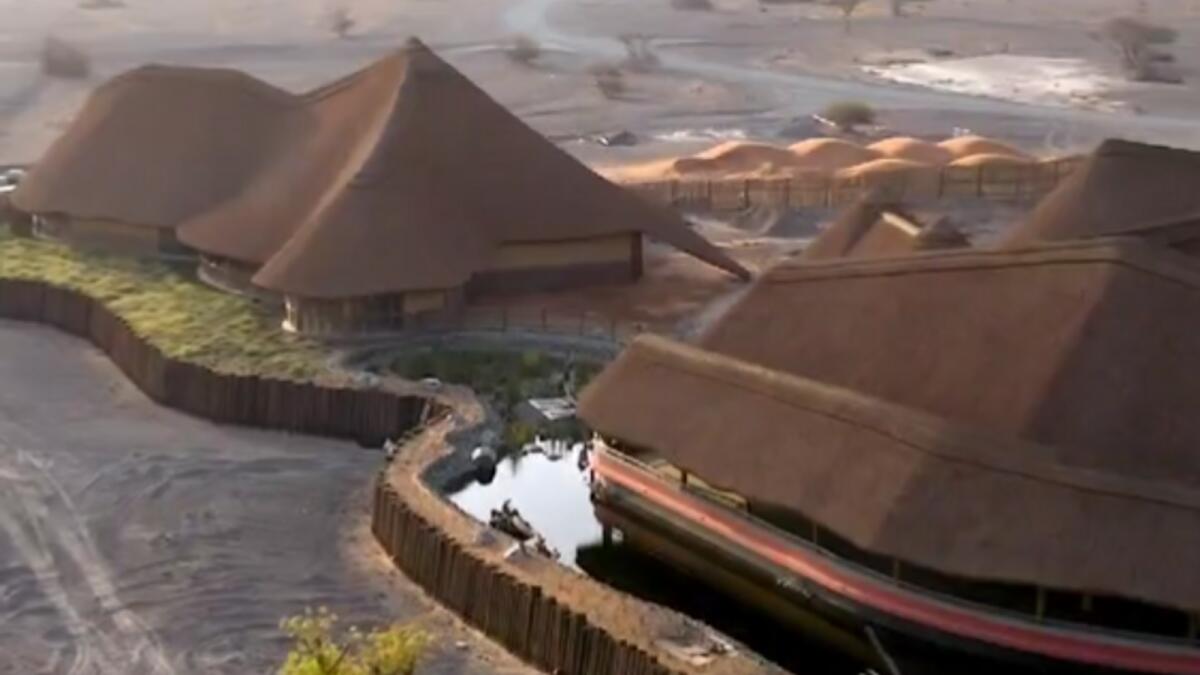 Said to be the largest safari in the world outside of Africa, the attraction is home to 120 species of animals

A new video captures the newly opened Sharjah Safari in all its glory.

Featuring aerial shots, the video shows how Sharjah managed to recreate a typical African safari in the oasis town of Al Dhaid.

Sharjah Deputy Governor Sheikh Sultan bin Ahmed Al Qasimi shared a video that shows how the attraction recreated an African setting in a desert in the United Arab Emirates.

It shows giraffes wandering majestically in their enclosure, while a family of rhinos spend some quality time with each other, sipping a lake in theirs! 4X4 vehicles take visitors right into all the safari action.

“His Highness the Ruler of Sharjah offers the region a unique tourist destination: Sharjah Safari, the largest in the world outside Africa. We will discover the wonders of Africa from the heart of Al Dhaid in Sharjah”, said Sheikh Sultan bin Ahmed. on Twitter.

Said to be the largest safari in the world outside of Africa, the attraction is home to 120 species of animals and over 100,000 African trees.

Lakes and greenery have been dug out over an area of ​​8 km² in the middle of the desert.

Open from 8:30 a.m. to 6:30 p.m. every day of the week, there are several categories of tickets. Fares start from Dh40 for a walking tour and go up to Dh275 for a luxury trip in a private vehicle.

Yesterday’s fashion is essential in the workplace today