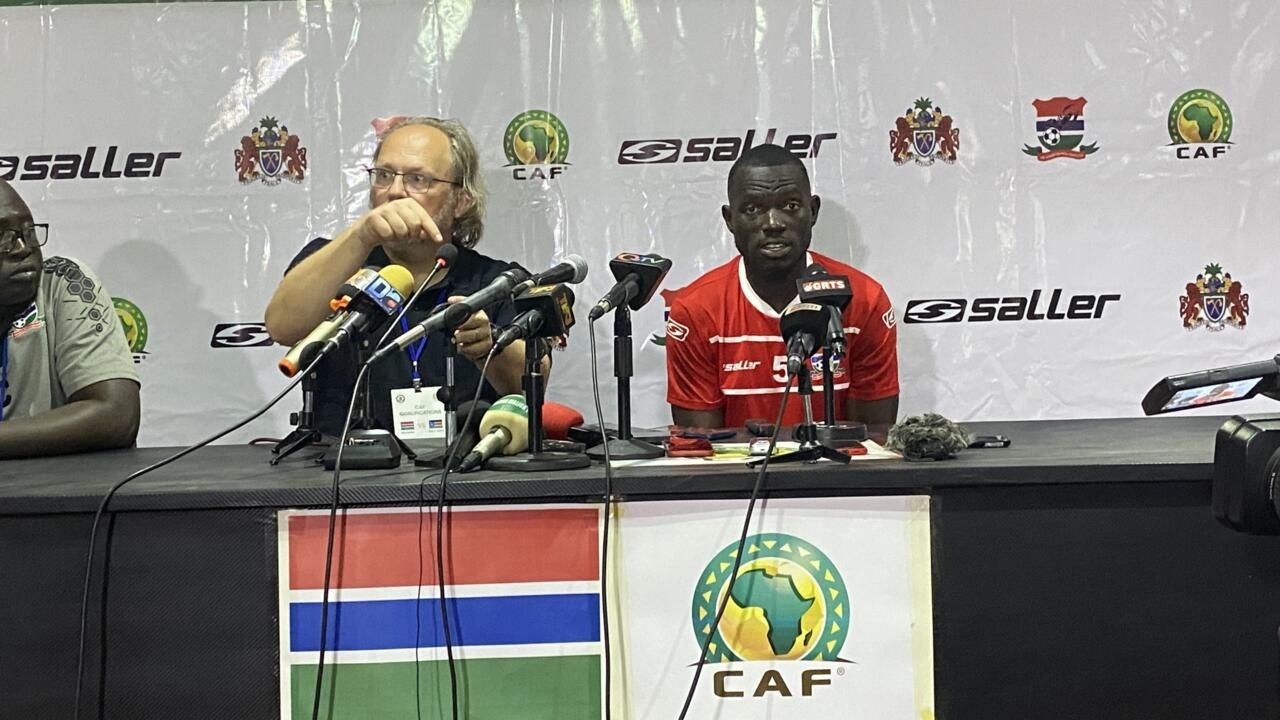 Scorpions take Gambia to victory in first CAN23 qualifier

After a fantastic run at the 2021 Africa Cup of Nations, Gambia’s Scorpions kick off their AFCON 2023 campaign with victory over South Sudan’s Bright Stars at the Lat-Dior stadium in Thiès, Senegal, on Saturday night.

Abdul Jallow’s goal after 45 minutes was enough to secure victory for the Scorpions.

“We felt pressure because we want to qualify for the next AFCON, we don’t want to be like the other teams who will make the first impression and wait years before they can qualify again,” said the new captain. Gambian Omar Colley.

Colley took over the captaincy role from retired captain Pa Modou Jagne shortly after CAN21 led the Gambia side to their maiden victory.

As many fans celebrated the win, coach Tom Saintfiet said it was too early to call his team favourites.

“It’s a good first win but we have to respect our opponents and not see ourselves as favorites because on paper Mali and Congo are the favourites,” Saintfiet said after the game, referring to their next match against Congo next week.

This is only the first of six games, where the Scorpions will face Mali, one of the favorites.

South Sudan, who have never qualified for the continental showpiece, hope to qualify for the tournament despite Saturday night’s loss.

“When we came into this game we knew it would be a tough game, everyone says Mali and Congo are the favourites, but for me I think Gambia are one of the favourites,” he said. said South Sudan coach Stefano Cusin.

“We will go back and see what we can get from Mali – hopefully a win,” he added.

The Scorpions were unable to play at home following a decision by CAF to ban the independent Bakau Stadium from hosting the game as it was “not fit” to stage international matches. The stadium is the only international facility in The Gambia, built in 1983, and has never undergone major maintenance.

Some 3,000 die-hard Scorpions fans traveled to Senegal to watch their side play, but were frustrated at having to travel seven hours to see their side play.

“It’s a shame that we had to travel for almost seven hours to watch a game that was supposed to be played on our ground, and I still have to travel 7 hours back to get home,” said Jakaria, who maintained with RFI. after the game.

He celebrated their victory, but admitted it was bittersweet.

“Look how our players fared at AFCON,” he said, referring to the Scorpions advancing to the quarter-finals, even though it was their first time in the continent-wide tournament.

“If we’re a serious country, it’s time they thought about investing more in sport,” he added.

Fan and social media influencer Tida Jobe, who organized the ‘bring our boy back’ protest when the Gambia team were delayed in Cameroon after their AFCON 2021 quarter-final exit, has shared her frustration.

“We all came here because our players really try and every time we watch them it makes us proud, but the authorities don’t help,” she said.

“Imagine if we had played this game at home and the support these boys would have received! We will never stop speaking up and making sure they have better facilities,” she added.

The Gambian team will travel to Congo and play their second match of the qualifiers on June 8.

The Football Federation and the Gambian government are hoping the team will play their next home game against Mali on September 27 in Banjul. However, fans are not convinced that this is feasible given the state of the stadium.