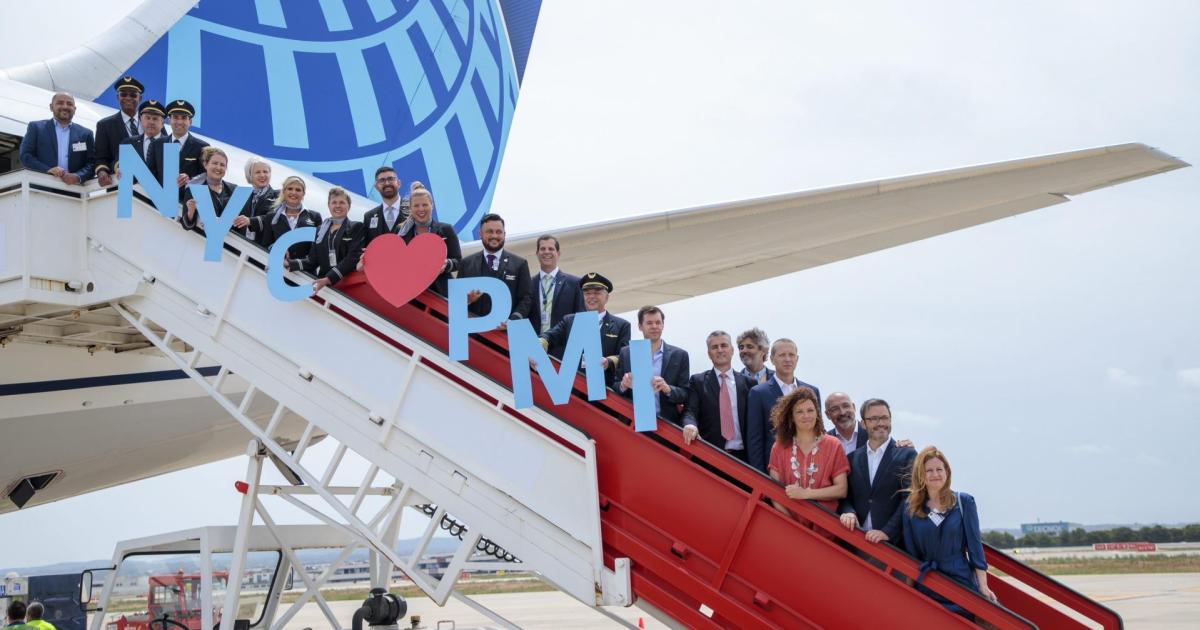 Authorities were out in force on Friday to welcome passengers arriving in Palma on the inaugural United Airlines flight from New York-Newark. Among them were the President of the Council of Mallorca, Catalina Cladera, and the Mayor of Palma, José Hila.

The plane, with 204 passengers, landed shortly before noon. For Cladera, it was “an exciting, historic and important day, because it connects the best island in the mediterranean with the United States and Canada”. For Mallorca’s tourism sector in general, this represented the opening of a new opportunity to conquer a market known for its high purchasing power.

The United route, for now, will operate until September 23, but the airline’s vice president of international network and alliances, Patrick Qualey, has raised the possibility of extending the service. “This season will be decisive to see the demand and study the possibility of a longer season in 2023He added that so far the response “has been good.” The route, he noted, serves a wider area than New York – there are other cities, “like Chicago, Washington DC and Boston” – while there is also the possibility of opening the island via the United hub in Newark to many airports in North America.

The director of Palma Son Sant Joan Airport, Tomás Melgar, said that “today is a very happy day for us”. “This scheduled flight is a milestone for the airport and it’s a dream come true. Son Sant Joan has always been very well connected to Europe and even North Africa, but this route is very special for Aena.”

Catalina Cladera expressed the wish that the route be extended to the rest of the year in order to pursue the objective of meeting tourism seasonality. American visitors, she observed, “will be able to enjoy the sun and the beach, but also the culture and the gastronomy and the Tramuntana mountains”.

Minister to limit daily visitors to Borobudur Temple to 1,200