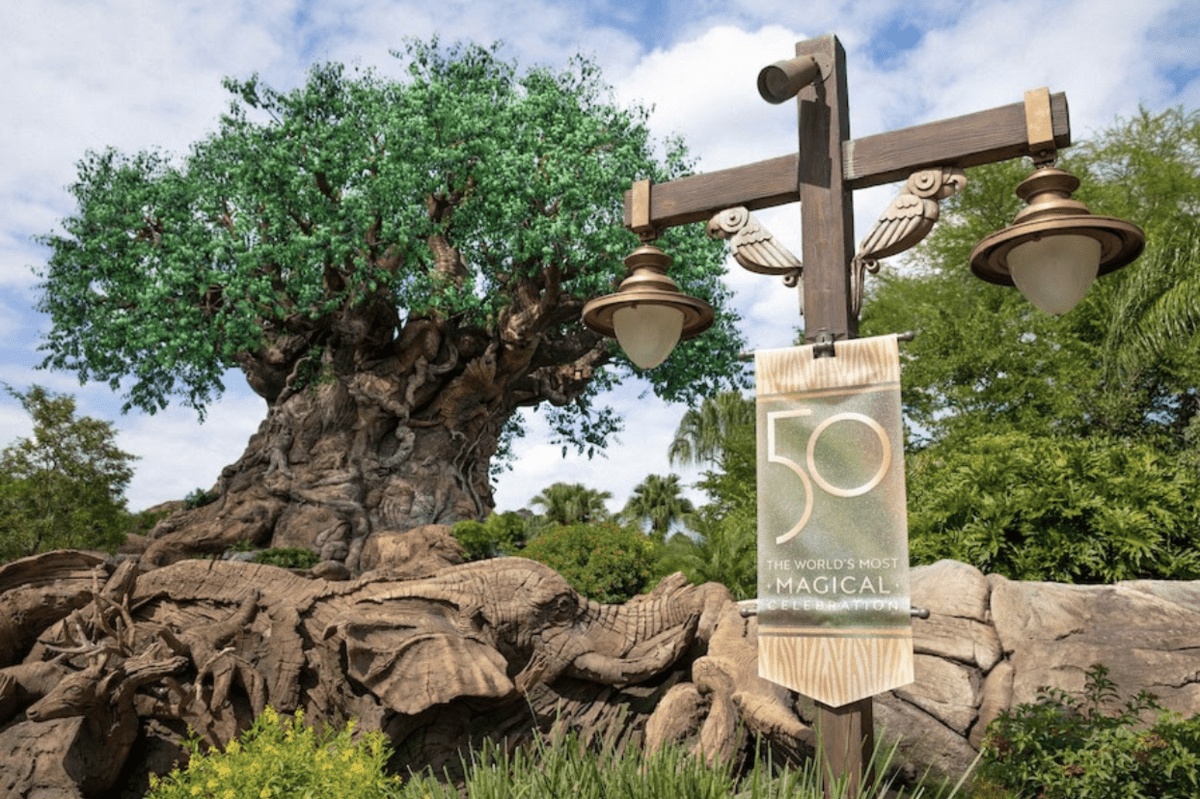 When you’re at the Disney parks, you can assume you’re being filmed. It’s nearly impossible to avoid the cameras in the parks, whether you find yourself in the background of a family castle photo at Magic Kingdom or a blur in a Disney influencer’s YouTube video. But sometimes you have the opportunity to be part of something a little more special!

A few lucky guests had that chance this week when they saw film crews filming at Disney’s Animal Kingdom at Walt Disney World Resort.

Please note that a representative of NG Studios, LLC (“NG”), Arrow Media (“Producer”), will be filming and taking photos in this area. By entering the Area, you consent to your voice and likeness being videotaped and/or photographed and used without compensation for exploitation in all media now known or hereafter devised without limitation, and you release NG , Producer, as well as their respective successors, assigns and licenses any liability due to such use.

If you do not wish to be registered as stated above, please do not enter this area.

Thank you very much for your cooperation and attention!

Notices like this are standard in the entertainment industry when filming in a public place. Yet they often don’t provide many details about what’s being filmed other than location, producer, and production company (in this case, National Geographic, which is owned by Disney). u/graciemoose1 wrote:

Filming of National Geographic today at the DAK! I don’t know what, but I saw a few of these signs around the park today

Filming of National Geographic today at the DAK! I don’t know what, but I saw a few of these signs around the park today from WaltDisneyWorld

Along with a photo, Matt wrote:

Filming of season 2 of “Magic of Disney’s Animal Kingdom”

Filming of season 2 of “Magic of Disney’s Animal Kingdom” pic.twitter.com/QIPAPjOXGa

Disney describes the series as follows:

Disney+’s “Magic of Disney’s Animal Kingdom,” produced by National Geographic and narrated by Disney fan favorite Josh Gad (“Frozen,” “Frozen II”) gives viewers a full pass to explore the magic behind two of the world’s most beloved animal experiences, Disney’s Animal Kingdom theme park and The Seas with Nemo & Friends at EPCOT. Viewers get unprecedented access to some of the planet’s rarest and most beautiful creatures and meet the animal care experts who have forged remarkable connections with more than 5,000 park animals. Each of the eight episodes dives into the details of The Most Magical Place on Earth, unveiling the multiple aspects of animal care, operations and Imagineering. Celebrating the magnificent array of more than 300 species, “Magic of Disney’s Animal Kingdom” invites Disney, nature and animal fans to spend time with all of the parks residents, including baby Grace, the newest member of the herd of gorillas. Next, head to Harambe Wildlife Sanctuary to come face to face with Kenya’s Masai giraffe supermother and up close with Gus the hippopotamus. Viewers can head to the savannah to witness Dakari, the alpha male African lion, lord of his land and meet Kinsey, the alpha lioness, who is the true ruler of the pride. The series incorporates cutting-edge technology, including custom GoPro housings, 18-foot cranes and underwater camera systems, to reveal the world-renowned dedication, pioneering conservation and visionary genius that IS Disney’s Animal Kingdom .

In season one, fans also got a window into animal care at EPCOT’s The Seas with The world of Nemo. At this time, there are no reports of filming at EPCOT or any other park.

No release date has been announced for season 2 of Magic of Disney’s Animal Kingdom, but it looks like the beloved series will be returning to Disney Plus soon!

Are you excited for The Magic of Disney’s Animal Kingdom return? Let us know in the comments.

If you want to visit Walt Disney World on your next family vacation to experience one of the four Disney Parks – Magic Kingdom, EPCOT, Disney’s Animal Kingdom, and Disney’s Hollywood Studios – but aren’t sure where to start planning, then don’t. do not hesitate to contact our friends at Academy Travel Certified Disney Vacation Planners for a free quote.