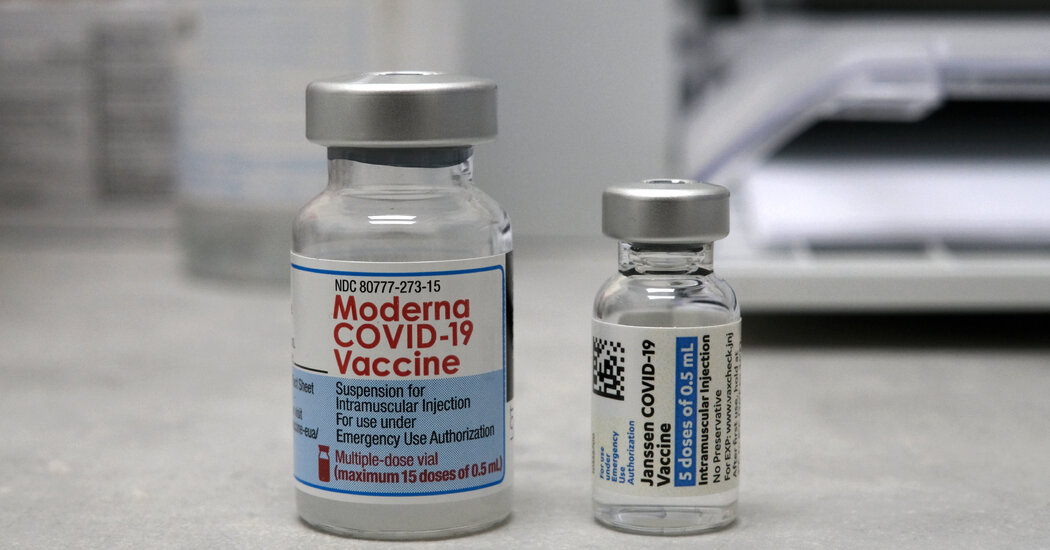 Moderna said on Wednesday it would seek emergency authorization of its coronavirus vaccine for children under the age of 6, after interim results from its clinical trial showed volunteers in that age group had a immune response similar to young adults when given a quarter dose as strong.

But the company said the vaccine was only about 44% effective in preventing symptomatic disease in children 6 months to 2 years old and 37% effective in children 2 to 5 years old. The company is studying the effectiveness of a booster, and one of its senior officials said it expects a booster will be needed for this age group, just as it is for adults.

Dr. Jacqueline Miller, the company’s senior vice president for infectious diseases, said the relatively low level of protection demonstrated the Omicron variant’s ability to evade the vaccine shield. Nonetheless, she said in an interview, “What we’ve seen is a successful trial.”

“What I will say is that 37.5% and 43.7% are greater than zero,” she said. “If I was the parent of a young child, I would want there to be some protection on board, especially if we see another wave of infections.”

The company’s announcement comes shortly before Pfizer and BioNTech release the results of a three-dose study for children under five, using doses ten times lower than those for 12-year-olds. and more. These results are expected in April.

At the request of the Food and Drug Administration, Pfizer-BioNTech presented preliminary results of its trial last month; regulators hoped the data on two doses would be strong enough to start the vaccination campaign pending final results on three.

But the FDA changed its mind when new data, collected during the Omicron push, convincingly showed that two doses did not adequately protect against symptomatic infection. Pfizer and BioNTech have not made the exact results public, but in December they reported that two doses of their vaccine produced a strong immune response in children 6 months to 2 years old, but not in those 2 to 4 years old. .

Children under the age of 5, a group of about 18 million, are the only Americans still not eligible for vaccines.

In a statement, Stephane Bancel, CEO of Moderna, said the company would also seek emergency authorization for its two-shot vaccine for children ages 6 to 11, and was updating a similar request it had filed. last summer for 12 to 17 year olds. The application was put on hold because the Food and Drug Administration wanted to see more data on a rare side effect, myocarditis, which involves inflammation of the heart.

So far, Pfizer-BioNTech’s vaccine is the only one licensed for Americans ages 5 to 17.

Approximately 6,900 children in the United States and Canada have been enrolled in Moderna’s under-6 trial. Moderna said there were no cases of serious illness, hospitalization or death in the placebo or vaccine group. The majority of infections were mild.

Children who received the vaccine demonstrated a comparable level of neutralizing antibody response to adults ages 18 to 25, meeting the primary criteria set by the FDA for a successful trial, the firm said.

Due to the Omicron surge, there have been enough infections to also assess the vaccine’s effectiveness against symptomatic illnesses, Moderna said. The relatively low efficacy aligns with research on how vaccines have protected adults from the Omicron variant, he said. Moderna is studying booster shots for all three age groups under 18.

“We certainly intend to give these children a booster dose,” Dr. Miller said. “And remember that we found that we needed to give adults a booster dose in order to maintain high levels of vaccine efficacy against the Omicron variant.”

The majority of side effects were mild or moderate, and fever rates were typical of existing pediatric vaccines. A few children – 0.2% of the study group – developed fevers above 104 degrees, the society said.