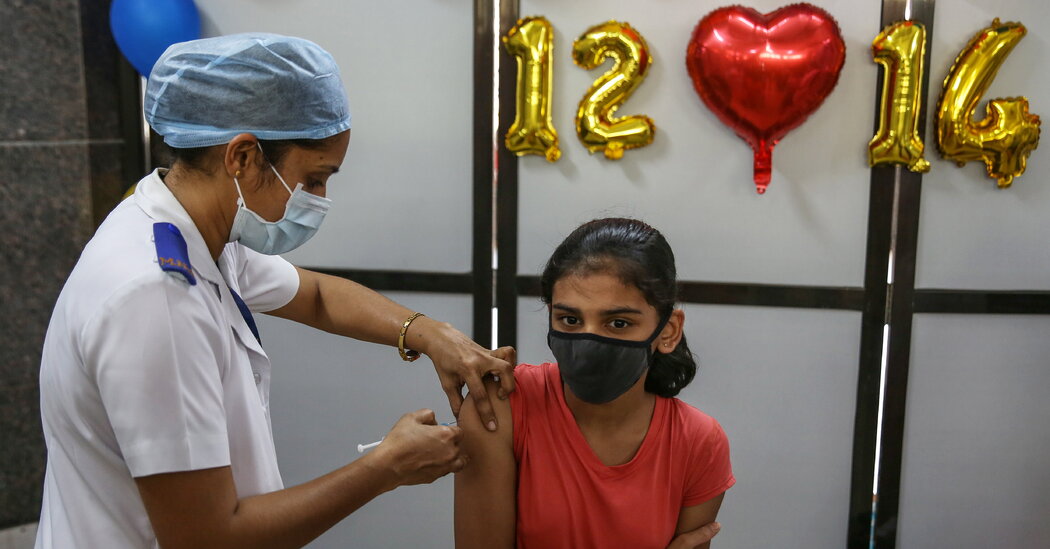 As the Asia-Pacific region struggles with its first push of Omicron, it looks like Europe is heading for a second jump, just as countries on both continents quickly lifted most pandemic restrictions.

According to the Center for Systems Science and Engineering at Johns Hopkins University, global cases, which bottomed out in early March, are rising again, driven by high case numbers in Asia and Europe. Per capita cases in Europe were already far higher than in any other region of the world when they started to rise again recently.

Parts of Asia are experiencing their worst outbreaks as the Omicron variant continues its first sweep across the continent. The situation is particularly dire in China, an outlier that remains committed to eradicating the virus, as well as in New Zealand and South Korea, countries that, like others in Asia, have abandoned what had been some strictest Covid rules in the world.

In Europe, some are bracing for what could be another Omicron wave, with cases rising again in France, Britain, Italy and elsewhere and approaching record highs again in Germany. And the war in Ukraine has raised fears that another epidemic could break out there at any moment.

It comes weeks after many European countries thought they were free from the worst of Covid and rushed to lift restrictions in February and March.

On Tuesday, the Netherlands announced it would drop most of its remaining pandemic restrictions, including its mask mandate, on March 23. Cases have just started to decline after surges in February and March, according to Our World in Data.

Austria, the first Western democracy to impose a blanket Covid vaccination mandate, dropped the requirement last week. The number of cases there has now reached record highs, according to Our World in Data.

Dr Eric Topol, founder and director of the Scripps Research Translational Institute, said the easing of restrictions in Europe may have contributed to an increase in cases. Other factors could include declining vaccine immunity and the rapid spread of a more contagious subvariant of Omicron, BA.2, he said.

Dr Topol said Europe’s worst times throughout the pandemic were a harbinger of what was to come in the United States.

“Each time we followed suit within weeks,” he said.

While the number of cases in the United States has fallen significantly since their peak in mid-January, according to a New York Times database, Dr Topol said an indicator that will be closely watched for an early sign of a new peak will be the wastewater data. .

Because people excrete the virus through their stool, sewage can be used to predict where the coronavirus is or will be spread and whether a new variant is circulating.

About 38% of active sewage sampling sites in the United States reported increased coronavirus levels from Feb. 24 to March 10, according to the Centers for Disease Control and Prevention’s sewage data tracker, which studies 688 wastewater sites across the country.

Dr Jay Varma, an epidemiologist who was senior health adviser to former New York City Mayor Bill de Blasio, warned that people should prepare for another wave of cases and not let their guard down.

“We have to plan for the worst and hope for the best, like hurricane season,” he said.

The student loan moratorium could be extended again. It would be very bad for SoFi in 2022