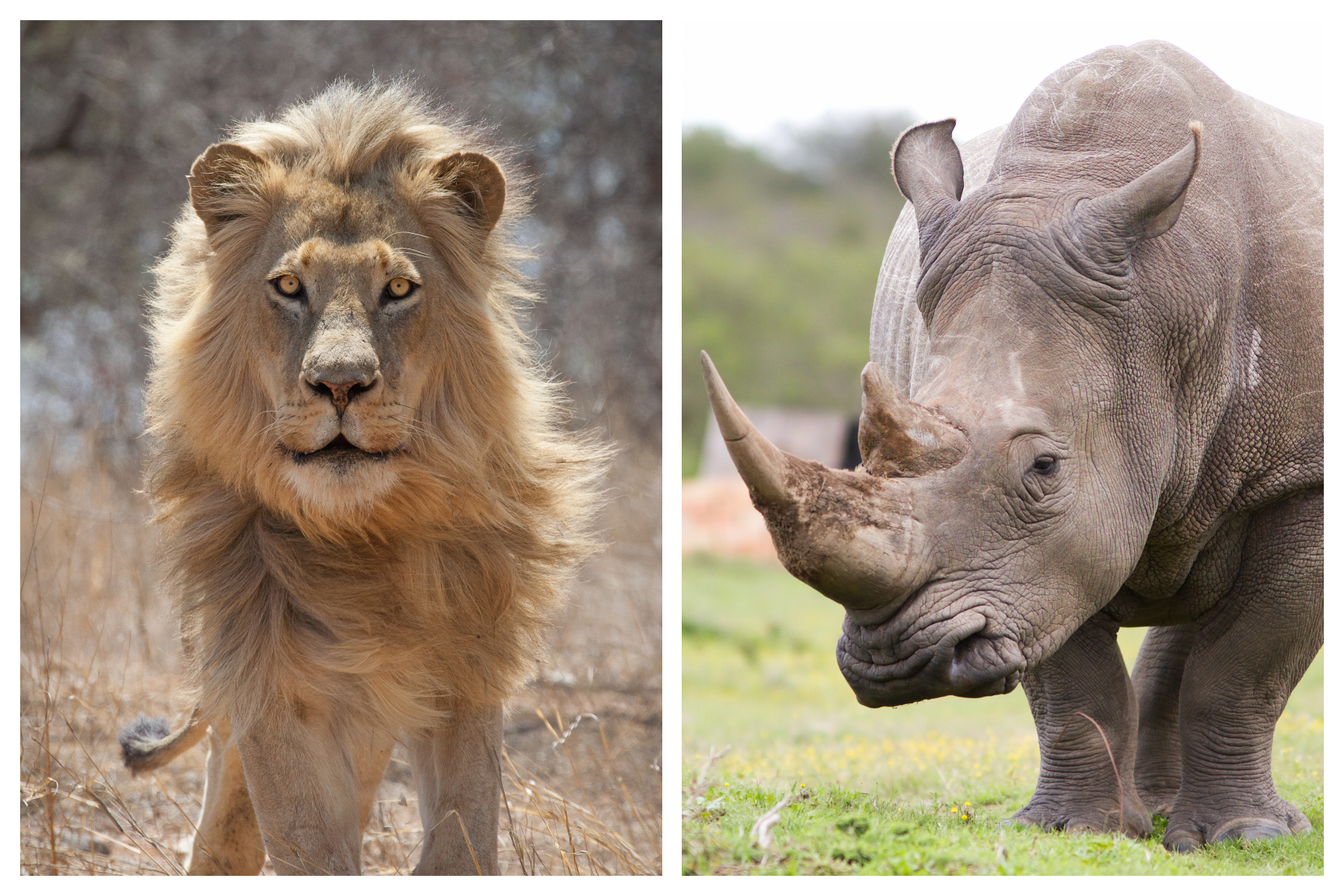 Several dangerous animals, including lions, rhinos and elephants, have escaped from a zoo in South Africa.

It is estimated that six lions, four elephants, two white rhinos, a buffalo, a black rhino and a pack of wild dogs escaped over the course of several weeks from Hluhluwe iMfolozi Park, located around 170 miles north of Durban.

Several cow carcasses have been found since the escapes. A 45-year-old woman, Zandile Mbhele, was injured by one of the escaped rhinos in mid-August as it rampaged through her town, damaging the fences of six nearby homes.

The park, which covers approximately 237,000 acres, is believed to be the former royal hunting ground of Shaka Zulu during his reign in the early 19th century. It is home to around 120 lions and has one of the largest populations of endangered white rhinos in the world.

One of the lions was spotted at the edge of the nearby P700 motorway, filmed by a passing driver. Others were seen feeding on the carcasses of cows that had been hit by a train.

This is not the first time animals have escaped from South Africa’s wildlife reserves. In 2019, 14 lions escaped from Kruger National Park.

Wild animals, especially lions, that enter human areas can be very dangerous to people nearby.

“Almost any organism around lions could be potential prey, and for people to think they’re an exception is madness,” said Luke Dollar, director of National’s Big Cats Initiative program. Geographic. National geographic.

The park suspects that the animals must have found a way to escape through the park’s fence around its perimeter.

“There is an opening in the fence caused by the illegal exploitation of the soil”, Mntambo sassistance. “We suspect the lions managed to escape through a hole in this fence.”

Residents of Okhukho and Nqulwane communities, terrified of dangerous animals escaping into the wild near their homes, have taken it upon themselves to repair the fence after weeks of waiting for the park to plug the hole, the Zululand Observer reported.

According to South Africa’s News24, locals frustrated with the park protested the escapes in early August by breaking into park staff quarters, stealing several items and burning down a security house.

“We are asking people who have issues with Ezemvelo to engage us instead of protesting,” Ezemvelo acting CEO Ntsikelelo Dlulane said in a statement.

He continued, “I made sure that most of the resolutions passed at the community meeting…were implemented. The areas where we haven’t started repairing the fence are remote areas that are not not easily accessible by vehicles delivering supplies. We have a plan in place to deal with these areas and are appealing to the community to give us some time. I also hope that those who have taken items belonging to our Field Rangers will return them to us.

The park said in a statement that it would cover Mbhele’s hospital costs, as well as the replacement of fences damaged by the rhino.

Will Smith, Kristen Bell and Justin Bieber; Top Celebrities Whose RV-Style Wanderlust Is Inspiring A New Generation Of Travelers