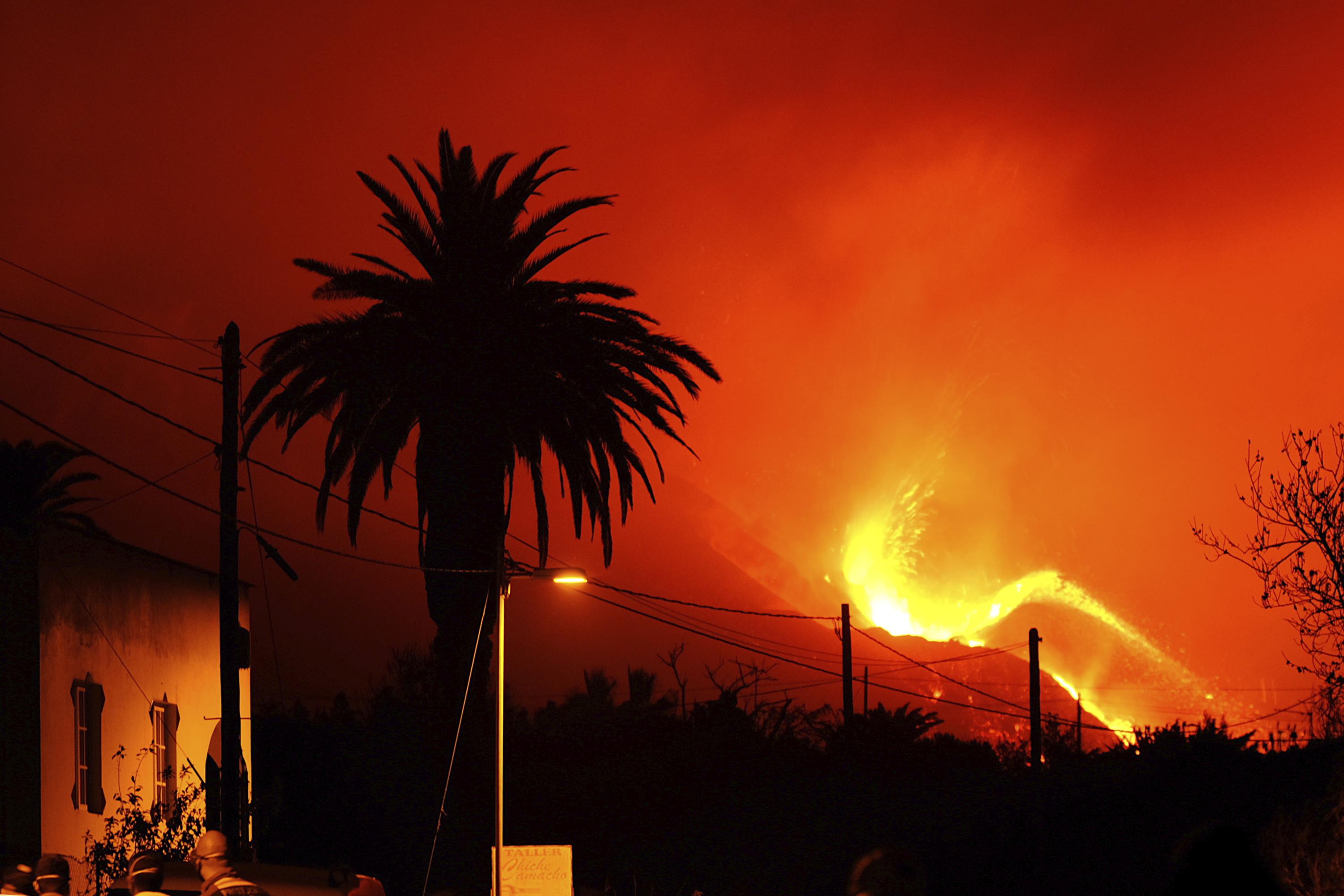 LOS LLANOS DE ARIDANE, Canary Islands (AP) – Three weeks after its eruption devastated the lives of thousands, the volcano on the Spanish island of La Palma is still spewing endless streams of lava without any sign of ceasing.

On Sunday, authorities monitored a new flow of molten rock that contributed to the destruction of more than 1,100 buildings. Everything in the path of the lava – houses, farms, swimming pools and industrial buildings in the largely agricultural area – has been consumed.

The collapse of part of the volcanic cone on Saturday sent a flood of bright red lava pouring out of the Cumbre Vieja ridge which initially cracked on September 19. The rapid current washed away huge chunks of lava that had already hardened. An industrial park was soon swallowed up.

“We cannot say that we expect the eruption that started 21 days ago to end anytime soon,” said Julio PÃ©rez, the regional Minister of Security for the Canary Islands.

La Palma is part of the Spanish Canary Islands, an archipelago in the Atlantic Ocean in northwest Africa whose economy depends on Canarian plantain cultivation and tourism.

The new lava rivers have not forced the evacuation of more residents since they all remain in the exclusion zone that the authorities have created. Some 6,000 residents were quickly evacuated after the initial eruption.

Government experts have estimated that the largest of the lava flows is 1.5 km (0.9 mile) at its widest point, while the new land delta forming where lava flows into the Atlantic has reaches an area of â€‹â€‹34 hectares (84 acres).

The scientific committee advising the government has said that if the delta continues to expand out to sea, some parts could rupture. It would generate explosions, gas emissions and big waves, said committee spokesperson JosÃ© MarÃ­a Blanco, but should not pose a danger to those outside the law-free zone.

The tourism industry in the Canary Islands was already hit hard by the pandemic, and authorities were urging tourists not to stay away.

“This eruption is having an impact on part of the island, but La Palma is still a safe place and can offer a lot to those who visit it,” said Mariano HernÃ¡ndez, the island’s main authority.

La Palma’s last eruption 50 years ago lasted just over three weeks. The last eruption on all of the Canary Islands occurred underwater off the coast of El Hierro Island in 2011 and lasted for five months.

Read all of AP’s stories about La Palma volcano at https://apnews.com/hub/volcanic-eruptions

Tips for packing international travel to follow during the pandemic