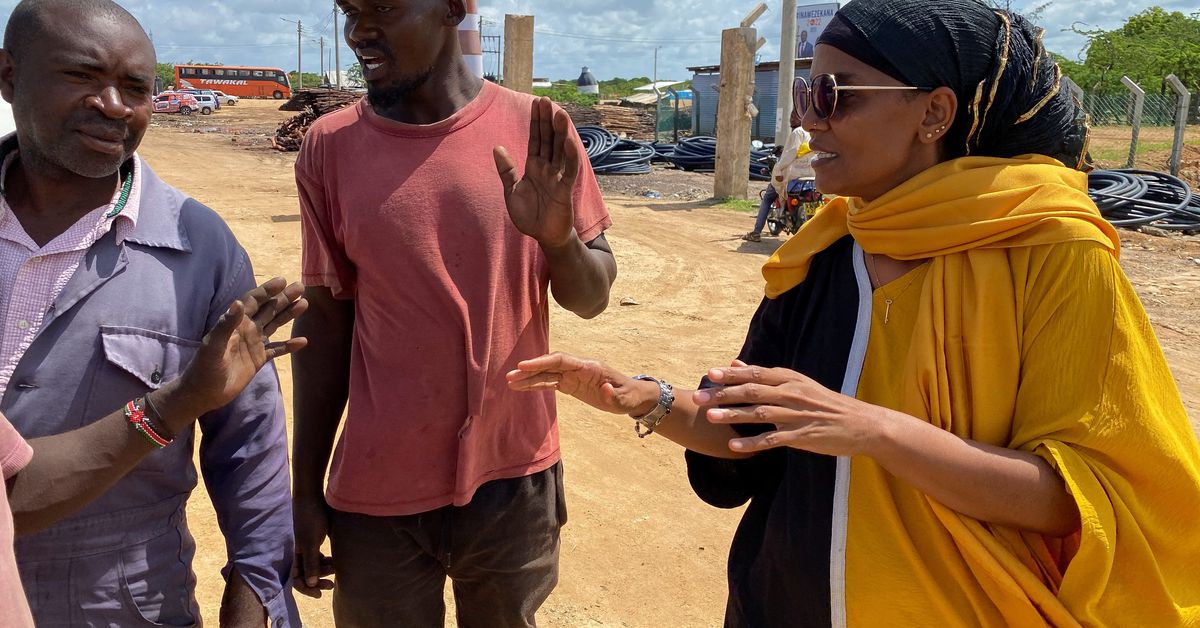 LAMU, Kenya, July 25 (Reuters) – Most Kenyan candidates gain access to politics by navigating the corridors of power in one of the country’s major established parties.

Health activist Umra Omar hopes to make her way to the office by a different route – through the mangrove swaps and creeks of her country’s Lamu Archipelago.

She has run the Safari Doctors charity for seven years, using small, brightly painted boats to cruise around Lamu to provide free medical care to people in some of its more remote villages.

Now she says she doesn’t just want to plug holes in the system – she wants to change it. She is therefore a candidate for the post of governor of the county in the elections of August 9 for the small Safina party, originally founded by the ecologist Richard Leaky.

She doesn’t have the infrastructure of a major political organization, but has a clearly targeted campaign in the coastal county known for both its multimillion-dollar vacation homes and impoverished villages.

The maternal mortality rate there is 676 deaths per 100,000 live births, compared to 495 nationally, according to the African Institute for Development Policy.

There are two clinical officers per 100,000 people, compared to 21 nationally.

“My path to politics was heavily influenced by our healthcare initiative here in Lamu,” she said.

Omar has pledged to launch a health audit in her first month if elected, saying three out of six people who seek treatment are referred out of the county because facilities are so inadequate.

Lamu Governor Twaha did not respond to requests for comment on the health situation.

His other priorities include training young people so they can work at a new port being built in the county, cleaning up the rubbish blowing around the 700-year-old town of Lamu – a World Heritage Site teeming with old Swahili buildings – and the construction of a diverse administration. .

If elected, she would become Lamu’s first female governor. Currently, only three of Kenya’s 47 county governors are women. There are also far fewer women legislators in Kenya than there are in its neighbors Uganda, Tanzania and Ethiopia.

“We need women in these spaces who make decisions about issues that affect our lives, our bodies, our children and the next generation,” Omar said.

Best Places to Get a Bad Credit Loan in August 2022