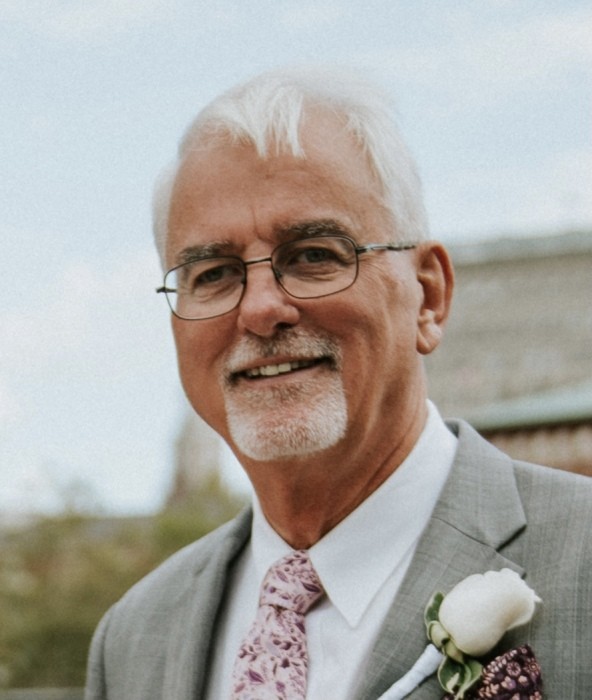 He was the first officer and husband of Ann (Powers) Shackford for 48 years.

Born in Quincy, MA, to the late Hobart W. Shackford Sr. and Eileen (McClintock) Shackford, he had also lived in California and Connecticut before moving to Rhode Island on April Fool’s Day in 1980.

In addition to his wife, he is survived by his daughters, Stacey Shackford, of Glasgow, Scotland, and Sandra Shackford Houle and her husband Charles Houle, of Cumberland, RI. He relished his role as Grampy for Oliver Pattison and Charlotte Bea and Madelyn Wright Houle. He is also survived by his two brothers, Carl Shackford of Kirkwood, MO, and Kenneth Shackford of Beacon Falls, CT, and his wife Susan.

Hobie studied engineering at Lowell State College and received his master’s degree in biomedical engineering from the University of Southern California. He spent his working days as a medical physicist with much of his career at Roger Williams Medical Center in the radiation oncology department where he was named Employee of the Year in 1991. Most recently he worked at North Main Radiation Oncology in Providence.

He passed on his love of science to his two daughters, who became fierce competitors at the science fair under his tutelage. The former Eagle Scout was a true Renaissance man and skilled jack of all trades who refurbished much of his home and took his family on memorable camping trips. Later in his life, he embraced travel and came across many of the top destinations on his list, including an African safari and the Galapagos Islands.

Hobie’s passion for sailing began in Boothbay Harbor, Maine, where his family vacationed every summer. Ann and Hobie spent their summers in Greenwich Bay, where her 45-foot sailboat, Shack-a-tack 2, was moored. While they were in their bliss, you could hear Ann ask him every day, “What’s better than this?” “

He wasn’t a man of many words, but many actions, a driver, a handyman, a trip planner and whatever you wanted on your Trivial Pursuit team. He was a researcher at the Rhode Island Historical Society, as well as an active parishioner and former choir member and Eucharistic minister at St. Augustine Church.

His family will drift without their anchor. Happy seas behind you, Hobie. We hope you are sailing with the wind.

In lieu of flowers, please do your own unexpected and unsolicited act of service on her behalf, or donate to Saint-Augustin School, 639 Mount Pleasant Avenue, Providence, RI 02908.

Visits will take place on Wednesday October 20 from 4 p.m. to 7 p.m. at Russell J. Boyle & Son Funeral Home, 331 Smith Street, Providence. The family asks you to wear a mask.

A Christian funeral mass will be celebrated on Thursday, October 21 at 10 a.m. at St. Augustine Church, 20 Old Rd, Providence.

To send flowers to the family or plant a tree in memory of Hobart “Hobie” Wright Shackford, please visit flower shop.

“There is always a political risk but I would say to investors, take a look at Zimbabwe”