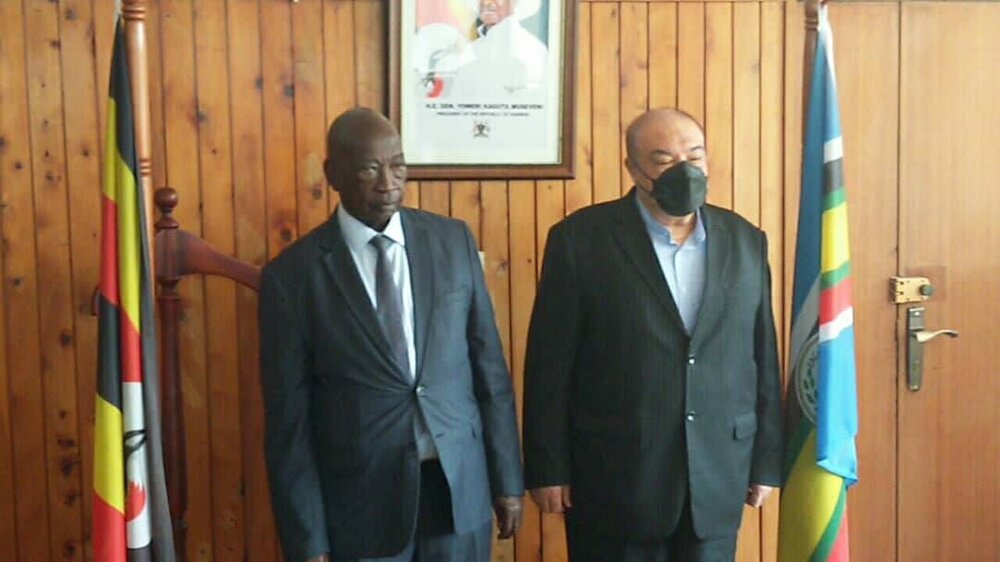 TEHRAN – Iranian Deputy Foreign Minister for Economic Diplomacy Mehdi Safari has held talks with the President, Prime Minister and Uganda Foreign Ministry Advisor in Kampala to strengthen bilateral relations in all the domains.

During this visit, Safari discussed possibilities for mutual cooperation with Ugandan Minister of Commerce, Industry and Cooperatives, Amelia Kyambadde and Minister of Agriculture, Livestock and Fisheries, Frank Tumwebaze.

During the meetings, the two sides held talks on the imminent holding of a joint meeting of the economic committee and on the expansion of investments in coffee, livestock, oil, small industries and agricultural products as well as on the creation of a permanent exhibition center for Iran. products made in the African country.

As reported, the Deputy Minister also met with Ugandan President Yoweri Museveni during which officials agreed on the implementation of cooperation agreements and the exchange of political and economic delegations to assess ways to strengthen ties. mutuals.

Deputy Minister of Agriculture, Mohammad Aghamiri, who accompanied Safari on his visit to Uganda, held talks with his Ugandan counterparts on issues of common concern.

Uganda and Iran have agreed to end restrictions on the entry of Iranian medicines and medical equipment into Uganda.

A mother is responsible for her deceased son’s $31,000 student loan