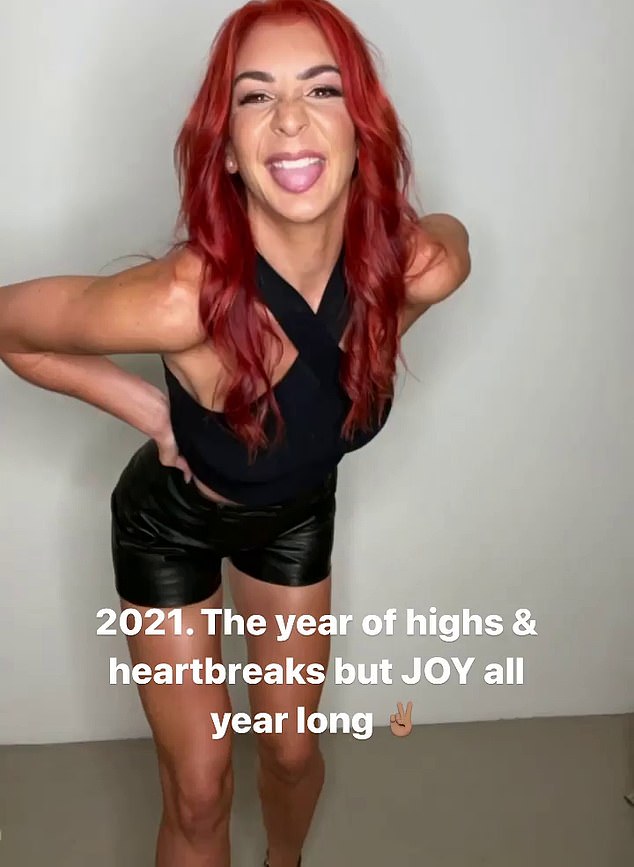 Influencer who refuses Covid vaccine compares herself to Nelson Mandela

An influencer has compared her relentless campaign against the Covid-19 vaccine to Mother Teresa’s global battle for the plight of the poor and Nelson Mandela’s war on legislated racism.

Anna-Rose Richards’ anti-vax views are so controversial and incorrect that Instagram shut down her account in October last year, but the fitness fanatic nonetheless continues to falsely insist that Covid vaccines are dangerous.

Last week she bragged about her 14-hour interstate trip from Perth to the Gold Coast, with a detour to Hobart, without a vaccine certificate or face mask – both of which are required to travel on commercial flights .

She has repeatedly asserted ‘I know my rights’ and bragged about her ‘flawless strike rate’ bypassing various Covid rules – and managed to circumvent border security to enter Queensland.

Though she’s shared her interstate jaunt and a range of other anti-vax opinions with her 15,000 followers, Richards seems eternally frustrated with how critics question the validity of her views on vaccines and the pandemic. .

The influencer has a strong opinion of herself, vaguely comparing herself to religious figure Mother Teresa, musical genius Beethoven and former South African President Nelson Mandela on social media (pictured)

Ms Richards’ views are so controversial that Instagram closed her account in October last year, but the fitness fanatic continues to insist that Covid vaccines are dangerous

The triathlete incorrectly says the Covid-19 jab is a ‘research experiment’ designed to ensure the next generation is dependent on pharmaceutical companies, rather than helping to stop people fighting for life on ventilators.

On Monday, she wrote a lengthy Instagram post in which she slammed the mainstream media for trying to “shut me down or shut me up.”

“And yet, I will rise. Again and again. Stronger and better than before,” she wrote.

Richards then rhetorically asked his fans to name five people who criticized the world of Ludwig van Beethoven in the late 1700s – one of history’s most admired composers.

She then suggested Instagram users name anyone who has taken aim at Mother Teresa – who was posthumously given saint status by the Catholic Church for her benevolent humanitarian efforts – and Nelson Mandela, a revolutionary who changed racist laws in South Africa.

‘Of course you can’t. Why? Because no one remembers the reviews,” she claimed.

“They are never remembered in history. Ever. But those who never stop and keep dreaming big, living big and making an impact are.

Richards then hinted that living as such world-changing leaders is “a lot of fun” and implored his followers to stop listening to their “critics and skeptics”.

An acquaintance of Richards, who wished to remain anonymous, sent Daily Mail Australia a screenshot of the influencer saying in a private group “Hope I caught it”.

She then referenced a friend when she said, “I hope you have it to build those beautiful antibodies.”

When Daily Mail Australia approached Richards about the post privately, the triathlete declined to give a genuine response.

She later provided comments on the matter in her Instagram Stories.

Ms Richards regularly updates her Instagram followers on her travels – and has pointed out to those who oppose her that ‘no one remembers the criticisms’.

An acquaintance of Richards, who wished to remain anonymous, sent Daily Mail Australia a screenshot of the influencer saying in a private group “I hope I caught it” (virus). She then referenced a friend when she said: ‘I hope you have to build these beautiful antibodies’

“If living your normal life when you’re healthy and don’t have Covid – going out and about to run errands and go to cafes is trying to catch Covid, then yes, I am because I’m living my normal life,’ she said.

Richards made headlines last week for bragging about his long journey from Western Australia to Queensland.

Western Australia’s borders are closed to all states until February 5, but it’s possible to book a seat from there on limited flights to other capitals, so when Richards saw one around Tasmania, she jumped at the chance.

Richards claimed she read all the government websites and rules to make sure she squeezed through all the loopholes but never broke the laws, before realizing she could be surprised upon arrival at Hobart airport.

“So I get off the plane and everyone shows their phone. “Fuck,” I thought. I knew immediately that I had missed a very important piece of information,” she wrote.

“Turns out I missed several.”

What Richards missed was that Tasmania requires all arrivals to be vaccinated and to have registered their details with the state government before travel.

After a bizarre rant about the government’s policies on Covid and bragging about her ‘very rich and very influential girlfriends’, she posted a selfie at her home on the Gold Coast (pictured)

Richards claims she maintained a happy disposition while refusing to show her nonexistent vaccine passport to state border forces.

Richards said they eventually agreed to let her through the gates because she was on a connecting flight.

“So here I am sitting at Hobart departures, with a glass of bubbles, having narrowly avoided hotel quarantine,” she said.

After a bizarre rant about the government’s Covid policies and bragging about her “very rich and very influential girlfriends”, she posted a selfie at her home on the Gold Coast.

Tourism and hotels Over the year 2022-2028, the market should experience significant gains – Industrial IT