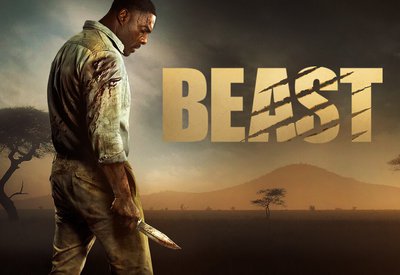 The one and only Idris Elba stars in the new film set in Africa titled “The beast‘.

This actor confronts a rogue lion who is ravaging a village.

Watch the drama unfold below:

The gist of this film is about a father and his two teenage daughters who find themselves hunted by a massive rogue lion bent on proving that the savannah has only one apex predator.

J Sbu is filled with anticipation. He shares his thoughts with us below:

Read more: Anele Mdoda gives us the lowdown on the new local Netflix drama she co-produced

News 24 shares that the movie was shot entirely in South Africa. Locations included Cape Town and Limpopo. The final confrontation was filmed in the North Cape, on the Namibian border.

Read more: It’s back! The Durban International Film Festival is on and here’s what to expect

We can’t wait to see this film set in South Africa again.

Stay tuned to hear what we think!

Read more: Hilarious: SA influencer gets a haircut in the middle of a conference

Image reproduced with the kind permission of @ Swordfish978 /Twitter