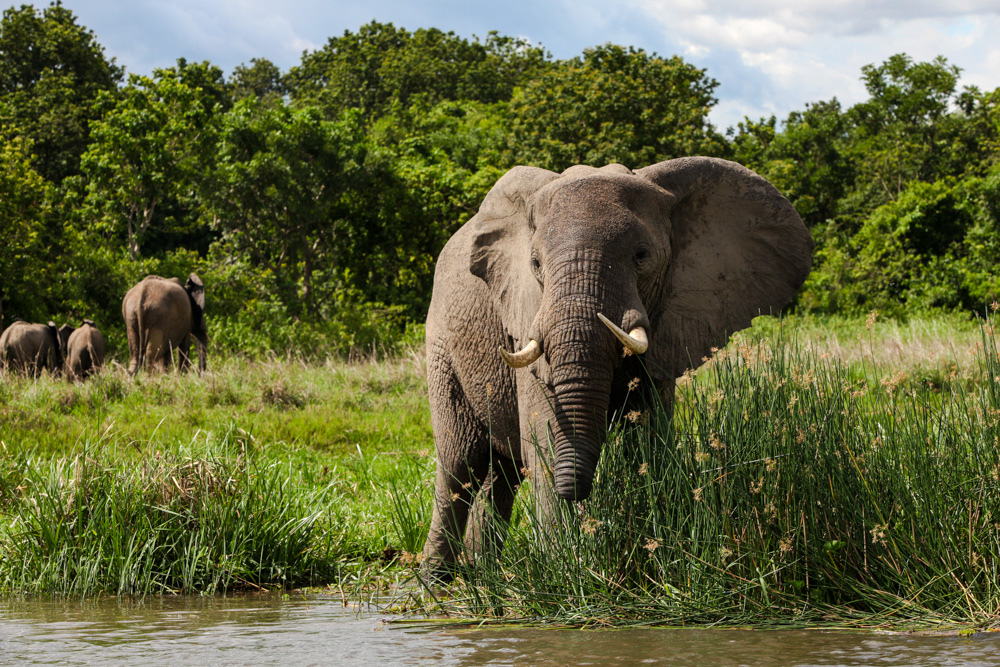 Greek adventurer Panos Karakitsos hopes to put the beauty of Uganda on the map with his new travel agency Adroa Travels.

Karakitsos, originally from the Greek city of Ioannina, moved to Uganda five years ago after falling in love with the country while interning there for his degree in International Tourism Management.

His experience as an intrepid traveler who is dedicated to finding beautiful and less traveled trails, as well as his experience in tourism, inspired Karakitsos to realize his â€œbig dreamâ€ by starting his adventure and safari business Adroa Travels.

Talk to greek journalist, Karakitsos expresses his goals for starting the travel agency in Uganda:

â€œAdroa’s goal is to experiment with all of your senses. Far from traditional safaris and expected images of the â€œbeautifulâ€ side of Africa, we have created unique itineraries that reflect authenticity, sustainability, cultural exchange and love of adventure.

Uganda is home to stunning natural beauty and rich culture

As well as showcasing the stunning landscapes of Uganda, nicknamed the ‘Pearl of Africa’ for its natural beauty, Karakitsos also hopes to introduce travelers to a culture that may be completely different from theirs, but which is in reality much ‘closer than you might think.

These ideas about Ugandan culture stem from distorted perceptions of everyday life in Africa that have little to do with reality, argues the Greek adventurer.

When some people hear the word Africa, which describes an entire diverse continent, they immediately think of â€œterrorism, crime and poverty,â€ he says.

â€œThese words have spread for many decades and now the image of a beautiful continent and an amazing country like Uganda has been marred. Yes, there are problems but not in the extremes with which we have been bombarded by the news, â€he said.

In fact, Uganda is teeming with unprecedented biodiversity and a vibrant and welcoming culture, he says.

There is incredible geographic diversity in Uganda, including grassy savannas, tropical rainforests, and even snow-capped mountains like Mount Rwenzori which is Africa’s third highest peak. Uganda is also teeming with water – it has 165 lakes, the largest number in all of Africa.

From its beautiful Lake Victoria, known as Nalubale in Luganda, one of the country’s main languages, the Nile begins its long, winding path through North Africa to the Mediterranean Sea.

Animals such as giraffes, lions, zebras, rhinos, elephants, buffaloes and leopards are all native to the country, which is also home to more than half of the surviving mountain gorillas, which are in danger of extinction. .

Nature lovers can explore Uganda’s 10 national parks, 12 nature reserves and 13 wildlife sanctuaries, which offer views of natural landscapes unlike those found elsewhere in the world.

Besides the countless natural wonders of the country, Uganda is also home to wonderful people, as Karakitsos claims.

â€œAbove all, Uganda is home to Ugandans, a beautiful nation who despite the pain felt by older generations through colonialism and infamous dictators, they love to dance, laugh and appreciate the day it was theirs. givenâ€¦ With 56 tribes living in Uganda, you can imagine that arts and culture are an integral part of people’s way of life and they are ready to share their magic with you.

Greeks and Ugandans have a lot in common

When asked if there are any similarities between Uganda and Greece, the young adventurer said that although the Greeks use the derogatory expression “we have become like Uganda” when they are Frustrated with aspects of their home country that they see as the third world, the two people have a lot in common.

â€œWe both share the essence of Philoxenia. Be the friend of a stranger. To open up your house and feed a traveler, â€says Karakitsos.

He says Ugandans also share the love of arts and culture which is common among Greeks. Ugandans, like the Greeks, are particularly fond of dancing:

â€œFrom weddings and traditional ceremonies to clubs and bars, Ugandans and Greeks are fans of good music and dancing,â€ he says, although he concedes that â€œthey can beat us Greeks in the moves.

One aspect of life in Uganda that Karakitsos struggled to adjust to was food, as he adores Greek cuisine. While the Ugandans approach cooking more simply than the Greeks, they have some of the best fruits and vegetables in the world “because Uganda is located on the equator and the tropical climate creates the best conditions for agriculture”, explains- he does.

Ultimately, Karakitsos insists that we are all humans with the aim of “connecting and interacting with each other in order to evolve and reach our highest potential and to broaden our horizons.” . This cannot happen if we decide to stay at home and observe this development from afar.

Traveling to Romania: a short guide to the new passenger tracking form