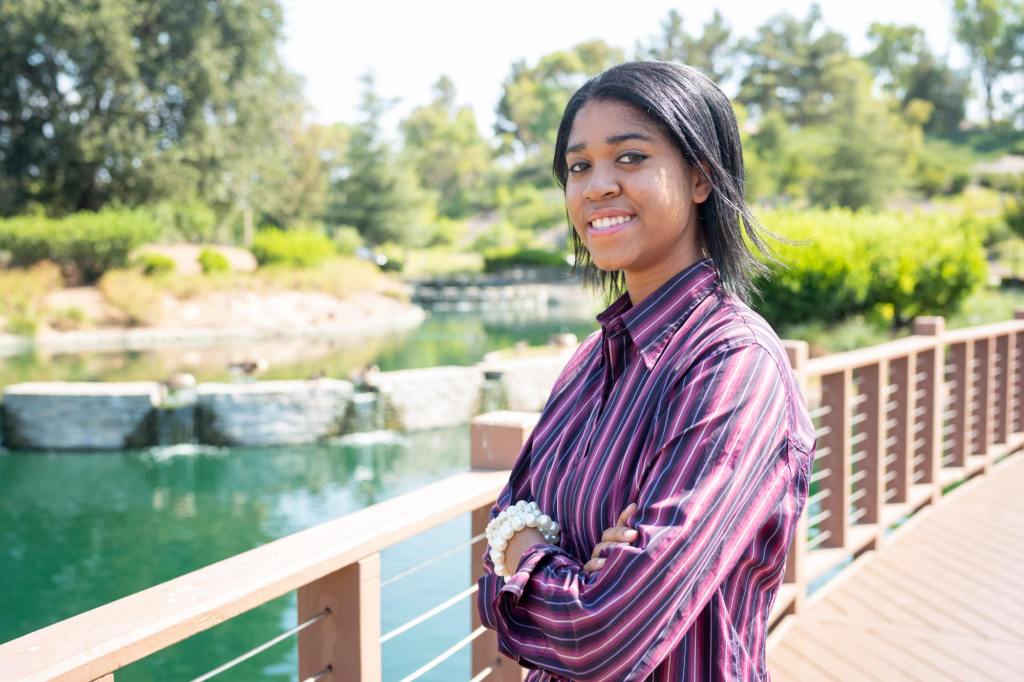 Zuriel Oduwole is a diplomat, a documentarian, an influencer and the cofounder of a nonprofit fighting for equal access to education for girls and ending child marriages around the world.

Oduwole is a Santa Clarita resident and a junior at UCLA studying cognitive development, where her classmates may not be aware that she’s traveled around the planet, been deeply engaged in United Nations programs and has made seven documentary films that have earned awards and screened around the world.

Since she started her journey half of her lifetime ago, Oduwole has met with more than two dozen world leaders, presidents and prime ministers – and, remarkably, they have listened, acted upon her advice and keep inviting her back to their countries on their dime .

Her international activism started at age 9, when she launched into a documentary in Africa for a school competition.

â€œI made a documentary on the Ghana revolution because the topic was revolution in history, and I wanted to cover a revolution that the rest of my peers wouldn’t be covering,â€ she said. â€œSo, I went to Ghana to film some scenes.â€

She interviewed two former presidents of the African nation for footage that would become her film â€œThe Ghana Revolution.â€ Seeing young women in African without access to education stirred her passion – and spoken it in dozens of countries including South Africa, Fiji, Samoa, Jamaica and the Marshall Islands, as well as in the United Kingdom and the US

At 14, she was honored by former US Secretary of State John Kerry for her educational advocacy work. In 2019 she lobbied to end child marriages in Mozambique. She’s also worked with Arab leaders to engage younger citizens in Egypt.

She was profiled by Forbes magazine at age 10, been interviewed by myriad media outlets and Elle included her among â€œ33 Women Who Changed The World.â€

Her proud father, Ademola Oduwole, always urged his children to watch the global TV news, though it wasn’t necessarily his intention to spark such high-profile activism.

â€œWe just wanted them to think laterally, not just vertically,â€ he said. â€œUnderstand what’s going around in the world, not just here at home. I was content with that until they started involving world leaders and talking to world leaders about issues and then the biggest thing is the world leaders started to listen. It wasn’t a case of ‘Hi, I’m 10 years old’. No, she was saying, ‘Are you aware of this problem here and what are you doing about it’? â€

Neither of her parents are engaged in world politics. Her dad once worked in Fiji in tourism and her mom is a computer programmer. But they are no strangers to world travel and they encouraged their children to take an interest in international affairs.

â€œI think we all are gifted in different things,â€ Oduwole said. â€œWe simply have to find our gifting, and no one can touch us in our chosen lane if we find our calling. I am a simple girl, a California teenager, who simply sees things differently and speaks up clearly. â€

This month, the young but experienced activist strongly contemplated throwing her hat in the ring for the September gubernatorial recall election here in California, because â€œWho says a teenager can’t be governor of California if she has the right credentials?â€

She didn’t pull the trigger because she needed to raise a lot of money to spend on media, advertisement, billboards and all the political accoutrements – a pricey process that she didn’t believe had any immediate value.

â€œThat was a difficult bridge to cross, especially since I’m a full-time student with no budget,â€ Oduwole said. â€œSo, it’sâ€¦ about the principle of looking for money, just to show or tell people what you can do, when I had been doing that for eight years across the world without spending a nickel.â€

She isn’t ruling out a political career later. And she’s already gotten plenty of experience in diplomacy and public speaking.

In 2017, she spoke in Paris at a social development event targeting the youth of France about the importance of their voices along with Bill and Melinda Gates and Ndaba Mandela, the grandson of Nelson Mandela, a South African anti-apartheid revolutionary, statesman and philanthropist who served as president of South Africa from 1994 to 1999.

â€œAbout half a million youth showed up,â€ Oduwole said. â€œThe event happened and then 10 days later France ends up with electing its youngest president (Emmanuel) Macron; this shows the power the youth can have when involved in the process. â€

She believes it’s important to realize ideas and solutions to problems are not completely exclusive to people no longer in their teens.

At age 13, she was invited to speak at the United Nations to help negotiate peace between Guyana and Venezuela, two countries in dispute over the Essequibo Oil territory for decades and at a time when conversations were escalating. She often speaks with world leaders at the United Nations in New York and Paris for instance and sometimes in their home countries.

â€œNow if you ask the average person how a 13-year-old is mediating peace, they’d say that’s impossible, they are too young but I was doing it,â€ Oduwole said. â€œEven at 14, I met John Kerry at the State Department discussing global issues. Again, would you expect a 14-year-old to be discussing global issues with a leader like that but again it shows that it’s just not about age. â€

More recently, when she was 16 she traveled to Mozambique and spoke with President Filipe Nyusi about education and the reason girls were not going to school and getting married at a young age.

She recalled at 17 she met with her first Arab leader, President Abdel el-Sisi of Egypt, and spoke about youth and peace in the region.

â€œAgain, these are all things that on paper someone would look at it and not thinking a young person is capable of doing these things, but it is something I did,â€ she added.

Oduwole can trace her activism back to when she was 9 years old and entered the National History Day Contest at her school. Students had to report on a particular topic through plays, essays or short documentaries. Some participants went to their computers. Oduwole went to Ghana.

â€œWhen I was there that’s when I saw a lot of children, but especially girls, out in the streets instead of being in school,â€ she said. â€œAnd as a 9-year-old I was thinking that’s not how it should be. They should be in school getting an education just like I do. â€

She had no experience with filmmaking, so she researched how to make a documentary. Now she teaches those skills to girls in Nigeria, Nivia and Mexico, among others giving them employable skills to support themselves.

Oduwole was born in Los Angeles, but raised by parents with roots in England and Scotland and grandparents from Nigeria and Mauritius, an island nation in the Indian Ocean.

The oldest of three children, Oduwole grew up playing soccer, basketball and volleyball and was homeschooled most of her life.

She learns munch on her travels, too. When she goes to different countries, she tries to learn a few phases in the native language and is self-taught and pretty fluent, she says, in Mandarin.

She and her younger sister founded the nonprofit Dream Up, Speak Up, Stand Up. Its primary mission is to end young-girl marriages and shine a light on how many girls around the world are denied the basics that their male counterparts enjoy.

It’s not a traditional nonprofit that spends many hours raising money, hiring a lot of people and staging board meetings, she said. That isn’t their style.

â€œIt’s to use the influence we have built with world leaders to get them to commit to doing simple things (with) big impacts instead of doing big things (with) small impacts,â€ Oduwole said. â€œIt’s how girl marriage was outlawed in Mozambique after meeting the president in Maputo (and) our partnership with the President and First Lady of Sierra Leone to reduce gender-based violence especially against teenage girls.â€

While she and her sister coach their brother’s soccer team this summer, the siblings are quietly building a strong coalition with female presidents Zuriel has met to attain a measurable goal on specific social development issues.

â€œI am also designing a simpler concept of no-frills, e-learning programs that the world can scale to very quickly having been e-schooled my entire pre-college life (because) I understand the benefits,â€ she said.

Oduwole has also met with the director of the Peace Corps to share her ideas about becoming partners in her nonprofit’s educational projects overseas.

â€œThat’s an exciting project,â€ she added, â€œwhere the US can show true leadership across the world.â€

The future of The Gambia clearly lies in tourism. Why the odds