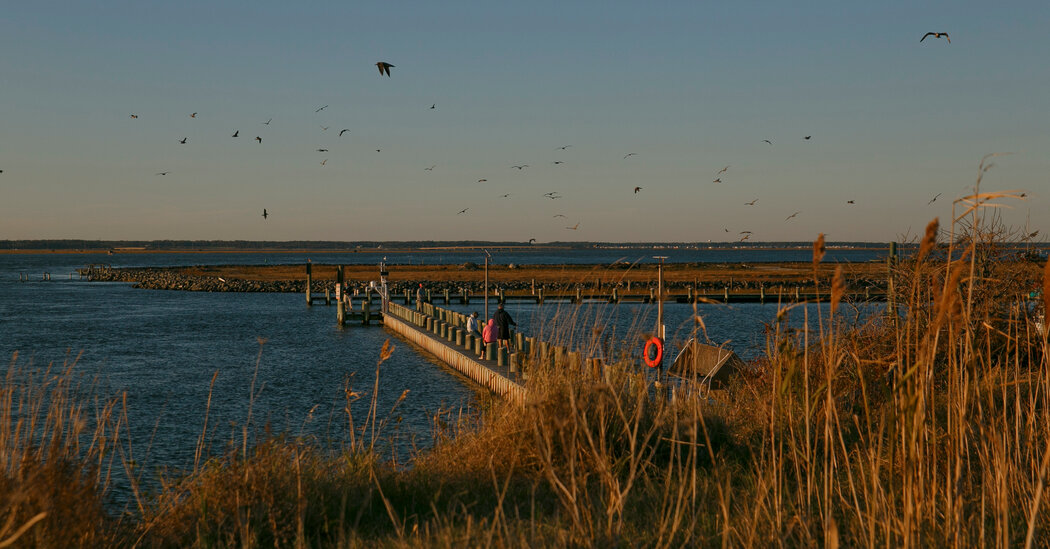 Go deeper into the land of oysters

Historically, African-American neighborhoods were far from the waterfront, so if you want to search for traces of Downings life on Chincoteague, you can go further inland, to the heights where Union Churches are located. Baptist and Christ United Methodist. A local podcast series called The Bivalve Trail describes Thomas Downing’s story on Chincoteague in more detail, following his trip to New York City.

Years after Downing learned to nip oysters on the east coast of Virginia, the greater Chesapeake region has grown into one of the largest oyster producers in North America. That changed in the 1970s and 1980s when the annual harvest declined sharply from the over 25 million pounds Virginia and Maryland produced just a decade earlier. A combination of overexploitation and an upsurge in water-borne diseases has led to the depletion of the region’s oyster reefs, which, despite continued efforts to revitalize them, are still far from their peak. Maryland and Virginia, once titans of wild oyster production, now produce less than 250,000 pounds per year.

It is therefore not surprising that the region has turned to aquaculture. Oyster farmers have largely replaced oyster claws, and while oyster farming does not replace the wonder that comes with discovering seashells in a wild reef, this practice allows farmers to protect oyster seeds from predators. , disease and even the simple threat of soft mud, which, given the lack of a hardened reef, could bury and suffocate an oyster.

When Downing moved to New York in 1819, he quickly became familiar with the Hudson River, where he focused on finding the best of the best on the New Jersey side. Downing knew oysters were in demand in New York City, and he quickly made friends and clients faster. Eventually, he opened his own cellar, Downing’s Oyster House, on Broad Street in 1825, where he would serve Charles Dickens and a whole world of white elites. Even Queen Victoria ate oysters sent to her by Downing.

The culture around oysters began to change during the 19th century. There were the blue-collar oystercatchers Downing left behind on Virginia’s east coast, but New York City had its own oystercatchers that would turn their homes into dining caves for those who wanted a no-frills meal fresh from the sea.

When Downing arrived in New York City, oyster cellars – many operated by blacks and provided by black oyster farmers – were already popular, but they weren’t considered respectable places for serious dinner. Downing believed he could distinguish himself by appealing to businessmen in the financial district. Saving years of working as an oyster farmer in Philadelphia and New York City, he decorated his restaurant with damask curtains, a chandelier, and fine carpeting. In the evenings, businessmen even brought their wives to Downing’s, which was important as oyster houses were generally not considered ‘correct’.

His restaurant flourished. The new foodie paradise marked a shift in the way people viewed oysters, both as a culinary and social experience. It is this complexity in the cultural interpretation of oysters and the way they have been represented over time that fascinates me.