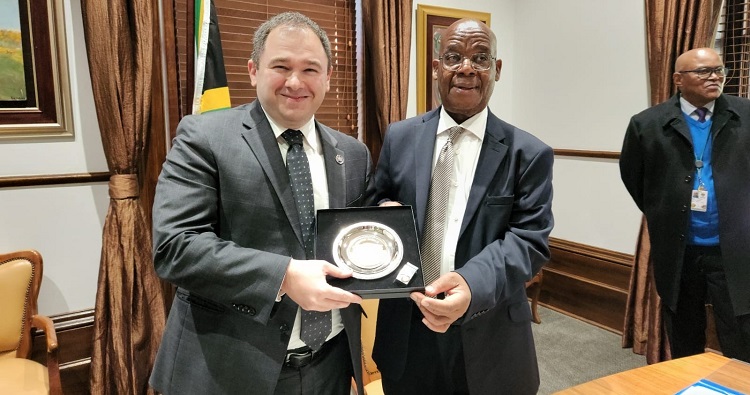 The strengthening of bilateral parliamentary relations and the deepening of cooperation in the areas of trade, tourism, reforms, agriculture, sports and education were discussed on Friday during a meeting between a parliamentary delegation Georgian and officials of the South African Parliament.

Nikoloz Samkharadze, Chairman of the Parliament’s Foreign Affairs Committee, briefed his South African counterparts on Georgia’s main foreign policy priorities and challenges in the Black Sea and South Caucasus regions, including aggression in Ukraine, in addition to introducing them to the “difficult situation” in the Russian-occupied territories of Georgia, the Georgian parliament said.

South African lawmakers confirmed their “strong support” for Georgia’s sovereignty and territorial integrity at the meeting.

[W]We had interesting meetings with South African legislators where we discussed various ways to strengthen our ties. […] In the future, we plan to host them in Tbilisi and share our experience. We have also received confirmation that South Africa will be faithful to the principle of territorial integrity of Georgia,” Samkharadze said after the talks.

The state should exploit our sports tourism potential