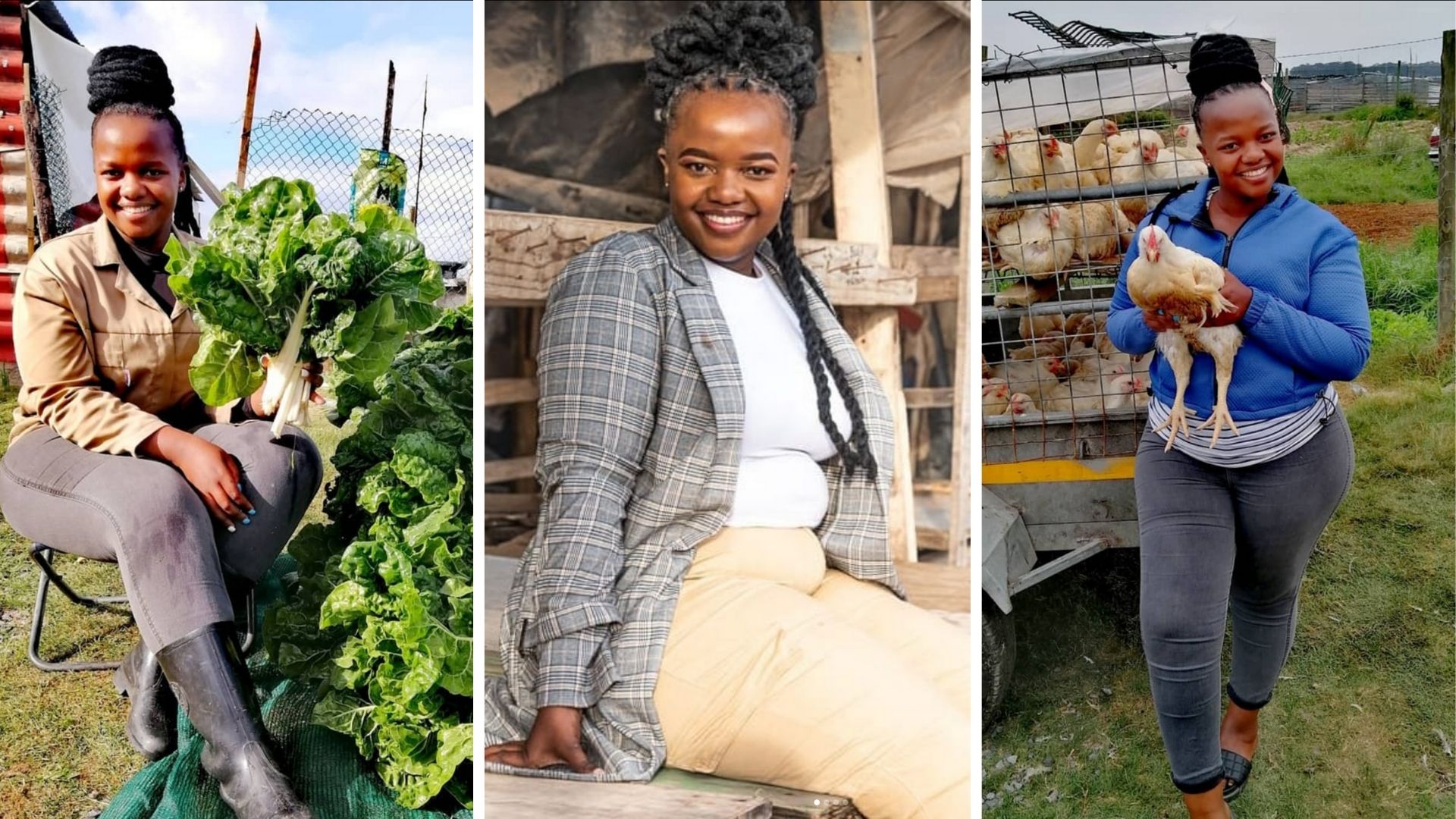 Farmer, influencer, go-getter – Ncumisa is it all

She only started her farming journey two years ago, but success has followed 28-year-old Ncumisa Mkabile from the Eastern Cape. This community activist and farmer has since won awards and become an influencer for highly influential brands across the country. And she’s not done yet.

Born in Cofimvaba, Mkabile moved to Cape Town when she was six years old and her love of entrepreneurship began when she helped her father in their home confectionery shop.

The Boston City Campus travel and tourism graduate, resigned from her Cape Town post in 2018 to start her sweets and African food business in Khayelitsha.

“Since the year 2018 there has been demand for African food and everything I sell. I opened a catering business in January 2020 but as the business started to take shape Covid hit and I I had to close,” says Mkabile.

“I was doing door-to-door deliveries and with Covid-19 Level 5 restrictions we weren’t allowed to move. Everyone was afraid. We tried to sell take out but people were scared to go out so operations weren’t working – so we decided to close it.

Nothing ventured, nothing gained

Mkabile decided to start farming on a two-hectare plot at a nearby school. She grows spinach and sells chickens.

“I decided to approach UXolo High School to get their land which was not being used, to start my operations. The other reason was that I couldn’t get financing because the other land I was using didn’t have a lease.

“I’m happy to be here because there is access to water, access to electricity and it’s school ground, so I don’t need a lease,” she explains.

She says she is thrilled with the number of successes she has had in a short time.

“I am a self-taught farmer, and my fears disappeared as soon as I started working the land. The support structure has truly been my community supporting me wholeheartedly.

“Giving back to the same community, I’ve employed seven people – two permanent while the other five are seasonal. I supply my spinach to the local Spar supermarket, most neighborhoods in Khayelitsha and ordinary members of the community,” she shares.

Mkabile won the Realize A Dream competition, which helped her buy the machinery for her irrigation system earlier this year.

“I want to be a commercial farmer and create jobs for people in my area of ​​Khayelitsha. This is where I want to see myself go in the next few years. Giving back to the community is essential to me.

Mkabile says that it is through education and training that food safety issues could be solved, and she sees herself as an important player in equipping young people who want to enter the sector and contribute.

“I had a lot of opportunities and doors opened for me, so I want to create this platform for other young people who want to become farmers.”

Mkabile was recently appointed Youth President of the African Farmers Association of South Africa (Afasa) in the Western Cape.

” There is a lot to do. My role as an Afasa Youth Leader is first to organize a roadshow which will take place in September and which will educate black farmers about the opportunities available to them.

According to Mkabile, there are plenty of young farmers in the Western Cape who are doing well but need guidance and resources to up their game.

“Our role as young people will also be to give information to young people, which doors to knock on when they need help, where to go to buy trade tools, raise awareness on how to access the market, get a piece of of land. That’s what we’re going to do.

Get stories of change: Inspirational stories from the people who feed Mzansi.

Best Places to Get a Bad Credit Loan in August 2022