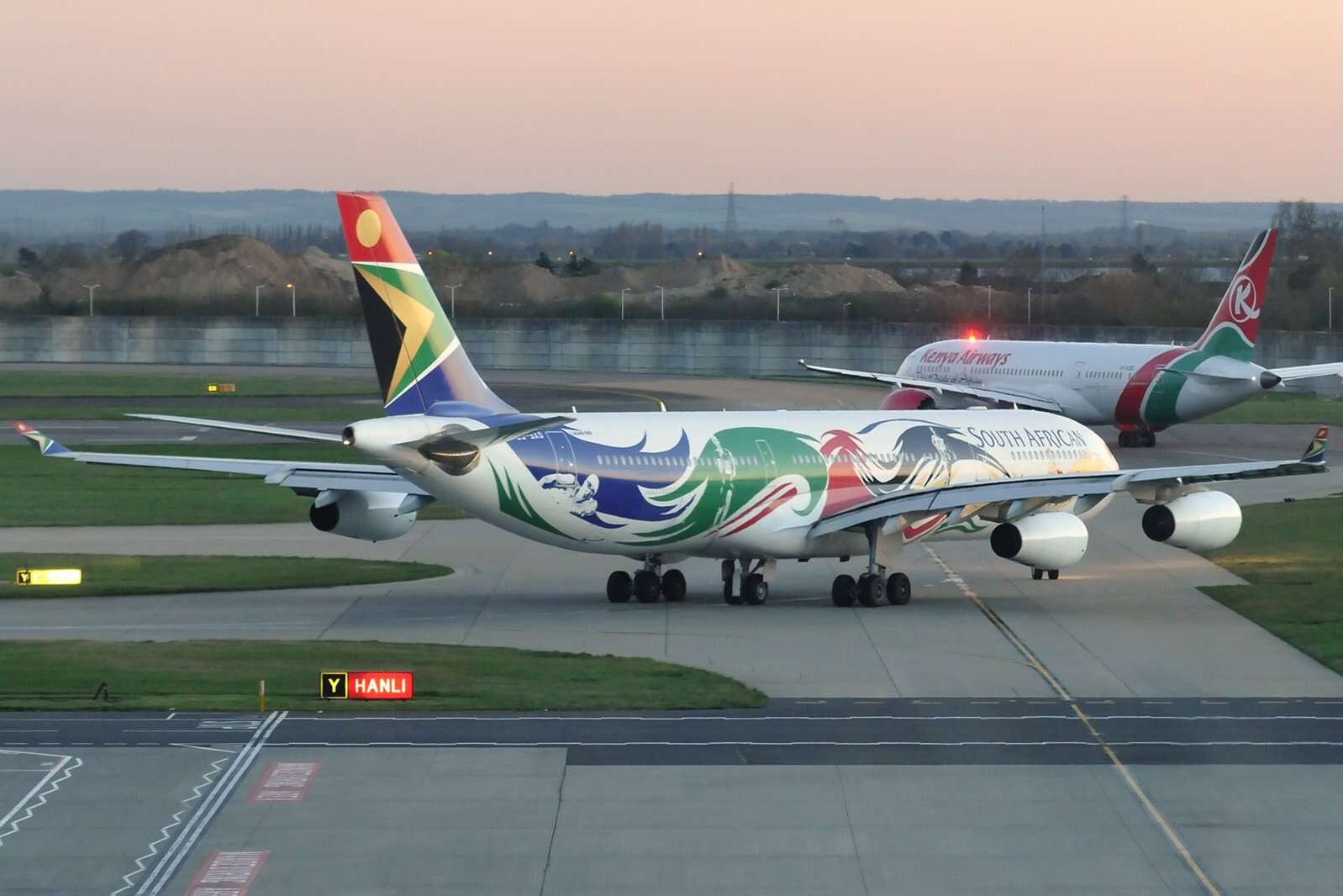 President Cyril Ramaphosa has led a trade delegation to Nairobi with the promise of boosting trade ties to “higher heights” and disrupting the traditional modus operandi.

South Africans have previously done business in Kenya and the wider region, but they have recorded mixed fortunes, with banks succeeding and retail chains closing their doors.

The new deal, President Ramaphosa and his host Dr. William Ruto said, will be based on the African Continental Free Trade Area (AfCFTA) agreement, which will help circumvent the protectionism that has dogged regional blocs to which they belong – the East African Community and Southern African Development Community.

It won’t be cheap

The pan-African airline was a priority on the agenda of the Nairobi meeting. But it won’t be cheap or fast.

Both countries have technical teams working on a partnership between Kenya Airways (KQ) and South African Airways (SAA). The partnership will first target the survivability of the two airlines – which have recently experienced difficult times – by complementing each other’s routes and focusing on viability by reducing debt exposure.

When the two are stable in the skies, they will start looking for potential investors to build a continental carrier.

President Ramaphosa’s announcement to waive visa requirements for Kenyans from January 2023 for up to 90 days per year has given impetus to the agreement with the airline, opening doors for Kenyan travelers in South Africa. This should directly help the two struggling airlines get more traffic. In the past, South Africa’s insistence on single-entry business visas discouraged travel.

“We discussed the issue of visas between South Africa and Kenya, with a view to allowing Kenyans to visit South Africa without a visa. This will officially commence on January 1, 2023 and will be available to Kenyans for a period of 90 days per year,” President Ramaphosa said.

John Rocha, South Africa’s chief director of Trade Invest Africa, said the decision to remove the visa requirement will lead to an increase in the number of Kenyan citizens traveling to South Africa and vice versa.

“It is a way to strengthen the financial positions of both institutions,” Rocha told The EastAfrican on Wednesday after holding trade talks with Kenya’s Principal Trade Secretary Johnson Weru.

KQ and SAA first signed a Strategic Partnership Framework in South Africa in November 2021. KQ Chairman Michael Joseph, who was present at the signing of the agreement between President Ramaphosa and the former President Kenyan Uhuru Kenyatta, said at the time that the partnership would increase connectivity through passenger and freight traffic, while strengthening AfCFTA implementation.

“The geolocation of the two countries will make the pan-African airline attractive by creating the most formidable airline that should take advantage of the strengths of South Africa, Kenya and Africa,” he said.

This week Joseph said East Africa that KQ was already transporting goods on behalf of SAA under the agreement.

“It’s good for KQ and we have a codeshare. Plans with SAA are still ongoing, but we are shipping freight for them,” he said.

The deal, if successful, will improve the financial base of both carriers by reducing costs, increasing the size of the fleet available through codesharing and could lead to a new airline group by the end of 2023, according to KQ General Manager Allan. Kilavuka.

“The partnership is critical to realizing the Single African Air Transport Market and African Continental Free Trade Area initiatives, which will open up Africa’s skies, boost trade, tourism and drive growth and value. of aviation across the continent,” Kilavuka said. said.

The implementation of the Amsterdam-Johannesburg freight block space agreement brought in more than $800,000 in revenue, after the special freight pro rata agreement was passed, officials said.

Rocha is confident that despite the financial difficulties of the two airlines, the partnership signed last year and the removal of travel visa requirements for Kenyan travelers on Wednesday will help them in their recovery.

“As part of the strengthening of trade and investment, the question of freight, the movement of people and goods – whether by air, sea or rail – becomes very important. And this is one of the items on the agenda.

Last year, a partnership agreement was signed between the two airlines and we are evaluating the progress.

Kilavuka said the pan-African partnership will provide customers with “the best possible benefits and connectivity for Africa’s growth.”

“The expected benefits of the pan-African approach will lead to the creation of Africa’s most formidable airline group, benefiting from two attractive hubs with the greatest traffic – Nairobi and Johannesburg – and an opportunity for expansion into South Africa. ‘Ouest such as the proposal for Air Senegal under consideration,’ said the CEO of Kenya Airways.

“The airline group will boost tourism routes linked to Kenya and South Africa, sectors that account for eight percent and three percent of the respective countries’ GDP.”

Apart from improving diplomatic and trade relations between the two major economies, the partnership is also expected to improve the customer experience for travelers from both regions.

“The KQ/SAA will benefit from economies of scale: shared services such as maintenance, supply, systems and joint expansion of cargo operations.

Approved by the Alliance

The establishment of extensive codeshares has received endorsement from their respective alliances – Sky Team (Kenya) and Star Alliance (SAA), a network of 24 commercial airline members operating in 184 countries.

SAA says it will introduce flights to Blantyre and Lilongwe in Malawi, Windhoek in Namibia and Victoria Falls in Zimbabwe before the start of the festive season.

With increased frequencies to Accra in Ghana, Cape Town, Durban in South Africa, Harare in Zimbabwe, Lusaka in Zambia, Mauritius and Kinshasa in DR Congo, these changes represent the second phase of SAA’s post-Covid recovery plan .

KQ, for its part, suffered a setback last week due to a strike by its pilots.

It has faced competition on its traditional routes to West Africa and London, with Ethiopian Airlines and RwandAir increasing their frequencies.

In 2020, the Rwandan airline moved to London Heathrow.

SAA is still suffering from the Covid blues. Cash generated from operations is insufficient to meet its debt obligations as airline activity remains under pressure. Last month it received a boost when the International Air Services Council allowed it to retain all traffic rights on historic routes, after giving up a number of frequencies on destinations it does not serve. not currently.

“Currently the airline has deployed additional capacity on the Cape route to meet demand and we have increased the size of aircraft on the Harare route.”

From paper to market

Observers say that if KQ and SAA can overcome their internal challenges in moving the partnership from paper to market, defining structures, navigating regulators and embracing open skies, the tie-up could also be what lifts them out of their current quagmire. .

“A co-ownership operation is likely to protect the carrier from the predatory tendencies that have led the partners into dangerous territory as one watches over the other. On the other hand, embracing competition under the SAATM (Single African Air Transport Market) would incentivize them to offer a compelling and competitive product to support their survival,” adds a figure from the Aviation Regulatory Space in Africa.