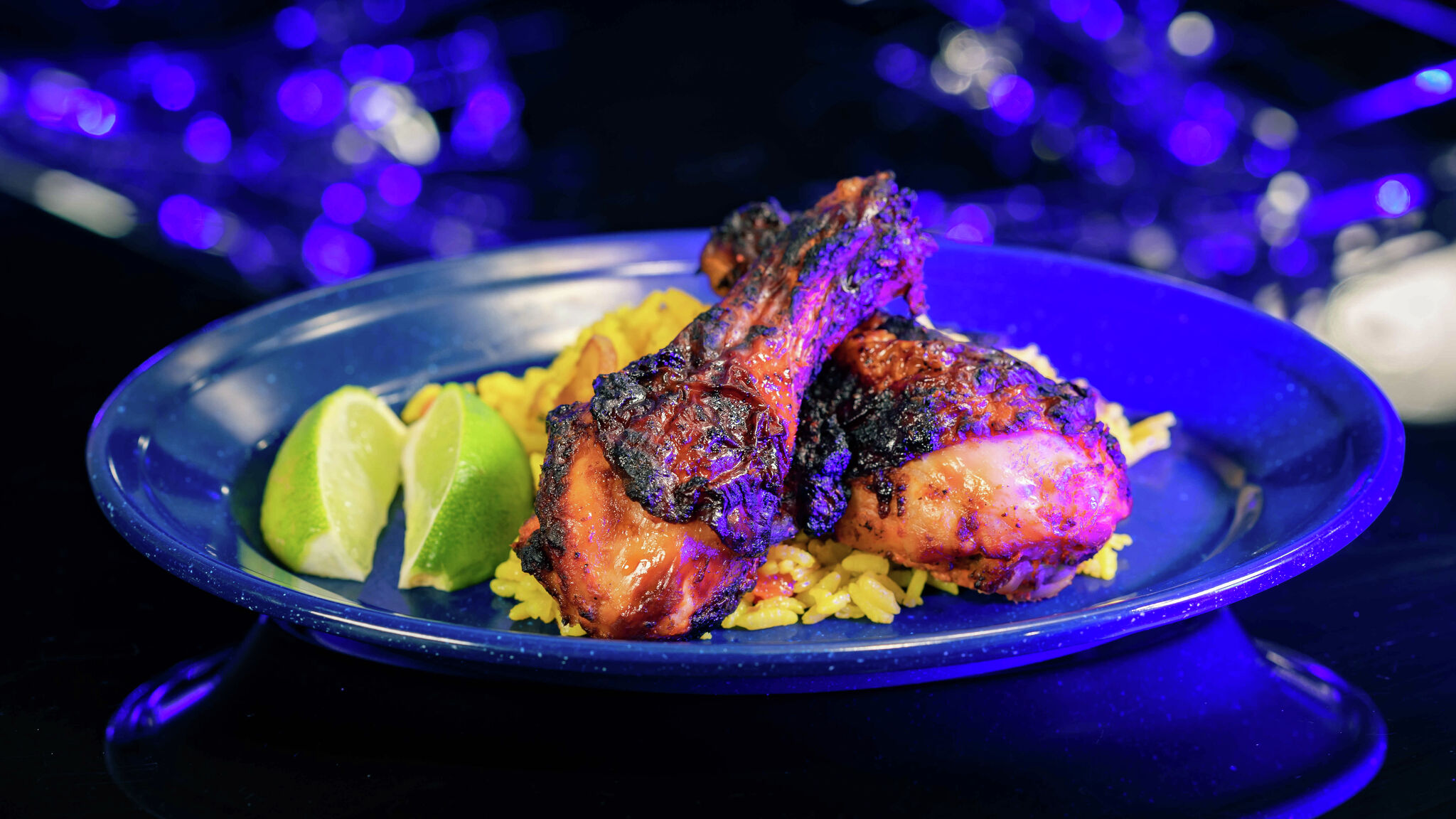 I don’t know about you, but every time a Marvel movie heads to Wakanda, the fictional African country that’s home to Black Panther, I have a thought: I just wish I could go there.

Unfortunately, I can’t. But Disneyland, as part of its celebration of the release of “Black Panther: Wakanda Forever”, brought me a little closer. They’ve created foods from Wakanda, and you can try them in Disney California Adventure.

There are many elements to the celebration, including a new Black Panther in Avengers Campus, an all-new show, a huge photo space, real costumes worn in the movie, and a tribute to Chadwick Boseman. But on November 11, the day the movie was released and the Wakanda attractions opened in the park, the first place I wanted to be was at the Wakanda Forever booth. It was finally time to taste the imagined country.

It made. not. disappoint.

The peri-peri chicken, a South African dish, was incredibly tasty – smoky, a bit spicy and very tender, and was served with West African jollof, a yellow rice with mixed vegetables. I thought the chicken would be the highlight, but then I tried the maafe, a West African stew. Although it sometimes includes meat, this version of ground peanut stew was made with sweet potatoes, tomatoes, black-eyed peas, and spices, and served with a side of naan. There was also a bit of spiciness, but just the right amount, and the peanuts took the stew to a whole new level of deliciousness.

Butterfly pea tea lemonade is where the offerings got truly Wakandan. The riff on the Arnold Palmer included lemonade, ginger beer and honey, and was topped with a bright purple butterfly pea tea, which evokes the ‘heart-shaped weed’ that sends the Black Panther on the ancestral plane and grants that person enhanced physical abilities. . The “dawa” version of this drink is accompanied by another type of improvement: vodka.

I don’t always like the Disneyland-themed dishes (see: peanut butter and jelly macaroni at this year’s Food & Wine Festival), but these were breathtaking. I would order, and will probably order all four again.

This isn’t the first time Disney has served Wakandan food, but it’s the first time it’s been available on land. The Disney Wish, Disney Cruise Line’s newest cruise ship, has an Avengers-themed restaurant, Worlds of Marvel. Among dishes from Stark Industries and Pym Technologies, the restaurant also offers dishes from Wakanda and Sokovia, the fictional Eastern European country where Wanda Maximoff (the Scarlet Witch) is from.


There, you can dine on Wakandan hearts of palm ceviche or Berber-style spiced pork chop, or Sokovian “kartoffelsuppe,” a potato soup with minced sausage. There are also foods from New Asgard, Kamar-Tej and Madripoor.

At Disneyland, the rest of the “Black Panther: Wakanda Forever” celebration takes place inside and outside the park. There’s a new mural at Downtown Disney featuring a scene from the new Black Panther children’s book, “The Courage to Dream.” Inside DCA, the huge Super Store displays costumes from the film.

In the Black Panther Celebration Garden near the Hyperion Theater, there is a huge Black Panther statue surrounded by glowing heart-shaped grass. (There is a lighting ceremony around 5:20 p.m.) In the garden, there are also tributes to King T’Challa. Some of them are obvious, and some of them are easter eggs that you will need your Wakandan-English dictionary for.

But most importantly, the new Black Panther has arrived at Avengers Campus, and she’s brought some friends with her. In addition to this new character (whose identity I won’t spoil even though it’s barely a spoiler), M’Baku, leader of the Jabari tribe, has come to the lands. Additionally, there’s a new show called “The Way of the Jabari,” which Disney describes as “a whole new experience that shares some of the culture of the Jabari tribe through song and drumming.”

On the first day these new Wakandans arrived at Avengers Campus, huge crowds gathered to see them, and the excitement radiating from these people was palpable. When Black Panther crossed his arms in the Wakandan salute and shouted “Wakanda forever!” everyone, young and old, did the same in a collective roar.

The experience runs until January 8 at Disneyland.