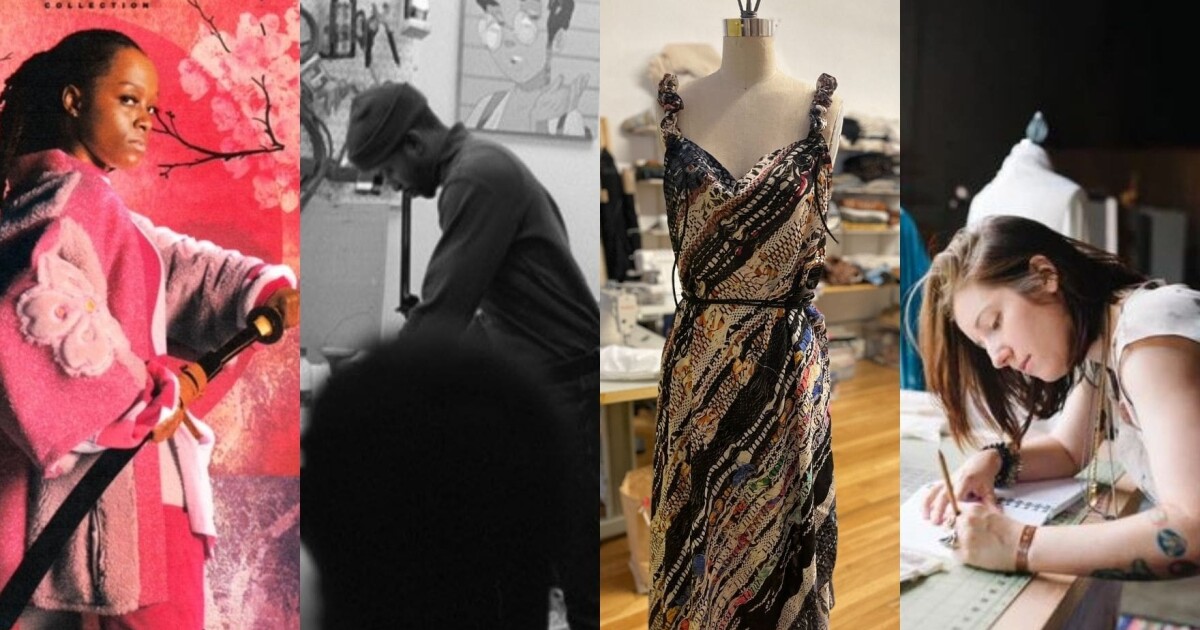 Gordon Holliday didn’t want to become a fashion designer. The Baltimore native wanted to be an artist, but when he got to college he was intrigued by how people dressed to express themselves. So he decided to use his creative talents to elevate fashion – to create items that people not only want to wear, but are proud of and want to keep.

“With everything I create, I want to do something that can be cherished,” said Holliday, who now lives and works in Charlotte.

Expect to see plenty of clothes to treasure on Wednesday night downtown for a fashion event called District de GarMINT QC. Five local fashion designers, including Holliday, will headline the event, with their work displayed on mannequins in a fashion show.

It’s not fair neither is a parade. The event will include a pop-up market with 50 local vendors.

‘This fashion show connects Charlotte’s designers with the celebration of global culture and street fashion featured in ‘Anna Sui’s World‘ at the Mint Museum Randolph, but it also underscores the importance of fashion to our city and the museum’s recognition of all forms of creativity and innovation, whether in painting, sculpture, craft, design or fashion,” said Mint Chief Jen Sudul Edwards. curator, in a press release announcing the event.

Megan Lagueruela arrives in town from Greensboro for the show. The fiber artist’s fashion line, Megan Ileneoffers biodegradable clothing created in a zero waste spirit, all made in North Carolina.

She usually makes ready-to-wear clothes, but she’s tweaking a few things for QC GarMINT District — a mix of experimental items and clothes she already has available.

“The leftover textiles that I have from cutting out my patterns, I save them all, then cut them into pieces and put them back into new fabrics that I weave,” Lagueruela said, describing her zero-waste weaving process. .

She is particularly proud of one of the pieces she debuts in the show.

“I have a friend who owns a specific type of printer that works with dyes instead of ink, because the ink is plastic-based and the dye is not,” Lagueruela said. “She printed an enlarged version of one of my weaves on fabric, and I made a pretty interesting asymmetrical dress with it, so it looks like it’s woven, but it’s actually a picture of a weave .”

It is not the first time that Lagueruela has organized a parade. In fact, she was supposed to do fall/winter 2021 New York Fashion Week on the fly when a company asked if she could put together a collection in just four weeks. She was unable to attend in person due to COVID-19 restrictions.

Holliday, on the other hand, won’t have to travel that far for the show. But the collection he is launching on Wednesday? Good, it’s been a trip – one he did for about a year.

Holiday works with textiles and fibers and is artist-in-residence at Charlotte’s Brooklyn Collective. He’s been making waves in recent years for its focus on sustainability – in particular is the “up-cycle” use of already owned or donated items – thanks to its RENEW THE WORK ROOL Mark.

On Wednesday, he launches his Yasuke collection — kimonos inspired by the story of a 16th century African man who traveled to Japan and became a samurai warrior. He heard of Yasuke after researching Asian and black cultural history with a civil rights lens. Before that, he had really only seen pop culture depictions of black samurai.

“To actually have a historical context of a real African samurai? I was like, ‘Wow, what does that look like?’ Because I’m just digressing from what I’m reading, but what does it really look like?” said Holiday.

So he set about designing, blending traditional Japanese sewing techniques with a bit of 21st century flare.

“I wanted to reimagine what this samurai warrior wore in a modern context,” Holliday said. “…I was inspired by traditional Japanese quilting styles called sashiko and boro, and that style was really the inspiration for my collection. materials that are recycled.

In addition to Holliday and Lagueruela, three other designers present their creations during the event: Charlotte’s Tara Davisfrom Atlanta Gégé J. Gilzene and Charlotte’s Brehon Williams.

The Mint describes QC GarMINT District as a “prelude” to the “Fashion Reimagined” exhibition and catalog, which will be presented in December to mark 50 years since the launch of the museum’s fashion collection. Next week’s event is part of Wednesday Night Live, a partnership between three of the city’s cultural institutions – Mintthe Gantt Center and the Bechtler Museum of Modern Art – to offer free admission one evening a week, with larger rotating events, such as the fashion show.

The free event begins at 5 p.m. Wednesday and the parade itself runs at 7 a.m. Organizers note that seating is first come, first served. There is more information on the Mint’s website.