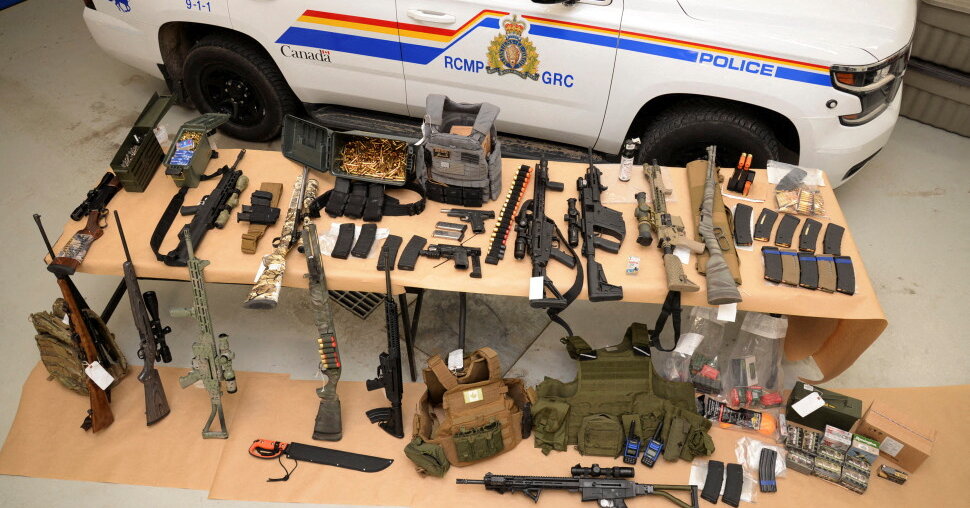 Police on Wednesday ordered protesters clogging Ottawa streets to leave or face criminal charges, appearing to set the stage for a crackdown on protests that have rocked the nation’s capital for weeks.

“You must leave the area now,” the Ottawa Police Service said in a statement and in leaflets distributed to protesters. “Anyone who blocks streets or assists others in blocking streets is committing a criminal offense and you may be arrested. You must immediately cease all illegal activity or you will face charges.

Police have warned that anyone coming to Ottawa to join the protest will also be breaking the law.

This week, Prime Minister Justin Trudeau made his most aggressive move yet, declaring a national emergency aimed at ending demonstrations that began nearly three weeks ago in the capital of Ottawa to protest the mandates vaccines, which have since spread across the country.

His invocation of the Emergencies Act gave enormous, albeit temporary, power to the federal government – and it was the first time in more than half a century that a Canadian government had taken such a drastic step. .

Police will now be able to seize trucks and other vehicles used during protests. Demonstrations that “go beyond legal protest” would be banned, the prime minister said, and the government would formally ban blockades in designated areas like border crossings, airports and the capital.

But Mr. Trudeau and members of his cabinet have repeatedly assured that the law will not be used to suspend “fundamental rights”.

After the leaflets were distributed to protesters in Ottawa, a group of them near Parliament Hill asked the police if they were going to be arrested. “If you receive the order, will you follow the orders?” asked one of the protesters. Officers responded that at this time they were not making arrests.

Denis Brown, 57, who quit his job as a technology service provider because he didn’t want to get vaccinated to travel, was circulating his own message on a slip of paper: Politicians should be arrested, he said.

The patience of many Canadians with the protests is wearing thin by the day. The nation’s image of serenity and order gave way to scenes of truckers shouting “freedom”, honking their horns, confronting police and, in some cases, mocking their masked fellow citizens.

While most of the protests have been peaceful, the presence of more radical elements was underscored this week when four protesters in Alberta were charged on Tuesday with conspiracy to murder police officers, in connection with what police described as a plan to use violence. if agents attempted to break through a blockade in Coutts, a village in southern Alberta on the Montana border.

A stockpile of weapons – including 13 long guns, handguns, a machete, several sets of body armor, a large amount of ammunition and magazines – was discovered by police in trailers in Alberta on Monday . Police said a small protest cell in the province was ready to use force to maintain the now dissolved blockade in Coutts.

Thirteen people between the ages of 18 and 62 have been arrested, the Royal Canadian Mounted Police in Alberta said in a statement on Tuesday. Along with charging four with conspiracy to commit murder, police charged most of the remaining protesters with possession of a weapon and “mischief” over C$5,000.

Marco Mendicini, the Minister of Public Safety, said Wednesday that three of the main border crossings previously obstructed by protesters – at Coutts, Alberta; Surrey, British Columbia; and the Ambassador Bridge connecting Windsor, Ontario to Detroit — were now open. The Ambassador Bridge is a vital supply route for the global automotive industry.

“For anyone thinking of coming to Ottawa this weekend, don’t,” Mendicini said, warning that those who did risk being involved in criminal actions.

Ottawa Police Chief Peter Sloly resigned on Tuesday amid criticism that police and Trudeau’s government have been ineffective and slow to stem the disruption.

As trucks continue to rumble through traffic and disrupt daily life in Ottawa, there have been signs in recent days that protests and blockages seem to be slowly easing. Ottawa police said Tuesday afternoon the number of trucks in the downtown area had fallen to 360 vehicles from more than 400 vehicles earlier in the week as about 150 protesters remained on the streets.

“This is not a peaceful protest,” Trudeau said this week. “It’s time to go home.”