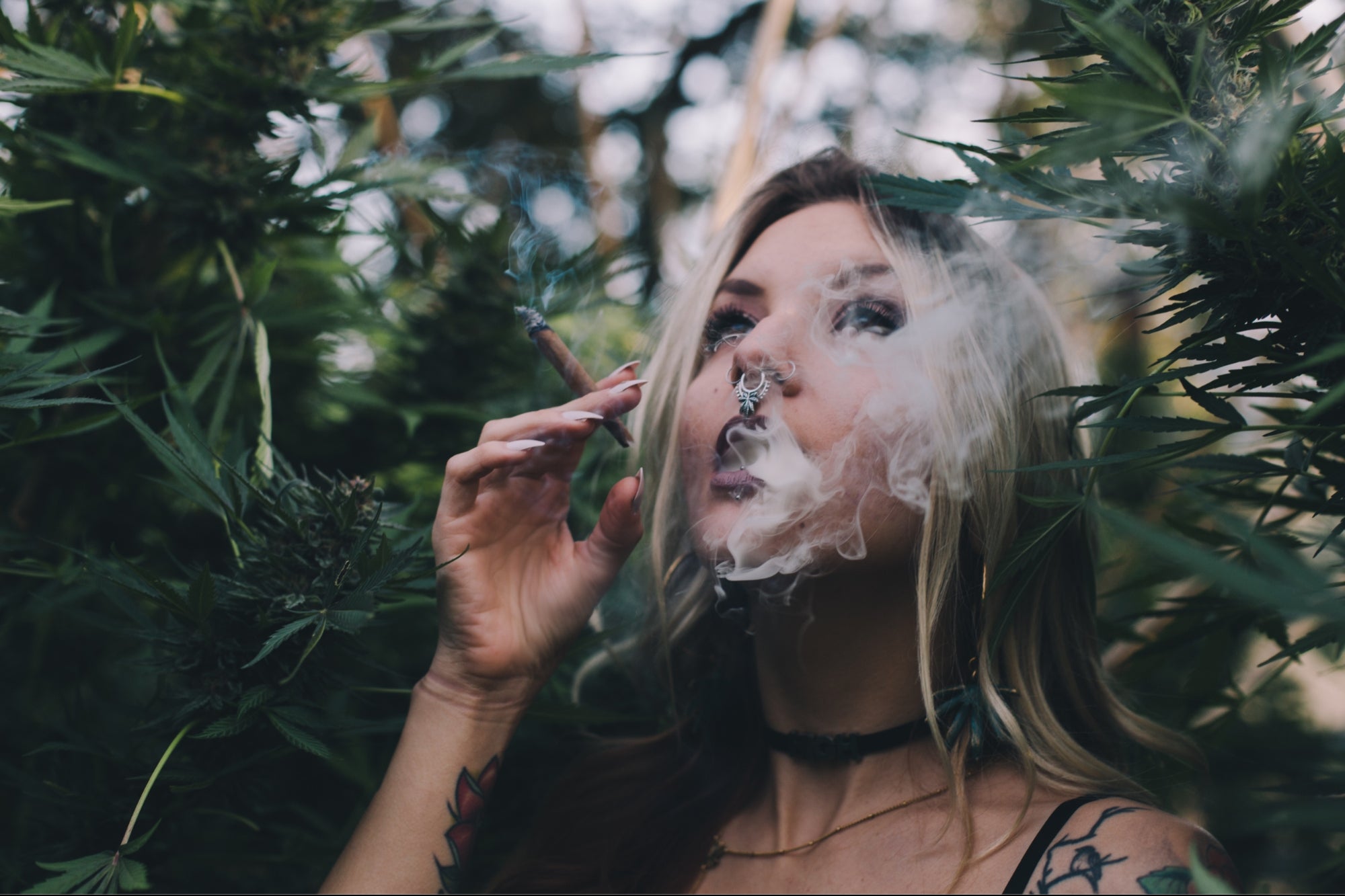 Can we have real stoner women on TV and in movies?

Mainstream cinema and television owe us real stoner women. The women who smoke weed like the real ones of flesh and blood. Not tragic women ruined by drugs, or helpless little creatures who take their first puff in dread.

Epic stories of drug trafficking, crime, and subsequent redemption, such as The Garden of Joy movie or the Weeds TV series, will be excluded from this ranking. This article praises female characters who smoke like real women, just like men: greedily, because they like it, and as part of their daily lives.

Without a doubt, the Independent Universe has portrayed thousands of multidimensional and lifelike female characters who smoke weed, much more complex and diverse than those selected here. But it’s a whimsical list, based on this writer’s own story as a mass culture and weed consumer. It is even almost biographical.

Here is a select group of women who have used marijuana in high-circulation mainstream content that many of us grew up with. Films that have come down to us, no research necessary, and which have exposed the world of women who smoke cannabis, and who are also ordinary people. Yes, as interesting, funny and self-reliant as they are, they are ordinary people.

Sex and the city

Although this is not a potty show, it deserves some recognition. The two episodes where the girls smoke weed meant a lot to a lot of girls of my generation (childhood in the 90s, adolescence in the 2000s). Why? Because it would be the first time we’d see an absolutely fabulous adult woman smoking a joint on TV.

While it is never implied that they are habitual consumers, when the joint does appear it does so naturally, without moral judgment and without being viewed as “dangerous”. For the time and the target of the series, this was no small feat.

The relationship these women have with marijuana is similar to that of many more or less progressive women of this generation: they like it, they respect it, and every time they smoke (which is not often), they are soaring high and having a great time.

There are two famous weed scenes in Sex And The City:

The first scene is from the third season (2000). In it, Carrie smokes with Wade, her “service boy” (one of the least important). Wade is a perennial teenager who still lives with his parents, and of course, provides the weed.

It is perhaps one of the most memorable scenes in the whole series. The couple spend a weekend of pure marijuana and relaxation, but when the boy’s parents come home, he holds her responsible. Between indignation and perplexity, Carrie takes the position of master: yes, the grass is mine … and since I brought it, I take it with me. In the next scene, we see her smoking with her friends.

Keeping weed is a deeply symbolic act of empowerment that is at the heart of this article. Weed is for independent women, not lazy babies who don’t know what to do with their lives.

The second scene is from last season, when Carrie is depressed because her boyfriend left her via a post-it. Samantha offers him a joint, which they smoke in the street and almost go to jail for it. Yes, they are sure because they are white women, splendid, in addition to being pitiful … But it’s still a good scene.

At the turn of the millennium, every teenager who wanted to call himself a “cinephile” must have seen all of Tarantino’s films up to now. Tarantino wouldn’t be the first feminist, but they were great movies.

Jackie Brown, the most low-key of his famous’ 90s trilogy, was centered and supported by very interesting female characters.

We are going to focus on the character of Mélanie, who seems to embody (more than a decade before legalization) the model of the Californian marijuana smoker.

Blonde, tanned and super laid back, Melanie is the girlfriend of a millionaire drug dealer in the Baja California beach house where she spends her days smoking weed. Everything around her is danger and crime … Yet it is she who smokes non-stop, not the criminals around her. In movie stereotypes, Melanie is like any male stoner.

Hers may be the best marijuana quote ever spoken by a woman in mainstream cinema. A phrase written to wow the minds of teenagers from 1997 to eternity. In the scene, her boyfriend tells her that smoking so much weed will kill her ambitions, to which she responds, “Not if your ambition is to get high and watch TV.”

The smoothest, funniest, and most accessible series about 20-something friends living in New York City, in an efficient 20-minute episode format.

Broad City is one of the best shows to watch while still being super high. In the adventures of these two girls, cannabis appears as a daily habit. It’s impossible to pick just one cannabis scene out of so many good ones.

The Broad City star duo – the great Abbi Jacobson and Ilana Glazer – have done a lot for the acceptance of us women who are funny, silly, goofy and lovable. He also provided a realistic and tender account of what marijuana is for female consumers in their 30s: a little spice in life, a time to switch off, something that is shared with friends for having. interesting discussions or just laugh until it hurts. It’s neither glamorous nor chic: they smoke cockroaches, they live with the dealers and sometimes argue over who to score. Much like life itself.

The show also has the most precise and refined stoner humor ever performed by women on television. You can tell the show was created by the main characters themselves, and they know what they’re talking about very well.

Without a moral angle, cannabis is the protagonist of many memorable scenes where various taboos are broken, such as smoking weed with the family. This was immortalized in an episode where the girls travel to Florida and, among other things, share a joint with Ilana’s mother and aunt, who are two Jewish women.

It’s a big scene, full of pop culture references: it’s shot like That 70’s Show, and Fran Drescher, who plays the aunt, is a pop icon herself.

Admittedly, this is not Gregg Araki’s best film. It is without a doubt one of the most mainstream and superficial of the flagship catalog of Queer cinema of the early 90s. However, his characteristic vision of “f * ck gender roles” is very much alive in this comedy.

In the film, a young actress named Jane (played by Anna Faris) has an absolutely psychedelic day, somewhere between funny and terrifying, after accidentally eating a tray of cannabis cupcakes.

Smiley Face is hyperbolic and unrealistic. Still, it gives the grueling (and often judgmental) story of a “crazy day after accidentally taking drugs” an interesting twist. Since the high woman is already a stoner and knows how to take drugs properly, she is ready to face what comes with such accidental poisoning.

The film contains some of the best described and most realistic scenes about being raised in public. It could totally star Seth Rogen but instead it stars a young guy Britney Spears with blond hair.

The role of John Krasinski, on the other hand, is usually played by “the girl” in the movies. He’s a weirdo with no charisma who is in love with the main lady and goes out of his way to help her, even if she’s a total mess.

A truly absurd stoner comedy, no more, no less.

Full Disclosure: There are a lot of issues in Van’s life that I cannot conceive of from my place in society. She is a young, working-class African-American mother. I’m not. And yet the character, played by Zazie Beetz, is extremely relatable.

Van is always tired, has a sour sense of humor, a very short wick, and an inquisitive disposition to make sure everything goes wrong. She is also fierce, independent and completely lovable. Like most of the characters in this great bittersweet comedy, Van smokes weed, but only occasionally.

In this episode, the deep problem of the unfairness of the less privileged sectors before the law is portrayed in the act of smoking. Van shares a joint with a friend from her teenage years who is also African American, but also a millionaire influencer. It represents the path that Van did not take, as hardly anyone could.

The inequity is noticeable: Van cannot smoke as freely as her rich friend because she does not have the same privileges. In fact, she forgot that the next day she is interviewed for a job at a school, so she has to take a drug test. A thousand tragicomic devices followed, in an attempt to pass this test, ultimately without success.

Van reminds us that no matter how good-looking, friendly, outgoing and intelligent you are. Being a weed smoker girl is tough, but being a lower class weed smoker African American girl is a lot harder.

What to wear on Safari, according to experts – Robb Report

The rise and rise of responsible tourism | To travel

Halle Berry’s New Film “Bruised” Gets Her In Control