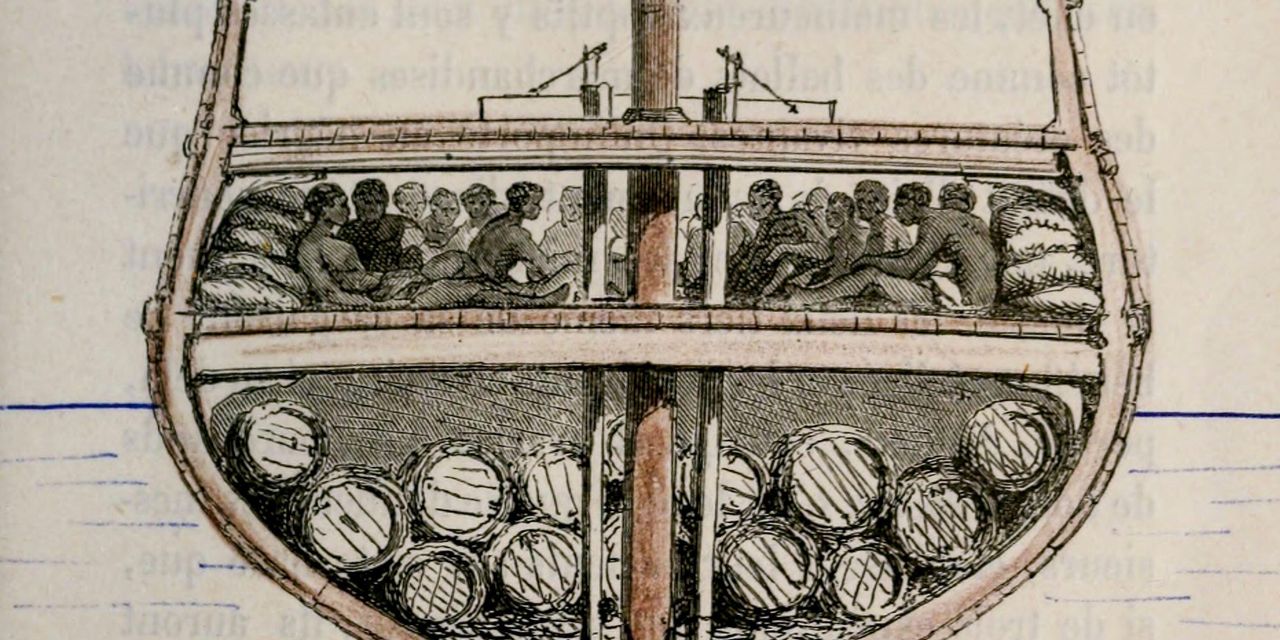 “Born in Blackness” Review: Slavery and Capital at the Dawn of a New World

While researching “Born in Blackness,” Howard French found himself on a large plantation in Louisiana, the kind that specializes in selling what he calls “a strangely romanticized past.” There, amid the unthinking bustle of pre-war tourism, Mr. French struck a discordant note by alluding to the plantation’s history of slavery. “We don’t really highlight the slave experience in detail here,” said a white official. His “muffled” response made it clear that their exclusion from the story was better for business.

Mr. French is a professor of journalism at Columbia University and a former reporter for the New York Times, where he was, among other things, bureau chief for West and Central Africa. He is descended, he tells us, from a “slave” named Priscilla, purchased in 1812 by James Barbour, the Governor of Virginia. “It’s not a matter of guesswork,” Mr. French writes. “We have a copy of the deed of sale.” With Priscilla, “whom he was known to favor”, Barbour fathered Winifred—Mr. French’s grandfather’s grandmother – in 1835. Barbour was 60 at the time, retiring from a political career which had seen him rise to the post of Secretary of War under John Quincy Adams.

Born in Darkness: Africa, Africans, and the Making of the Modern World, 1471 to World War II

We may earn a commission when you purchase products through links on our site.

The omission of a slave account on the Louisiana plantation must have felt like a slap in the face to Mr. French, suggesting, by analogy, that Priscilla and Winifred were not worth remembering. And yet, while “Born in Blackness” is a very personal book – written with steely, elegant indignation – it is also an incredibly detailed historical account of the role of Africa and Africans in the development of Europe and the Americas. Specifically, the book is about the “secular process of diminishing, trivializing and erasing Africans and people of African descent from modern world history”.

Mr. French begins his account in 1471, when the Portuguese crown established the first overseas European outpost in the tropics at Elmina, in present-day Ghana. His goal was to acquire as much gold as possible to bring it back to Lisbon. This first anchoring resulted, he writes, in “civilizational transformations” of Europe, Africa and the New World. It was Elmina’s gold that made possible the financing of the fleets that would propel Portugal into the Age of Discovery, especially in the voyages of Bartolomeu Dias, who sailed around the Cape of Good Hope in 1488, and of Vasco da Gama, who in 1498 landed in Calicut, in southern India.

But the story of Elmina, writes Mr. French, is “compelling” absent from “the teaching of history on this era of iconic discoveries”. West Africa brought Portugal around a tenth of the world’s gold supply, and this “river of gold buoyed up Portugal’s chronically weak currency, making it universally respectable for the first time”. The Portuguese treasure became known as Casa da Guiné (the House of Guinea), a reflection of the commercial importance of black Africa. Portugal’s monopoly on African gold left the Spaniards no choice but to seek their fortune “far beyond the Pillars of Hercules” and venture to the western ends of the Atlantic. And we all know how much the world has changed as a result.

As the expenses underlying the thirst for gold grew, says Mr. French, other sources of revenue had to be found. “Framed in its simplest form,” he writes, gold led the Portuguese to the slave trade. And it was slaves who enabled the flourishing of a lucrative new commodity – sugar – which “led to the birth of a truly global capitalist economy.”

If the strength of Mr. French’s book lies in its quiet but unyielding straightforwardness, it also lies in its empirical force. Consider his case study on tiny Barbados (21 miles long, 19 miles wide), the quintessential sugar island. When the first white settlers arrived there from England in 1627, it was uninhabited, a “consolation prize” in comparison with the Spanish West Indies. But between 1630 and the 1680s, Mr. French tells us, black slaves flocked to Barbados. They have grown to 75% of the population and 95% of the workforce.

Planters on the island purchased slaves in increasing numbers with money “obtained from willing creditors in England against future deliveries of sugar”. A Barbadian edict of 1636 stated that slaves would remain in servitude for life, providing the model for servitude throughout the hemisphere. Barbados, says Mr. French, was not merely “a pioneer in the development of chattel slavery”; it became “an extremely powerful motor of history” through the “prodigious wealth” it was to generate. By 1600, Brazil had supplied almost all of Western Europe’s sugar; by 1700, thanks to the disruptions in Brazil caused by the Dutch-Portuguese War, Barbados alone supplied half of Europe’s sugar dose.

Black slave labor – a quarter of a million of whom died working on Barbadian plantations over around two centuries – produced such a high return that sugar consumption in Britain increased 26 times in the space of 150 year. This caloric intake fueled the long working days of English factory workers. Sugar and slavery fueled the “modernization of business, politics and society in mother England” while driving a boom in banking, shipping and insurance.

In the American colonies and, later, in the United States, slavery gave rise to Big Cotton, which Mr. French describes as “a unique fusion of bookkeeping and brutality”. The “consensus estimate” of the number of Africans brought to the Americas, he says, hovers around 12 million. Lost in this “excruciating but far too careful accounting”, he adds, is the likelihood that an additional six million Africans were killed in the hunts that led to slavery. By taking away so many millions of people, he argues, the slave trade destroyed Africa’s ability to compete with other parts of the world “just as human society was first going global”. . Later, the European scramble for Africa and the curse of colonial cartography gave birth to 54 countries, many of them tiny, with random borders imposed by imperial whim.

Mr. French reserves his strongest judgment for the land that enslaved his own ancestors. Chattel slavery, he writes, is a “seriously underrated element of the resourceful and innovative, if morally depraved, capitalism of early America.” It is his view – which few would rush to argue with after reading “Born in Blackness” – that the sooner the “denial” of the role slaves played in creating America’s prosperity will be brought to light. rest, the better off Americans will be as a people. understand “the true place of their country in the history of the world”.

-Sir. Varadarajan, a Journal contributor, is a fellow of the American Enterprise Institute and the Center on Capitalism and Society at Columbia University.

He is a doctor. He is an actor. It’s an Indie Heartthrob.