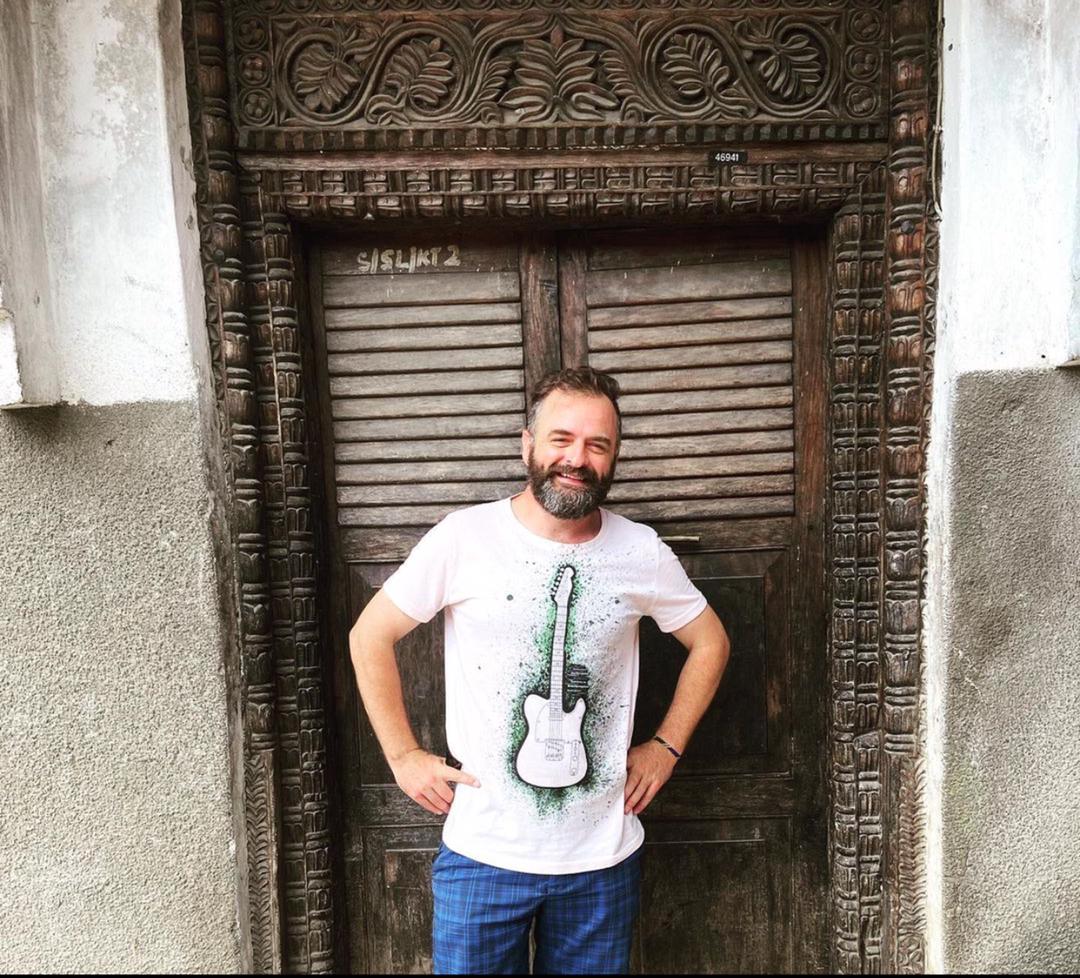 From Galston, Kilmarnock, Scotland, our international correspondent Shimbo Pastory spoke to Bongo Zozo seated in Southampton, England, in the south, about his journey with the Swahili language as the world celebrated World Kiswahili Language Day. Bongo Zozo stands out with the mention of a possible consistent global volunteer in the promotion of Swahili.

Bongo Zozo, our readers will love to know you.

My name is Nick Reynolds, known as Bongo Zozo, which is a Shona word meaning “chaos”. I happened to be in Zimbabwe when I started vlogging, so Bongo Zozo is a lucky character who made me who I am. My vlogs are based around Africa, and I mostly travel to Tanzania. I hoist the Tanzanian flag and my Swahili is mostly Tanzanian. Bongo Zozo is a platform and a way to share my experiences around the world and speak Swahili.

What inspires your passion for Swahili?

What inspires me in Swahili is first of all the fact that I married a Tanzanian woman, Mama Jessica, and that I now have two adult children. I lived in Tanzania for 18 years. I learned Swahili because I needed to communicate. I was amazed that people who speak English never learn another language; they have a kind of arrogance that English is a superior language, a business language, and everyone should speak my language. I wanted to take this learning path, I like to learn things. You look back at school and find that you forgot most things. But you can’t forget a language easily. It’s a useful tool that stays with you. So I decided to go and learn this language. When I was at university, it was a bit of a competition between us, the wazungu, to see who could learn Swahili the best.

I found it easy to learn Swahili because people, especially Tanzanians, are very happy to hear a foreigner try. On the way to Vijiwe, people burst out laughing when they heard Mzungu speaking Swahili from the street, “Mambo vipi…Hamna noma!” Swahili street is really cool, it makes people laugh. Even in my current vlogs, I use words like “kuchamba”, “kusuta”, words that will make people smile. I like to make people smile. I know that foreigners don’t know the accent; while I say “majimoto”, my European and American friends say “madjihmoutoh”.

What is the relationship between Swahili and the cultural diversity of East Africans?

In terms of cultural diversity and Swahili, there is an important link. Of course, if you don’t speak Swahili, you don’t really go to many people, especially in rural areas. I find a lot of East African cultures, more prevalent in rural areas; the cities are too western. It was the Tanzanian culture that attracted me in the first place. For example, reception. To feel the Tanzanian culture, you have to speak Swahili.

For example, when I first came to Tanzania in the late 1990s, some older men and women, even in rural areas, spoke very good English, I’m not sure now. There is a lot of cultural association with words. You have to learn a language to learn a culture. Just to give some examples, in the previous answer I used the word “kijiwe”, you cannot understand it outside of its cultural context. There is no word for kijiwe in English, because we can’t have one. People don’t sit under trees to talk and drink coffee. They don’t do it here in England. But it’s part of the beautiful Tanzanian culture, that’s why you have to know the word “kijiwe”.

Another word will be “kusindikiza”, which doesn’t translate very well in English. It could mean to accompany, but in context it means to accompany someone to their house so that they are safe from animals and majambazi (bandits). It’s different in England where people see you right at the door. There is also a word “Pole!” and many more. You can’t understand African culture if you don’t understand the language. Although pole can mean ‘sorry’, you can’t say to someone who has fallen on the streets here in England ‘Sorry! they just want you to help them up. In this case, the word ‘pole’ shows that the Tanzanian culture shows more care than the English culture.

Bongo Zozo in Kilimanjaro National Park. He has lived in Tanzania for 18 years and is married to a Tanzanian. PICTURES | CASE

What are your long-term plans to promote Swahili to the world?

In terms of long-term plans to promote the Swahili language, well, yes, I love speaking Swahili. But here’s the thing, I do vlogs, I do Facebook, and I don’t get anything for it. The reason I don’t get paid is because Swahili speakers don’t click on ads in YouTube videos. 89% of my followers are from Tanzania, around 8% from Kenya and the rest is a mix of people from DRC, Comoros and Uganda.

I hosted Drew Binsky, a great YouTuber, who I took to the Serengeti. He showed me the app where he makes $60,000 a month from his travel vlogs, but I get $3 a month. Swahili speakers don’t click on ads, that’s why I don’t get paid. It’s also a reason no one else does.

I don’t do it for the money, it’s because I love the Tanzanian people and I use the opportunities of my travels to promote Tanzania. If you’re doing it for the money, there’s no hope. There are hundreds of people who travel the world and share their experiences in English, and there is one who does the same in Swahili, and that is me. But I understand, because among Swahili speakers and Tanzanians in particular, we are not yet at the stage of buying online. Facebook, which is my biggest platform, does not support Swahili for ads; we hope to get there over time. But I plan to continue vlogging in Swahili.

Do you think your effort is appreciated?

I don’t do it to enjoy. But it’s nice and it will be nice to be appreciated.

Do you encounter difficulties in promoting Swahili?

I face no challenges with my promotion of Swahili.

What should we have in view with the current global adoption of Swahili?

It’s a very interesting question because it has to do with money. There will be a time when I will also look forward to earning money from the initiatives that will accompany my efforts to promote Swahili. When I speak Swahili, people listen to me. I would say that you have to invest money in promoting it and that money must be used wisely.

I will take Squid Game as an example. Although many people watch it with subtitles, you hear the Korean language coming out and it was broadcast all over the world.

Now why can’t African magic movies or any movie go global? We must recognize the need to sell what we have. Most African films are produced on a low budget; and another key thing, they discuss topics that world audiences don’t care about, lots of witchcraft and “umbea” (gossip); and if there are subtitles, they are often mistranslated. What needs to be done is for more money to be directed to filmmakers to improve their production and to invest in qualified and competent expertise in developing the subject, so that a story about Africa can be equally interesting and attractive to the whole world. spectators.