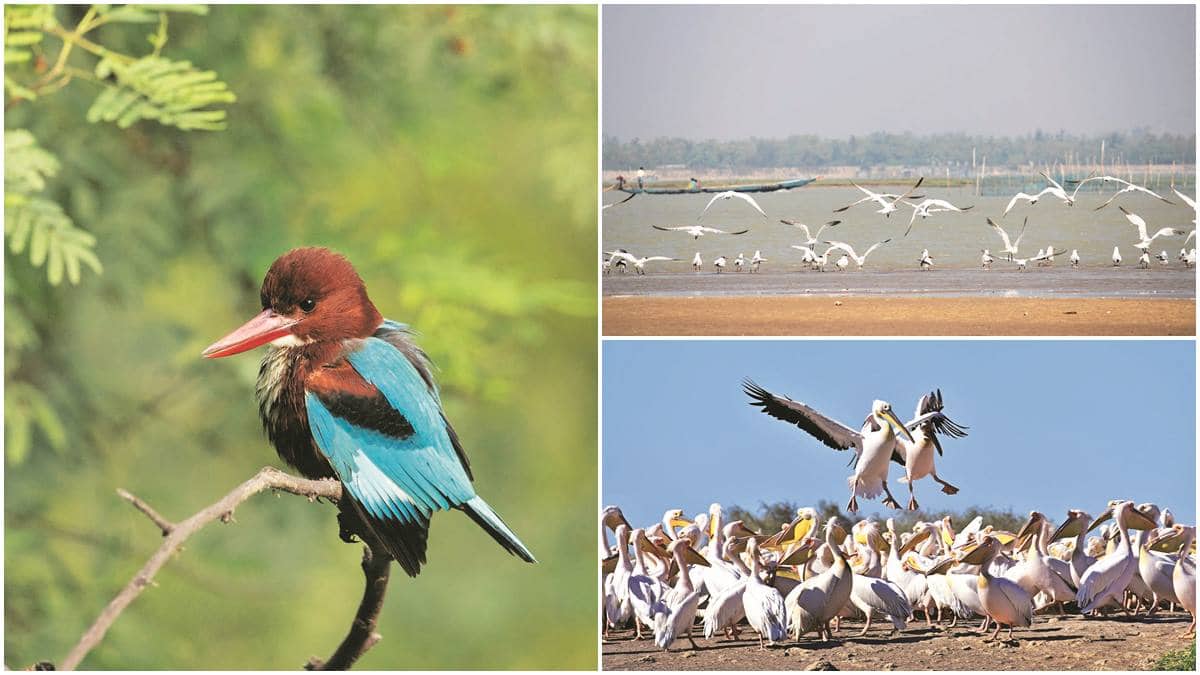 Bird Watcher’s Paradise: Here are some popular bird sanctuaries around the world to visit

World Migratory Bird Day is celebrated twice a year – on May 14 and October 8. This year’s theme for the Day was “light pollution”, as artificial light, which is increasing globally every year, is known to have adverse effects on bird species. , resulting in disorientation when flying at night. As we look forward to a better space to coexist with the flora and fauna around us, here are some popular bird sanctuaries around the world to visit.

Bharatpur Bird Sanctuary is now known as Keoladeo National Park. It is one of the world’s most important breeding and feeding grounds for birds. In the 1850s, the sanctuary was used as a royal hunting reserve for the Maharajas and the British. Lord Linlithgow, who was the Viceroy of India from 1936 to 1943, is said to have shot over a thousand ducks in a day with his hunting party. However, in 1982 Keoladeo became a national park and in 1985 UNESCO declared it a World Heritage Site. More than 370 species of birds and animals are found in the park. Today, a number of birdwatchers and hikers visit the park to spot rare species of birds like the Siberian Crane.

Also Read: 10 Tips to Get Attention as a Travel Influencer

The Harry Gibbons Migratory Bird Sanctuary is located in Hudson Bay on Southampton Island in Canada. Its establishment was proposed in 1957 by the Canadian Wildlife Service (Environment Canada). This was done to protect the area which is an important site for lesser snow geese. Most geese nest around the Boas River delta, as the grassy islands provide an abundance of nesting places. Other important bird species found here include Atlantic Brant, Cackling Goose, Ross’s Goose, Common Eider, King Eider, Long-tailed Duck and the Tundra Swan.

The Kuala Lumpur Bird Park in Malaysia’s Kuala Lumpur Lake Gardens is home to over 200 species of 3,000 local and foreign birds. It is approximately 20.9 acres and the park is divided into four zones – the first two make up the free flight zone, Zone 3 is Hornbill Park and in Zone 4 the birds are kept in cages and separate mini aviaries. The first three areas resemble the natural habitats of the birds and they are left free there so that they can survive and reproduce naturally.

Chilika Lake is a saltwater lake and shallow lagoon distributed in Puri, Khurda and Ganjam districts of Odisha. It is fed by 52 rivers and streams and its water body area varies between 900 and 1165 km2 in summer and monsoon, respectively. The lagoon has a number of islands including Krushnaprasad, Nalaban, Kalijai, Somolo and the Birds Islands. Over 800 species, including rare, endangered and threatened species were recorded at Chilika during a survey in 1985-87. It is also a breeding ground for flamingos and is home to animal species like blackbuck, golden jackals, spotted deer and hyenas. Aviaries like Love Aviary are home to Indian Rose-ringed Parakeets, Brahminy Land is home to Brahminy Kites, Flamingo Pond has Flamingos, Bulbul Land is home to Bulbuls, and more. Once can also indulge in activities like bird feeding, bird show, boat ride and more.

One of Singapore’s most iconic and oldest attractions, Jurong Bird Park is home to 3,500 birds like parrots, flamingos, eagles and penguins. Recently, the park announced its closure after 50 years. However, it will join the Singapore Zoo and Night Safari to form an ecotourism center in northern Singapore. Mandai’s new eco hub will reopen in 2023.

The Djoudj National Bird Sanctuary is located in the Senegal River Delta and is a 16,000 hectare wetland. It also includes a lake surrounded by ponds, backwaters and streams. It is home to around 1.5 million birds like the white pelican, purple heron, African spoonbill, great egret, cormorant and a variety of migratory birds. Previously, seasonal flooding and the influx of ocean salt water had alternate cycles at the sanctuary. However, this was corrected with the construction of the upstream and downstream. Its range of wetland habitats is a big draw for migrating birds, especially those crossing the Sahara. Pelicans and flamingos are the species most frequently encountered in the sanctuary.

Kumarakom Bird Sanctuary, located in Kottayam district of Kerala, is one of the most popular bird watching spots in India. It covers 14 hectares and is home to a number of rare bird species. It is located on the banks of Vembanad Lake in Kottayam, and thousands of migratory birds flock there. June and August are the best times to visit the sanctuary as it is the breeding season for birds like Indian darter, little cormorant, species of egrets and herons, white ibis and others.