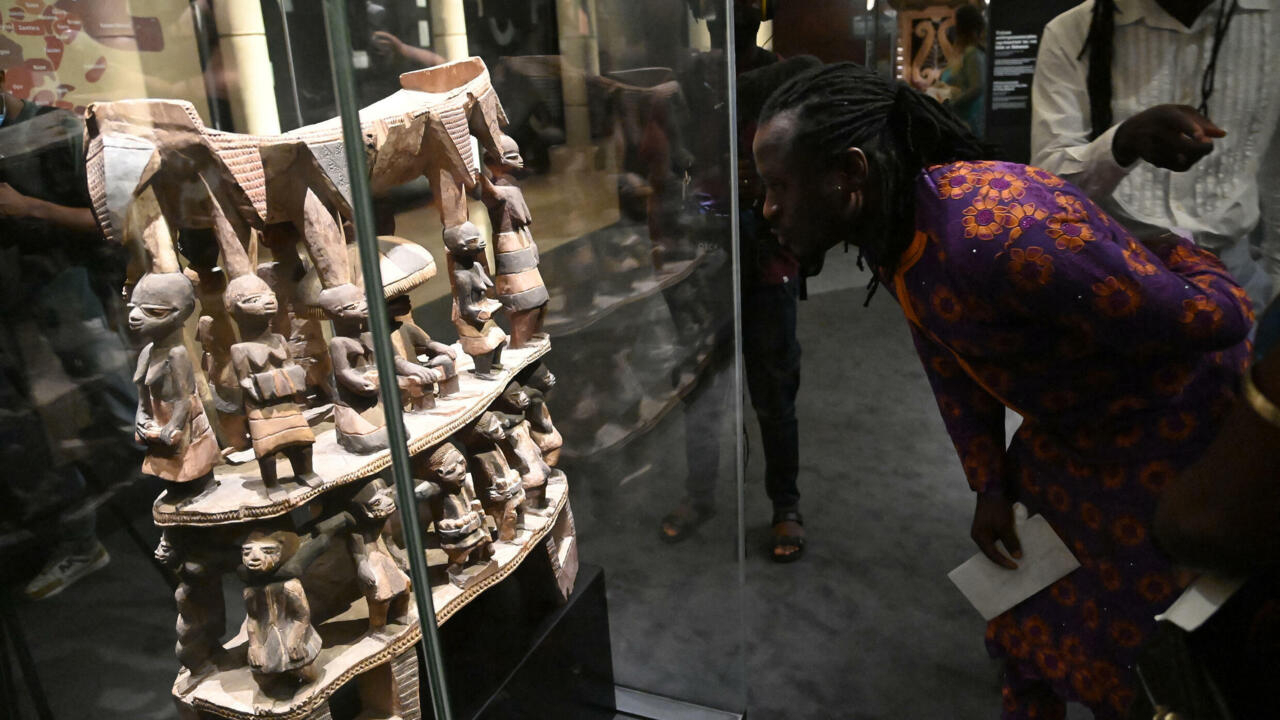 Beninese President Patrice Talon will inaugurate on Saturday an exhibition of historic works of art returned by France last year, nearly 130 years after they were stolen by colonial forces. The pieces are to be displayed alongside works by 34 contemporary artists, part of a billion-euro initiative to strengthen the country’s cultural infrastructure.

The 26 pieces, some considered sacred in Benin, will be on display from Sunday in a 2,000 square meter (21,500 square foot) space in the presidential palace in Cotonou as part of an exhibition titled “The Beninese Art of ‘yesterday and today’.

France’s return of the artefacts comes amid growing calls in Africa for Western countries to return colonial remains from their museums and private collections.

Britain, Belgium, the Netherlands and Germany have all received requests from African countries to return lost treasures. Germany and Belgium have taken steps similar to those of France, launching restitution processes with Nigeria and the Democratic Republic of Congo.

The 26 coins returned in November after two years of negotiations between Paris and Cotonou, were stolen in 1892 by French colonial forces in Abomey, capital of the former kingdom of Dahomey located south of present-day Benin.

“With this exhibition, we are giving back to the people of Benin a part of their soul, a part of their history and their dignity,” Beninese Culture Minister Jean-Michel Abimbola told AFP.

The objects “have been taken from a kingdom, but they return to a republic”.

Before its unification, Benin was made up of several kingdoms, including Dahomey, known for its dynamic artistic culture.

In the first room of the exhibition, huge black walls offer the solemnity of a display of the thrones of Dahomey, including the wooden and metal sculpture throne of King Ghezo.

“Since it was installed, I haven’t stopped looking at it,” said Theo Atrokpo, one of the exhibition guides.

“I had already seen it at the Quai Branly museum in France, but seeing it here, at home, brings a part of our soul back to life and reconnects with our history.”

President Talon will officially inaugurate the event on Saturday evening before it opens to the public.

Alongside the royal treasures, the works of 34 contemporary artists have been selected for the exhibition.

“It’s very moving to be in front of this throne. But I never imagined it would be so big,” said Laeila Adjovi, a Franco-Beninese artist whose work is also on display.

“Over the next four years, approximately €1 billion will be invested in the country’s cultural infrastructure, with the construction of four world-class museums focusing on everything from the history of slavery to voodoo and culture. “contemporary art. The plan is to make the art, culture and tourism that hopefully accompanies this investment an important part of the country’s economy.”

“The return of these early 26 works is also part of a larger effort to attempt to recover parts of Benin’s artistic heritage that are currently held elsewhere.”

“The show is part of the government’s plan to put Benin on the map as a world cultural center.”

French President Emmanuel Macron has been working to restore African heritage, as part of his broader efforts to turn the page on France’s troubled relationship with Africa. During a visit to Burkina Faso in 2017, the leader pledged to “return African heritage to Africa”, acknowledging the “undeniable crimes of European colonization”.

Benin’s culture minister said discussions were underway to return other items, including the sculpture of the god Gou, which is in the Louvre museum in Paris.

French lawmakers passed a bill in 2020 allowing Paris to return artifacts to Benin and Senegal, another former French colony, more than a century after they were looted by colonial forces.

Some were seized by colonial administrators, troops or doctors and passed on to descendants who in turn donated them to museums in Europe and the United States.

But others were gifts to missionaries or acquired by collectors of African art in the early 20th century or discovered by scientific expeditions.

A report commissioned by Macron counted some 90,000 African works in French museums, including 70,000 at the Quai Branly alone.

The return by France to Benin of these 26 works of art has fueled the hope that other European countries and cultural institutions will follow. The report notes that hundreds of thousands of other objects are kept in Belgium, the United Kingdom, Austria and Germany. National museums in Africa, on the other hand, rarely have collections exceeding 3,000 works. These objects also often have less artistic value.