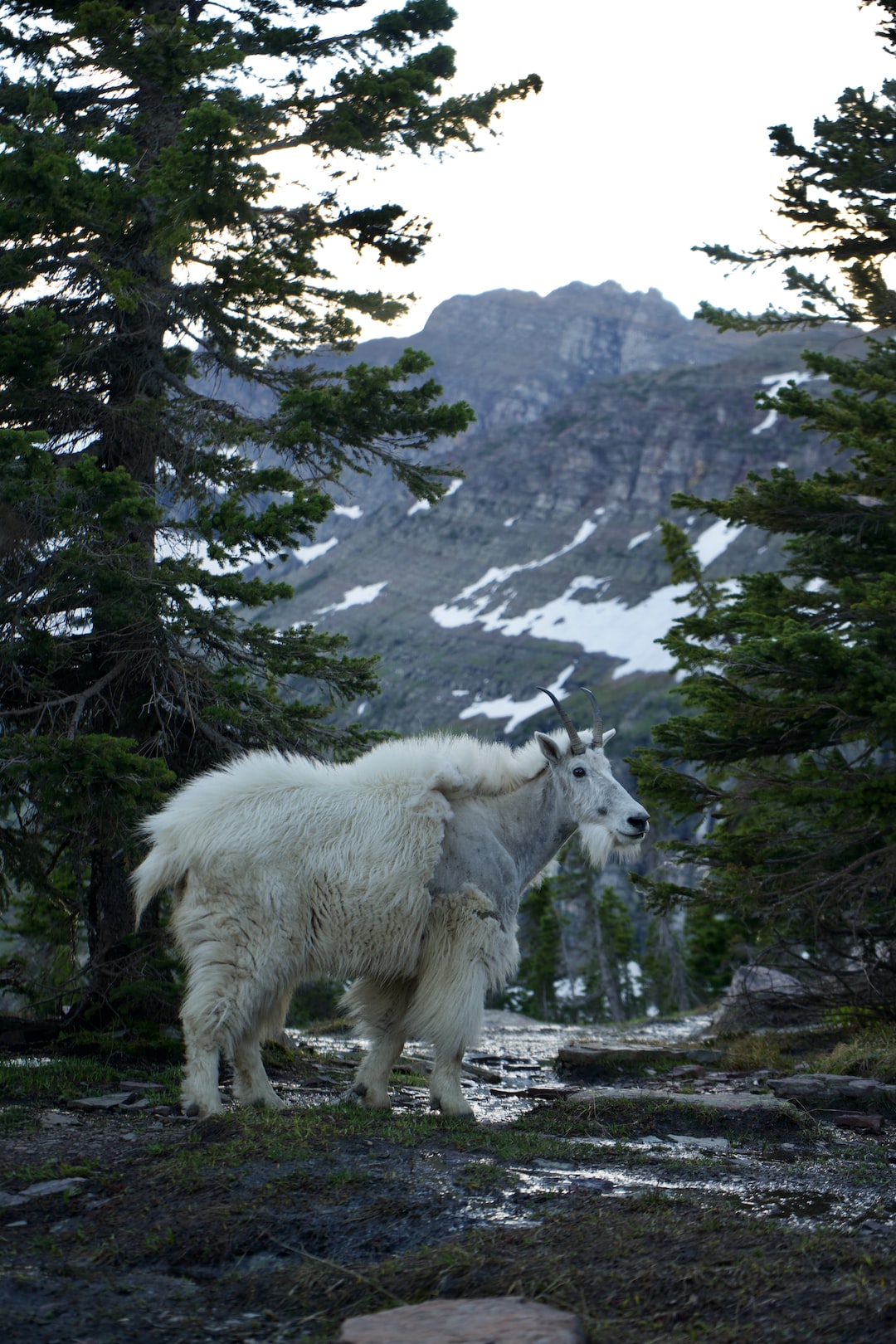 Gray Africa and WPP-Liquid were honored at the 2021 Cannes Lions International Festival of Creativity, receiving two Bronze Lions in the categories: Direct> Use of mobile and digital crafts> Technology> Native and integrated features (a first SA).

The Cannes Lions Festival is the world’s largest annual awards ceremony in the fields of advertising, marketing and communications. The festival was canceled in 2020 due to Covid-19. This year, the judging and the announcement of the winning works of the 2020 and 2021 competitions took place online.

The Bronze Lions received by Gray Africa and WPP-Liquid were awarded for the Decolonize Autocorrect initiative – which created a multicultural linguistic feat that updated autocorrect to include all 11 languages.

“’Decolonise Autocorrect’ also recently received two coveted mobile awards at One Show and a Silver Clio in the Digital / Mobile – Emerging Technologies category. The Decolonise Autocorrect initiative is an example of how a creative idea can manifest itself through technology when incorporated into a once unworkable campaign.

Steph van Niekerk, Creative Director of Gray Advertising Africa, explains: “Since my very first day on the Savanna account, my dream has been to win international awards on this iconic local brand. Cannes has proven that it is entirely possible, and we will continue to challenge ourselves and push ourselves to do even better next year. What’s exciting is that this upward creative trajectory is translating into tangible business results, with Savanna seeing unprecedented growth in volumes and brand value.

Brand South Africa’s flagship program, Play Your Part, turns 10 this year. The national social movement that was created to inspire, empower and celebrate active citizenship in South Africa is celebrating this milestone with the launch of an initiative that recognizes and recognizes South Africans contributing to positive change.

Brand South Africa is honored to announce the launch of the Play Your Part Awards 2021, a nine-category awards program that celebrates citizens who have demonstrated an unprecedented concern for their community, the environment and the status of our country. socio-economic equity.

“Every day across the country ordinary South Africans do amazing things. Active citizens are building the country with their own hands, minds and hearts and they will not go unnoticed, ”said Sithembile Ntombela, Acting Marketing Director at Brand South Africa.

the Play Your Role Award 2021 now call on the public to nominate individuals, organizations and companies who have made a significant contribution to the creation of an active society capable of solving its own development challenges, promoting the building of a sustainable nation and being proud and patriotic.

Winners will be announced periodically throughout the year and will receive a certificate, official prize and cash prize to be injected into their winning initiatives.

Ogilvy Cape Town and the Rape Crisis Trust were honored at the 2021 Cannes Lions International Festival of Creativity by receiving a Silver Lion in the Print: Not-for-Profit category. The Silver Lion was awarded for the “Rape Page”, which turned a daily newspaper into a weapon against rapists.

Zeenat Hendricks, communications specialist at Rape Crisis, said: “Advertising is multi-layered. It functions as an advertisement, as awareness raising, as information, as a resource and tool for survivors and as an innovative way to start the conversation on a difficult topic. Just a few days ago, we were still “managing” and “interacting” with our online audiences around this print ad. ”

Ogilvy partnered with Rape Crisis to identify areas of Cape Town with the highest rape statistics and designed a two-page print ad and placed it on the center page of the Athlone News – raising awareness where it is most needed.

Cape Town radio stations and local celebrities were tapped to help publicize the campaign, through organic prints. Within hours, the campaign reached an estimated 7.1 million people on the day it was launched, and by the end of the day, Rape Crisis appeared on national radio stations, giving this crisis the attention it received. desperately needed.

‘The Rape Page’ has 6 2021 bookmark finalists. It recently received an In-Book at the 2021 D&AD Awards, in the Print & Outdoor category. He also received a Merit at One Show the previous year and a Silver medal at the Loeries.

Announcement of the 2021 promotion of emerging creatives

South Africa’s oldest platform to support young emerging talent is the Design Indaba Emerging Creatives program. Now in its 16th year, the program continues uninterrupted in 2021 after completing its previous cycle in March 2020.

For 2021, the Design Indaba Emerging Creatives approach has been reformatted according to the time. The new program takes the form of an extended virtual exhibition and individual profiles online at www.designindaba.com, documentary videography, ongoing social media content on the thriving Design Indaba channels, masterclass sessions with international and local experts that include UK-based Artsthread (one of the world’s leading resources for and about young talent ), and inclusion on the next Design Indaba program. launch of the presence of Google Arts and Culture. All this to celebrate the new generation of creators who have emerged through the submissions and curatorial selection process.

Design Indaba Emerging Creatives is supported by the Department of Sports, Arts and Culture with the aim of nurturing new talents.

The Design Indaba is pleased to announce its 2021 inductees, ranked according to their respective disciplines:

The first SASMA Awards were launched at the end of May and opened applications to the public to nominate their favorite social media personalities.

Recognition for the achievements of three South Africans who entered the Old Mutual Sisonke competition saw their contributions to society rewarded with a cash award of Rand 150,000.

The three local winners were drawn from 26 local entries, while Old Mutual in Malawi, Kenya and Zimbabwe also provided three winners per country, with matching prizes in local currencies.

The South African winners are: JumpStart Foundation which will receive 100,000 Rand for its Gauteng NGO initiative to improve essential foundational skills in math, robotics and coding. The finalists, who will each receive R25,000, are Goedgedacht Trust, whose initiative has created several interconnected programs within their Path Onto Prosperity (POP) program. The program responds to the needs of children and empowers them to become healthy, confident, educated and competent members of their community. The other participant that caught the judges’ attention was the Helping Hearts And Hands Foundation, whose initiative serves as a community resource center in the Western Cape, delivering social programs to underprivileged communities, ranging from food and health to empowerment programs.

After the inauguration last year INMA Prize 30 Under 30, applications are open for this year’s awards. This is an opportunity to highlight the exceptional achievements of young professionals in news media around the world. The nomination deadline is Friday July 31, and nominations are free.

Awards are looking for rising stars under the age of 30 with evidence of: Early career achievement. Insights into innovation. The ability to influence. Leadership potential. Passion for news media. Beyond the international recognition of their achievements, the winners have access to two INMA Master Classes, membership and more.

This is an incredible opportunity to raise young professionals under the age of 30 in your business. The nomination is a reward in itself; winning an international competition like this can change a career. Do you work with such people in your business? If you know someone who is eligible for the INMA 30 Under 30 Awards, can you forward this email to them? The application is available by clicking here.

Want to continue this conversation on The Media Online platforms? Comment on Twitter @MediaTMO or on our Facebook page. Send us your suggestions, comments, contributions or advice by e-mail to [email protected]

You should probably purchase Covid insurance before traveling