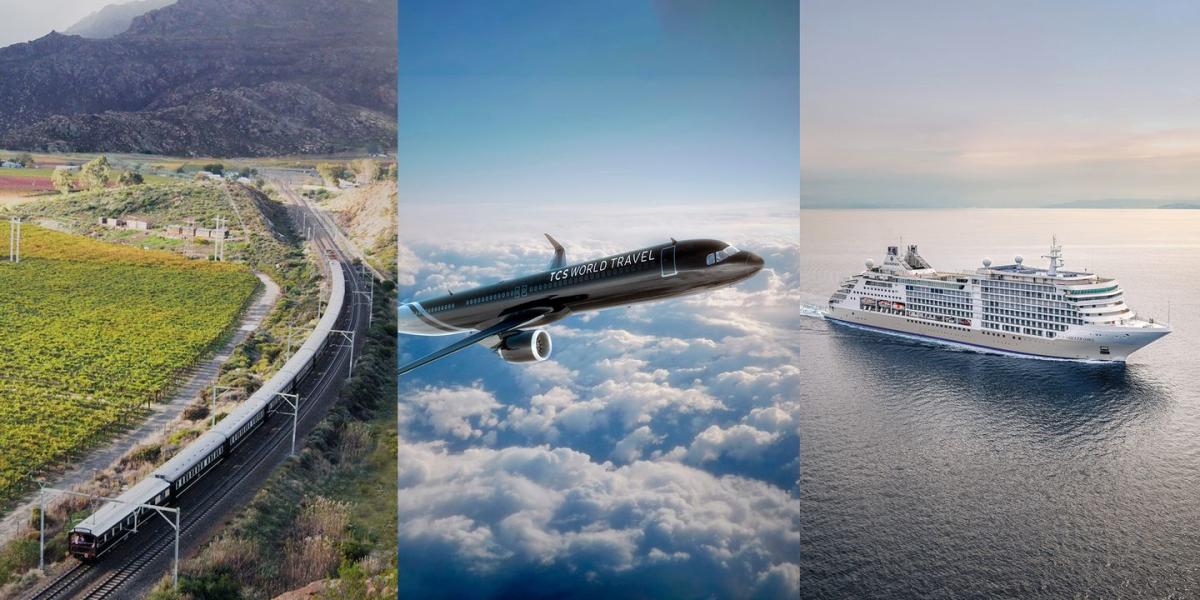 Are you a logistics phobic? Travel with ease by plane, train or boat.

The need to check in and unpack once, it has been said, is why God created cruises, as well as private jet and train travel. We couldn’t agree more. If you love nothing more than all the gnarly logistical details taken care of for you as you travel the world, consider these trips.

Consider traveling with the private jet travel company TCS World Travel as the most upscale group travel possible, with every effort made to personalize what you desire. The jets are leather-seated A321neos (operated by Titan Airways) custom-configured for 52 travelers (in stretched comfort) and 18 staff (including lecturers, a chef and a doctor). The plane lands in places that are often remote and difficult to connect for stays of two to three nights (in the best hotels and lodges).

You have revealing local experiences, spotted and refined by the expedition leaders from two years before departure. And every detail – paperwork, customs, tips, even your carry-on – is taken care of for you. The new 15-day World Less Traveled trip (ideal for this era of overtourism) visits five destinations in Africa, South America and the Arabian Peninsula. Included: the thousand-year-old desert city of Alula, Saudi Arabia; the tiny West African nation of Togo; Tunisia; Senegal; and Salvador, Brazil. All you have to do is introduce yourself.

Few modes of transport are more soothing (and without border logistics) than a luxury train. South African society Rovos RailwayThe new 15-day Trans-African itinerary, Trail of Two Oceans, crosses the continent from the Indian Ocean (Dar es Salaam, Tanzania) to the Atlantic (Lobito, Angola). There are off-train guided expeditions on the way: a visit to the Selous Game Reserve, the largest in Africa; a trip to the rock pools below Chishimba Falls in Zambia; a visit to a mine in one of the largest cobalt and copper zones in the world in the Democratic Republic of Congo. Halfway through, you’ll leave the train for a two-night game drive in South Luangwa National Park, rich in Zambian flora and fauna.

But it’s just as satisfying to simply admire the scenery through the train’s huge glass windows: the baobab forests of the Rift Valley or the dramatic and wild peaks of the Udzungwa Mountains. Royal suites occupy half a car, with private parlors and Victorian baths. Excellent South African wines are served. And there’s also time travel: you’ll get dressed for dinner.

The need to check in and unpack once, it has been said, is why God created cruises. Word has spread: the longer the cruise, it seems, the sooner it sells out (all those adventurers working from home?). Act fast to score a cabin on the Cunard Line Queen Mary 2The historic 117-day Centennial World Voyage in 2023. No effort will be spared on this round-trip sail from New York City (January 3-April 30). There are stops including, after the UK (take a deep breath): Lisbon, Crete, Egypt (with transit through the Suez Canal), Oman, Abu Dhabi, Dubai, Sri Lanka, Malaysia, Singapore, Vietnam, Hong Kong, Indonesia, Australia, Mauritius, South Africa, Namibia and Spain. Then there are the liner’s extravagant parties, VIP access to venues, and “your wish is our command” service.

If you are planning well in advance, consider Silversea‘s recently announced “Controtempo World Cruise 2025,” which travels to 59 destinations in 30 countries, starting in Tokyo in January, off-season and off the beaten path. There’s no better way to see the world again without lifting a finger.

India’s most extravagant train, the Maharajas’ Express, makes traveling in this daunting country easy to navigate. The seven-day Indian Panorama itinerary hits the essentials, and tours are punctuated with spa treatments at top hotels and theatrical dining. (Departures October to April)

This story appears in the October 2022 issue of City & Country. SUBSCRIBE NOW