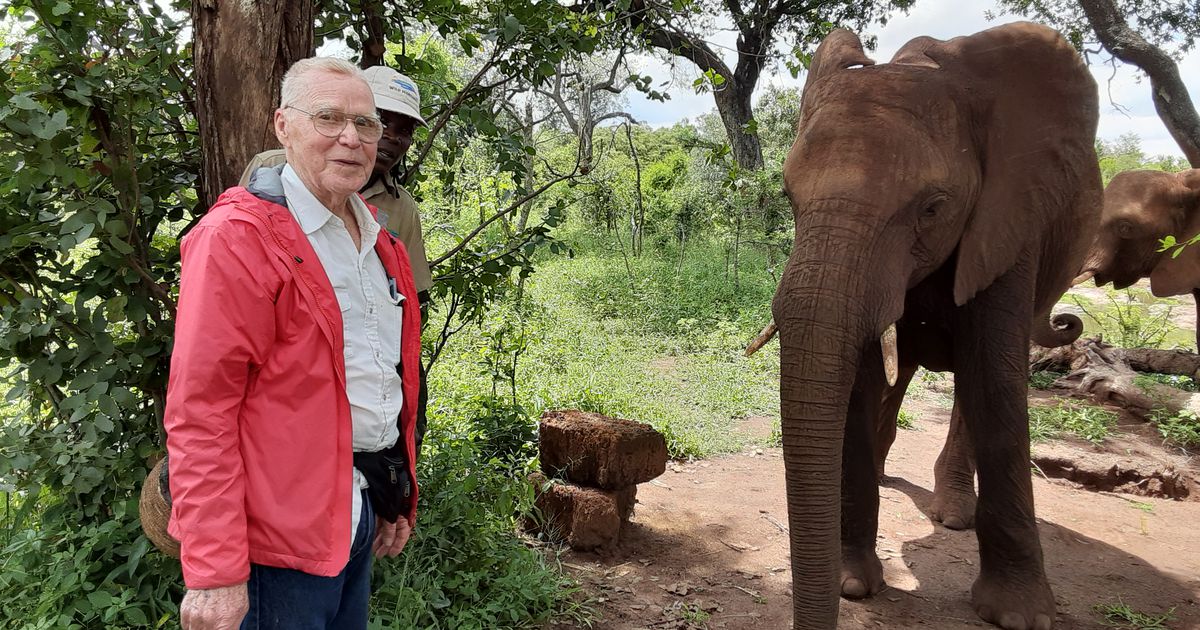 To celebrate his 85th birthday last year, Johnson organized an 85 mile bike ride with Brun and her husband, Carl, on the Creekside Trail starting near Johnson’s house in Dayton. A photo commemorating Johnson’s feat appeared in the Dayton Daily News at the time.

Johnson was a regular presenter at the Dayton Backpacker Campfire, Miami Valley Outdoor Club meetings, and the Adventure Summit. He has also presented at the Vandalia Senior Center and Friendship Village, a senior community, as well as several times for Dr. Seuss Day at Dayton public schools and Catholic elementary schools in the area.

Throughout his travels, Brun said, Johnson would write about his experiences, sparing no detail, right down to the clothes he took with him, the foods he ate and the cultural details of each place. In total, Johnson has written and published over 30 books.

â€œAllen was very gentle and he never knew an enemy,â€ Brun said. â€œHe befriended everyone; he was so sociable. He could easily converse with people and get them to talk about stories; he loved to listen to stories and he loved to tell them. He made you feel very important.

Johnson was predeceased by his wife, Gloria Johnson, and son, Donald Johnson. He is survived by his daughter Judith Johnson-Holliday of Dayton; grandchildren: Paul Johnson and Tracy Johnson, of Perryville, Missouri; Kelsey Erickson, Emily Holliday and Jessica Holliday, of Dayton; and many other family, friends and relatives.

A public tour / celebration of life will take place at 5 p.m. on Tuesday, December 21 at Living Waters Lutheran Church in Washington Twp. Johnson will be laid to rest at Dayton National Cemetery with services in charge of Tobias Funeral Home.

We bet 14 fashion brands will reach viral status in 2022